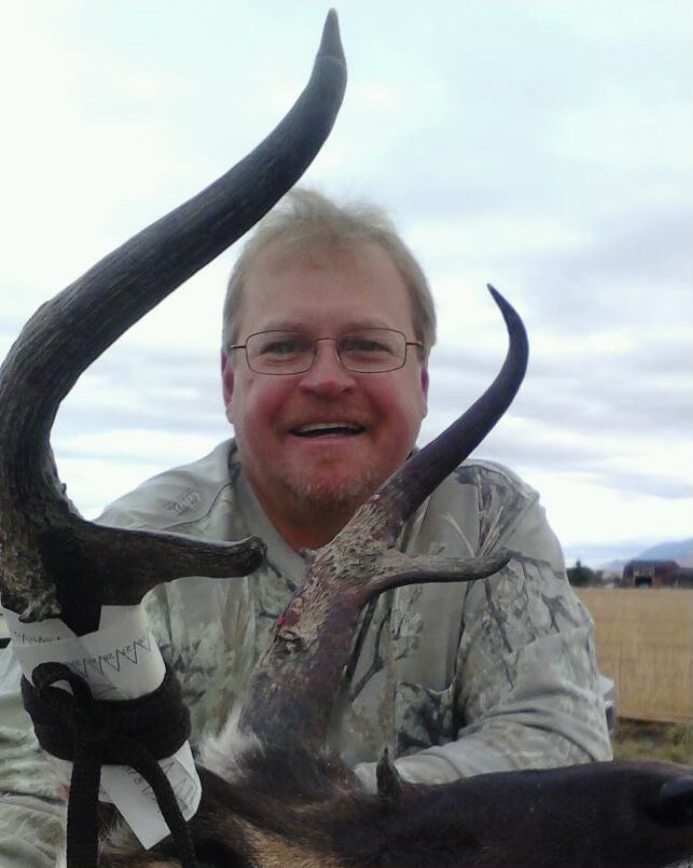 William Mose Halvorsen (Willy) left us early Thursday morning, July 29, 2021, after a short illness and only hours after his wife, Beth Halvorsen, lost her long, courageous battle with cancer.

Willy was born November 17, 1964, in Butte, Montana, to Edgard and Jean Halvorsen. He was the oldest of four boys: Willy, Wayne, Eugene, and Dennis. He attended Butte schools and lived his 56 years around the Butte and Whitehall area.

Willy enjoyed hunting and fishing and spent the majority of his time outdoors. He prides himself in showing his sons and grandsons how to hunt and fish. Tanyon and Toston were his pride and joy and he always lit up when he was around them. You could always find him posted up somewhere in Rochester Basin with a glass of wine and a smirk on his face.

Willy married his high school sweetheart, Ala Krzan. They had two sons together: Eric and Levi Halvorsen. After many years, later divorced, and he remarried Beth Halvorsen (Choquette). They enjoyed their time together living on the Jefferson River.

Willy was an Autobody man and owned his own business for a short time. Throughout his career he worked for several different body shops including Mountain West, Interstate, J&C, and J and J Auto Body.

Willy spent most of his life in Butte, Montana, but the last 15 years he spent raising hell in Whitehall, Montana, and the Jefferson Valley. He was arguably the “toughest SOB that ever walked the streets of Butte”.

Cremation has taken place and the family asks that you join them in a celebration of his life on August 2, 2021 at 1:00pm at the East Side Athletic Club.

Please visit below to offer a condolence or share a memory of Willy.

Axelson Funeral and Cremation Services has been privileged to care for Willy and his family.