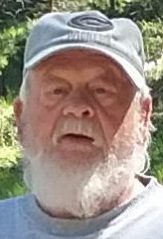 Mike spent his childhood and adolescent years in Butte. He worked for the Anaconda Company. He also drove a school bus for Butte School District #1 and Butte Head Start. His family fondly remembers that the kids often thought of Mike as Santa Claus because of his crisp blue eyes and other such features. Mike also served in the Naval Reserves and was honorably discharged when needing to return home to help his mom care for his siblings.

Mike married Sandra Milan and they had one child, Terry. He enjoyed his time with his wife and son. He also cherished hiking, hunting, and fishing – he was an avid outdoorsman.

Mike is survived by his son Terry and Cynthia Faulkner, granddaughters, McKenzie and Madison, his brothers, Al, Steve and David, and his sisters, Naomi, Sherie and JoAnne.

Mike is preceded in death by his wife, Sandy, mother, Marjorie, sisters, Margie, Shirley, Patty and Dorothy, and his brother, Charlie.

No services will be held at Mike’s request. He has been cremated and laid to rest at Mount Moriah Cemetery with his wife. Please visit below to offer the family a condolence or to share a memory of Mike. Axelson Funeral and Cremation Services has been privileged to care for Mike and his family.

Mike and Sandy are in their jeep chasing the sun.