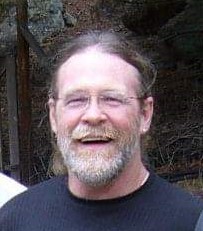 William “Bill” Christie passed away on March 15, 2022 after a short illness. He was born on October 25, 1957 in Butte, the second eldest of four children born to Alex and Myrtle Christie.

Bill graduated from Butte High School in 1975 and relocated to Portland, Oregon in the early 1980’s.  He worked as a Cadillac dealership master mechanic, Harley Davidson mechanic, and later became a master carpenter –  retiring in 2011.  Bill continued to use his expertise helping friends in all things from mechanics and woodworking to sewing machine repairs and preservation of antiques.

Bill had a great sense of adventure and loved the outdoors.  He found peace and enjoyment exploring new places and meeting new friends riding his Harley, taking along his fishing pole to “wet a fly” in the beautiful waters of the Pacific Northwest.

After returning to Buxton upon his retirement, Bill found passion as a coach/volunteer with the Anaconda Smelter City AllStars Special Olympic team where he took great pride in his support of the athletes.  Bill also volunteered his time with the Anaconda Community Friends 4H Club and supported its members every year at the Tri-County Fair.

Bill was very proud of his Scottish and local ancestry which included the family names of Christie, Leys, Lee, and Lindsay, who were so integral in the early history of Butte.  Some notable family members included Judge John Lindsay (judge during the Copper King days), A.S. Christie (optometrist/jeweler) and James Leys (jeweler) co-founders of Leys Jewelry, Colin Christie (optometrist/jeweler) who became the owner of Leys Jewelry, where his parents also worked until it closed in the late 1960s.

Bill was preceded in death by his parents, Alex and Myrtle Christie; and close friend Lloyd Autrey.

Bill is survived by his son Brad (Cori) Brooks (Nevada) and grandchildren Leah and Beau; and by son Ezra (Lauren) Alexander (Oregon) and granddaughter Meta.  He is also survived by siblings: brother Jim (Judy) Christie (Nevada) and his daughter Malia; brother Bob (Kerianne) Christie (Washington) and his children Jacob and Nicole; and sister Jan (Doug) Torpey (Buxton) and their children Michael and Lindsay.

A Celebration of Life Service, privately organized by the family, will be held at Mount Moriah Cemetery in Butte on Saturday, April 9, 2022 at 2:00.  In lieu of flowers, donations may be made to an organization of the donor’s choice.

Please visit below to leave a condolence for the family or to share a memory of Bill.

Axelson Funeral and Cremation Services has been privileged to care for Bill and his family.