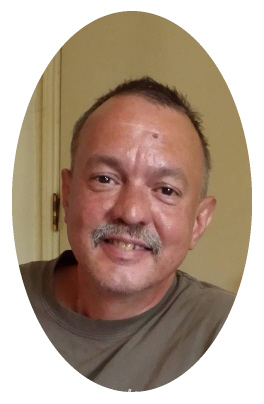 Though he often described himself as understanding that he was a colicky baby, Todd was a healthy, curious and active child. He was a bright and eager student of things both educational and of life itself, most interested in science and nature. As a pre-teen, he was often heard to say that his life’s ambition was to both own and pilot the first commercial space craft to and from the planet Mars. Appointed to the United States Air Force Academy, many thought he might be headed to make that a reality, but his life went in other directions.

In August of 1991, Todd married the love of his life, Jenni Hillary, a union to which three children were born, Jenna, Nicholas and Maggie.

Todd loved the outdoors, and seemed always busy helping others with the tasks of life. But he was most passionate about food. Whenever someone called him a chef, he always countered by saying, “I’m a cook; I feed people.” He seemed most happy and at peace in the kitchen.

Todd passed away at home in Deer Lodge, on Sunday, November 15, 2020. He was preceded in death by his mother, Sharon, his Step-dad, Doug, and his brother, Mike. He is survived by his wife, Jenni, and his children, Jenna, Nick and Maggie “Moo”, his father, Rob and step-mom, “Mother Lori”, brothers Wade, Trebor, Glenn, David and Johnathan and sisters Chris, Tara and Danyelle, and many nieces and nephews, whom he cherished.

Todd returned to Montana, intent upon returning to the place he called home, in the Bull Mountains outside Roundup, Montana. He talked often of his memories of that place, on Harper’s Coulee; which always included his dog, Poacher, his pig, Guy, (who thought he was a dog,) and his chickens.

Paul, in Romans 6:4-5 said, “Therefore we have been buried with him by baptism into death, so that, just as Christ was raised from the dead by the glory of the Father, so we too might walk in newness of life. For if we have been united with him in a death like his, we will certainly be united with him in a resurrection like his.” Todd firmly believed that he was joined to Jesus Christ in his baptism and would be joined to him in resurrection.

Henry David Thoreau said “Spring is a natural resurrection, an experience in immortality.” A memorial service is planned in the spring, and his ashes will be spread in the place he called home.

Please visit below to offer a condolence or share a memory of Todd. Axelson Funeral and Cremation Services has been privileged to care for Todd and his family.