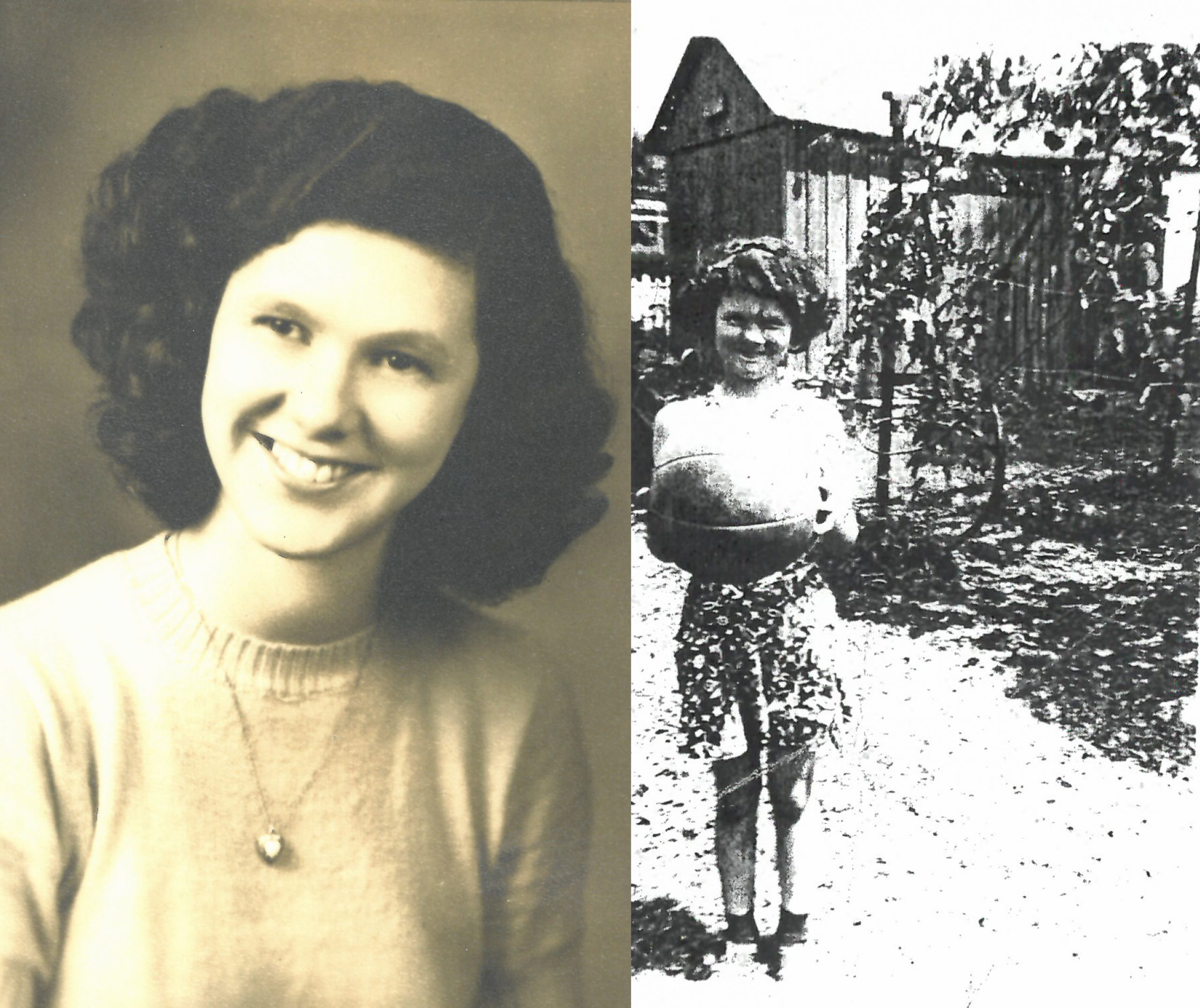 Our wonderful mother, Shirley, died peacefully on the afternoon of October 18th, in Butte Montana, of old age. She was at the home of her son and daughter in law, who were at her side as she left this earthly world and began her spiritual journey home.

Shirley was born on August 12th, 1930—in Washington Indiana– and was blessed to grow up in a healthy, happy family environment. Her parents Ezra and Myna Moren along with her two older sisters Mary Ellen and Vera, provided a solid family unit. Shirley was a bit of a “tom boy” and enjoyed living on the farm, all of the animals, and everything sports, especially basketball, softball, and football. She played the Sousaphone in the High School marching band and enjoyed school, church, and family activities.

In 1952 Shirley graduated from Indiana Central College with an English degree. She was a member of the women’s basketball team in the era of the half court format. In 1954 she married former high school and college classmate, Roy Turley, and it was the beginning of a beautiful and loving relationship between best friends.

In 1959, Roy accepted a chemistry teaching position at Otterbein College in Westerville Ohio. From 1959 to 1977, Shirley raised her boys, Mark and Darrell and ran the household. Roy and Shirley were active in college activities and Christian Education in the United Methodist church. Shirley entertained faculty and students with homemade dinners, pies, and evenings of conversation during the turbulent 1960’s and 1970’s. Shirley stayed busy pitching batting practice, rebounding the basketball, and throwing the football with her boys.

In 1977, Roy moved Shirley and the boys to Butte Montana for an administrative position at Montana Tech. The Turley’s loved Butte and participated in community, college, church, and Butte Central activities. The 1970’s saw the beginnings of women’s full court basketball across the country. Shirley assisted in coaching women’s basketball with coach Mike Thompson at Butte Central and with Coach Jo Buyse at Montana Tech.

Shirley and Roy joined St. Johns Episcopal Church and loved the prayer book, the Eucharist, and the fellowship of an all-inclusive congregation. During the 1980’s Roy and Shirley–as a team–felt the calling for priesthood. The Bishop agreed, and Roy and Shirley were off to seminary at Nashotah House in Wisconsin. Shirley worked as an LPN and studied Episcopal ministry along with Roy. In the late 1980’s, the Bishop assigned Roy and Shirley to the churches in Ennis/Jeffers and Virginia City. They were thrilled to return to Montana and felt as if they were home.

Illness forced Roy to resign from their ministry, and he and Shirley moved back to Butte in 1994 and he died in 1995. Shirley remained living on the West side of Butte until November of 2019 when she moved in with her son and daughter-in-law. Shirley turned 90 in August and reminded us that she had a good life with loving parents, a wonderful husband and family, a beautiful home on the West side and a comfortable last year with family and her beloved cats.

Thank you, mom, for always being there!

Shirley is survived by her son: Mark, his wife Dani, and their children Elizabeth, Kelsey, Anna, and Olivia, of Rochester, New York. Her son Darrell, and his wife Lisa of Butte, Montana.

A big thank you to Dr. Jake Taverna and his nurse Cheryl; Compassus Home Health Care, Compassus Hospice Care, Reverend Theresa at St. John’s; her kind neighbors on the West side, her friends at the Belmont Senior Citizens Center, and her second family at the St. Francis Veterinary Hospital. Donations in Shirley’s name may be made to St. John’s Episcopal Church in Butte, Montana, or the Roy H. Turley scholarship fund at Montana Tech.

“…As it was in the beginning,
Is now, and ever shall be,
World without end, Amen.”

Due to COVD-19, no services will be held. Shirley will be interred at St. John’s Episcopal Church in Butte.

Please visit below to offer a condolence or share a memory of Shirley. Axelson Funeral and Cremation Services has been privileged to care for Shirley and her family.