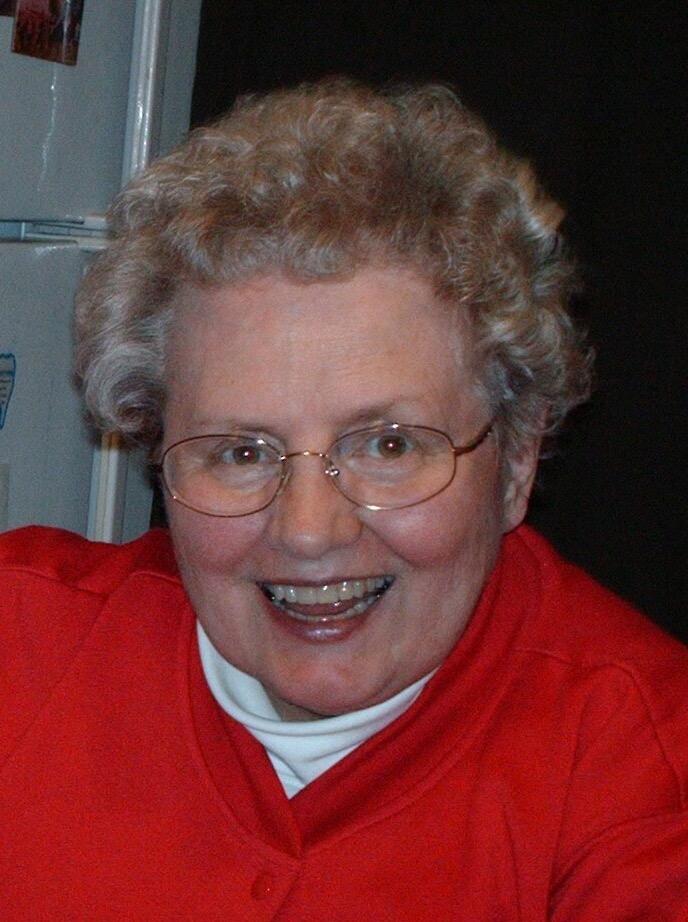 Sandra Lea Grey Radonich passed away Wednesday, July 21, with her youngest daughter, Amy, at her side at a Kalispell’s Logan Hospital. A lifelong resident of Anaconda she had lived her final two in a Kalispell assisted living home where her family was close by.
Sandra was born in Anaconda to Fred Robert Gray, Sr., and Elizabeth (Betty) Wickie on May 31, 1933. She married Tom Radonich on September 3, 1955, and together they raised two adopted daughters, Lisa Ann Littlefield and Amy Marie Joyner. Through those daughters she was a much-loved grandmother to eight grandchildren and three great grandchildren.
Sandra is survived by her two daughters, their husbands, grandchildren: Lisa and Craig Littlefield and their children Bethany, Faith and Joshua; Lisa’s children from a previous marriage Brittney Nelson, Brandon Nelson, Jennifer and Ryan Morris, and Natalee Nelson. Sandra was preceded in death by their father, Brian Nelson.
Also surviving are Amy and Jim Joyner, and their son, Jackson.
Each grandchild was able to develop a unique relationship with Grandma Sandra, and will hold dear the time they spent together.
Sandra graduated from Anaconda high school in 1952, and shortly thereafter began her lifelong career working for what is now the Southwest Montana Community Federal Credit Union. When they adopted their first daughter, Lisa, in 1968, Sandra stepped down from full-time work. Amy was adopted in 1969. Sandra remained a stay-at-home mom and school volunteer until her daughters were in high school.
Sandra was active in the Anaconda Catholic Community, teaching religious education courses and helping compile the church cookbook, The Old and New Testaments of Cooking. Her friendships were not limited to those that grew through her church, as she was also an avid crafter constantly sewing, completing needle crafts and painting ceramics.
Sandra was preceded in death by her devoted husband, Tom, six years ago, as well as her parents, and parents-in-law Anthony and Harriet Radonich. Immediate family members dying before Sandra include her half-brother Mike Grey (wife Ruby); Fred Robert Grey, Jr., (wife, Joyce); Mary Grey Trahan (and her daughter, Debbie); John Marion Grey; Carol Grey; Patrick James Grey and brother-in-law Bob Brookie.
From her immediate family, Sandra is survived by her sister Susan Brookie and her daughters Cindy and Dina; nephews Stephen and Douglas Gray (sons of her brother Fred); nieces Denise Trahan McConaghy and Crystal Trahan Mero, born to Sandra’s sister Mary; and her brother Patrick’s wife, Linda, and his daughters Elizabeth Phillips, Kathryn Grey and Laura Lynn Grey.
Also important in Sandra’s younger years were her multiple cousins from her aunt Loretta May.
Also dying before Sandra were many of her husband’s siblings and their spouses, including Margaret and Ervin Rustad (Maggie’s sons Bill and John Jette); Tony and Ruth Radonich; Clyde McDonald; Jim and Kate Davison (and their daughter Holly Laslovich); Matt Radonich (and his son Dennis); and Pete Radonich.
From the Radonich family, Sandra is survived by John and Carolyn Radonich, Stella McDonald, Florence Radonich and Helen Radonich.
Numerous great and great-great-great nieces and nephews are also surviving from both the Radonich and Grey families.
In lieu of flowers, the family requests memorials be made to the Anaconda Food Blank, Project Care.

Please visit below to offer a condolence or share a memory of Sandra.

Axelson Funeral and Cremation Services has been privileged to care for Sandra and her family.