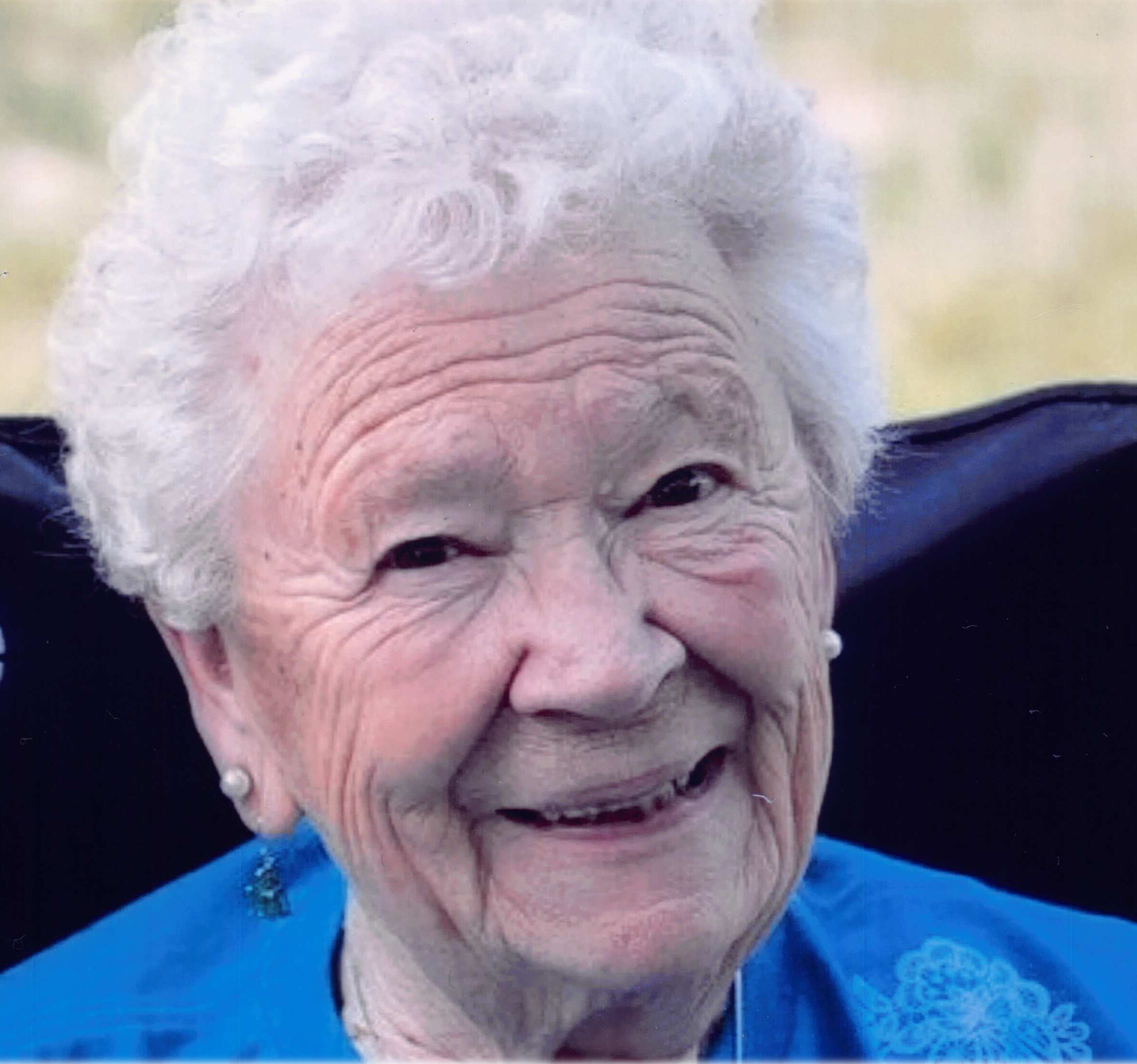 Sally Rose King went home to be with her savior, our Lord Jesus Christ, on June 9, 2022.  Sally was born in Deering, North Dakota on May 14, 1930 to Katherine (Madison) and Clarence Simmons.  They moved to Tacoma, Washington early in her childhood and later settled in Butte, MT.  She was raised in Butte which she dearly loved.  She graduated Saint Joseph Catholic Elementary School and Girl Central Catholic High School.  Upon graduation from high school she moved to Helena, MT and attended Carrol College School of Nursing.  Its was during this time she met the love of her life Edward “Bud” King and they were married on January 5, 1952.

Sally went on to have seven children.  She went on to finish her Nursing Degree in 1974.  She worked as an Orthopedic Nurse for many years on the Night Shift at St. James Community Hospital.

She was a devout Catholic and served in the St. Anne’s Choir until she moved to Colstrip, MT to be with grandchildren and children in 2008.

Sally was a crafter, sewer and avid chrocheter.  She was always working on a project and typically gave them away.  She took home many ribbons for crafts from the Rosebud County Fair in Forsyth, MT.

She was a member of the Colstrip Senior Center and found many new friends there.  Sally was an avid reader and could always be found with a stack of library books.

Sally was preceeded in death by her parents Katherine and Clarence Simmons, her brother Richard Liddicoat, her brother Patrick Simmons, her sister Theresa Stanton, her son Paul Gerard King, her husband Edward “Bud”  King, and her son Michael John King.

Sally was a loving wife, mother, sister, grandmother and friend.  She will be missed by her friends and family.  We would like to give special thanks to the Rosebud Health Care Center for the loving care, compassion and empathy which was provided to our Mom.  You are a very special and dedicated group of people.

Sally will have a celebration of life at a later date in Butte. MT.

Please visit below to offer the family a condolence or share a memory of Sally.