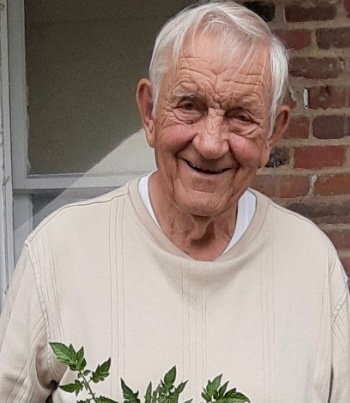 Ronald Bruce Nelson Sr. passed away with his loved ones by his side, on the afternoon of June 17th 2021. Whether you knew him by his name or one of his nicknames – “Slim”, “Grandfather”, or “Ich”.

You knew he was the most generous, giving, and kind man in the world. He would always be there for anyone. Be it the homeless needing a bowl of homemade soup and a conversation in his kitchen, taking friends and family fishing, or cooking his grandchildren breakfast before school. Mr. Nelson was one of the best men out there and was loved by many far and wide. He served his country, his family, and community until the very end.

Ron was born in Butte on September 22nd 1937, to Clarence (“OT” or “Slyder”) Nelson and his beautiful mother Irene. After graduating from Butte High School, Ron spent two years in the United States Navy. Upon his return to Butte, he started his 40 plus year career as a butcher for Safeway.

He was blessed with two children, daughter Julie and son Ron. He was well known for his beautiful flowers which he shared with many. When he wasn’t gardening he was fishing. Ron loved to fish and for the last five years he had his favorite fishing partner Kay by his side.

He was proceeded in death by his parents, nephew Craig Becky, and longtime friend Sharon Quinn.

Cremation has taken place and Mr. Nelson requested NO SERVICES. However friends and family are invited to a get together (not a service) on Thursday June 24th at 6pm at the Butte Elks Lodge. Come share a fish story or flower pictures.

Please visit below to offer the family a condolence or share a memory of Ron.

Axelson Funeral and Cremation Services has been privileged to care for Ron and his family.