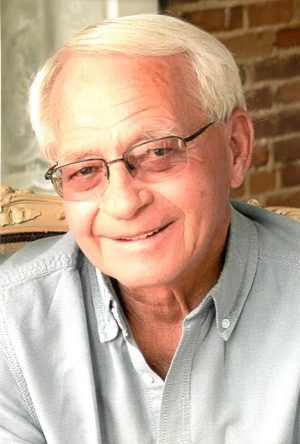 Robert “Bob” Eric Sumpter passed away on December 14, 2019 at his home after a hard-fought battle against cancer. Bob was the oldest child born to Ruth Svens-Sumpter and Fred Sumpter on December 2, 1944 in Butte, Montana. He attended school in a one-room schoolhouse in Waterloo, MT, Longfellow Elementary, East Junior High, Butte High School, and Montana Tech.

In 1965, Bob married Mariel Haggerty (Gribben). Together, the couple had three children, Julie, Rob, and Holli. Bob served in the United States Army Reserve as an inventory clerk. He was a “jack of all trades” and was employed, and eventually owned the Treasure State Janitorial Service. He also was a car salesman as well as a bartender at the Pair-A-Dice, Winter Garden Lanes, and Anaconda Bar.

For the past fifteen years, Bob worked at Western States Overhead Doors. Bob was active with softball, golf, and bowling. His larger than life personality allowed him to easily make friends, no matter what he was doing. He was a lifelong fan of the Los Angeles Dodgers and always ready to cheer on “Da Bears.” Bob was also a lifetime member of the East Side Athletic Club.

In 2004, Bob met his soul mate and love of his life, Gina Mattix. Together, they enjoyed life to the fullest extent. Bob lived life “his way” and was always ready with a witty remark. His sense of humor will be missed by all of his loved ones. He valued honesty, hard-work, and strong character.

A Celebration of Life will be held on January 11, 2020 at 3 o’clock at the East Side Athletic Club, 3200 Dexter. The family would like to express their gratitude to Dr. Hueftle, Highlands Hospice, and Christopher Stewart for their care. Memorials can be made in Bob’s honor to the Shriner’s Hospital, Highlands Hospice, or Butte-Silver Bow Fund for Breast and Cervical Cancer Screening at 25 W. Front St.

His tools were simple

A bucket of water to cleanse

A ladder to see from above

A squeegee, the artist’s brush

The window, a blank tapestry

That removes and heals him

Look into the fishbowl

You can’t get hurt

They hide more than is revealed

Eyes are the windows to the soul

But windows are the eyes of the soul

The window washer paints his canvas