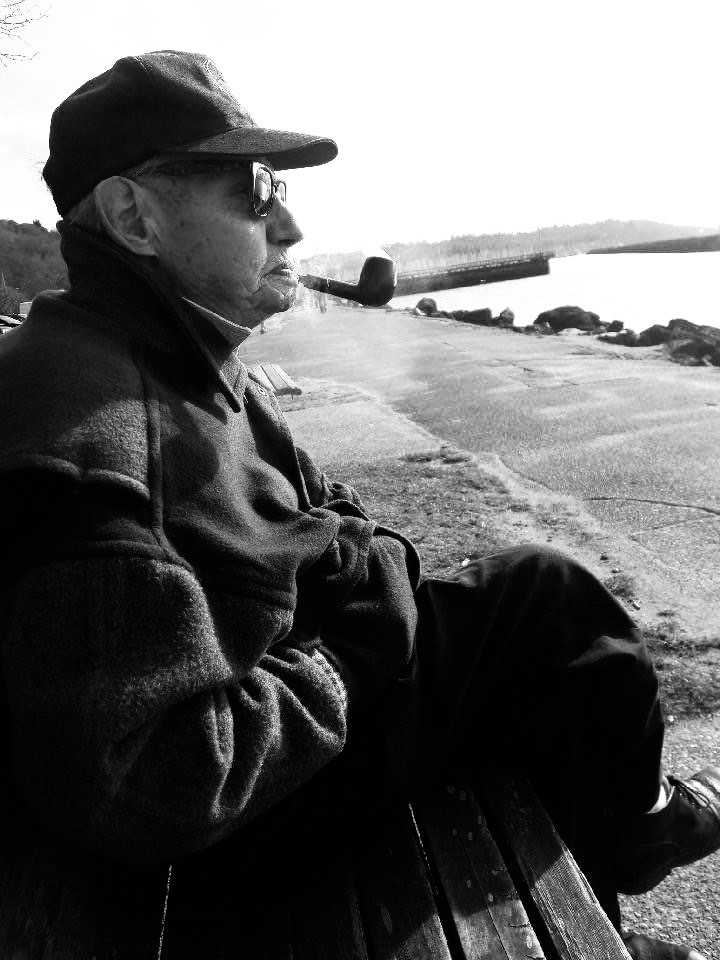 Richard Olaf “ Razzbo” Rasmussen made his way to the big baseball field in the sky on October 6, 2020.

He was surrounded by his family and peaceful comfort.

Born in Seattle Washington, February 7, 1930 to Olaf Rasmussen and Evelyn (Sivertson) Rasmussen. His forever love of Seattle included Ballard, Golden Gardens, Greenlake, The Sloop tavern, Alki Beach and Magnolia. He was extremely proud of his Norwegian heritage and had mentioned visiting there someday…

He loved smooth jazz and pretty much all music, sleek racehorses, fighter jets, beautiful sailing sloops, and the game of baseball which he played for many years of his life. He was a “stats” guy and knew sports stats and factual information that he was able to discuss until his passing. One of his favorite musical arrangements was “Clair de Lune”.

He proudly served his country in the Korean War , United States Army and was in the artillery unit . He continually talked about being in El Paso, Texas for boot camp and how hot it was for marching. He met friends who he kept for a lifetime.

His tender heart for animals, and especially dogs, made him a “dog guy”. Dogs gravitated to his side and waited for a pat or a scratch. “ Rosie” and many other furry friends precede him in passing. We are sure on his way to heaven, he stopped on the Rainbow Bridge to pick up a few of his friends and probably a few extras who needed a pal.

Rich retired early from the Seattle School District and looked forward to spending time at his cabin on the Skykomish River and later his lake cabin on Lake Bosworth. In later years, he enjoyed family holidays with his granddaughters and their families.

Our dad made his way to Montana after an injury at 90 years of age. He could be near his daughters and families. It was the first time he had lived anywhere else so he would repeat “Never forget where you are from..” In previous years he would visit his family in Montana for trips to Yellowstone, fishing with special brother- in- law Lee Maki and boat trips with son- in- law Fred Henningsen. Visiting daughter Carrie in Colorado and seeing the Colorado Rockies play was a huge highlight. He wore his CR hat after that and it was his favorite. Time with daughter Lori and grandson Phillip in Missoula “seeing the town”was another fun memory.

He will be missed by his daughters, Kathy (Fred) Henningsen, Butte, MT, Lori Lyster, Missoula Mt. and Carrie (Bruce Ely) Rasmussen, Missoula, Mt. Granddaughters, Nicole (Paul) White, Mia (Rick Chavez) Bigliardi, great granddaughters, Julie Sharol White and Evelyn June Chavez. He is survived by good friends, Mike O’Hagen and Les Sutherland, many nieces, nephews and family who reached out to support him through this journey. His neighbors and friends were dear to him and they embraced and watched over him through the years. Preceding him in passing are his mother and father, brother Ronald, his grandson Phillip Lyster, his former wife Sharol Davidson, and many lifelong friends and family who he kept in touch with over the years.

Dad lived by the Golden Rule and valued the upbringing he had with extended family after losing his mother at a very young age..

Our thanks to the staff at The Springs at Butte, the healthcare staff at St. James Healthcare and those who reached out to my dad while he was in Butte. No services planned but we will travel to spread his ashes at Lake Bosworth, Granite Falls, Washington, and back for a block party on Greenlake in Seattle with neighbors and family in the Spring or when it is safe to gather. “ Burgers, hotdogs, potato chips and Rolling Rock” will be on the menu…and some great music.

In lieu of flowers, donations can be made in Richard’s name to your local animal shelter and rescue.

Please visit below to offer a condolence or share a memory of Richard. Axelson Funeral and Cremation Services has been privileged to care for Richard and his family.