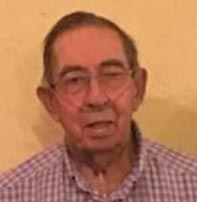 Richard (Dick) Blankenship passed away on July 1, 2020. He was born to Tom & Martha Blankenship Oct 2, 1939, in Hardin, Montana. After high school, he joined the Marine Corp; While in the marines, he saw a lot of the Far East. Upon discharge, he went to work for the Hardin Police Dept where he worked from 1964 until 1967, at which time he went to work for the State of Montana Highway Patrol. In 1968, he married Meredith Beck from Baker, Montana. To this marriage, a daughter Lora was born. During his career with the Highway Patrol, he was stationed in Circle & Broadus. While in Broadus, he was promoted to the rank of Sgt. and was moved to Butte. After five years in Butte, he transferred to Miles City. After retiring in 1986, he moved to the State of Washington, where he worked for Palmer Lumber Co. for approximately 15 years.

In 2001, he was united with his high school sweetheart after 43 years. Roberta (Birdie) Breen and Dick were married in 2002 in Branson, Missouri, where they made their home until her death in July of 2017. While in Branson, he worked in the theaters where they met a lot of the stars such as The Oak Ridge Boys, Mel Tillis, Charly Pride & many more. He also worked for the Chinese Acrobats and drove them all over the United States for 3 months doing shows. After Birdie’s death, he moved to Butte, Montana, where his daughter lives.

Those that passed before him were his mother & father & his wife, Birdie.

Services will be held at a later date, after which cremation will take place & burial will be at the Missouri State Veterans Cemetery in Springfield, Missouri, with his wife.

Please visit below to offer a condolence or share a memory of Richard. Axelson Funeral and Cremation has been privileged to care for Richard and his family.