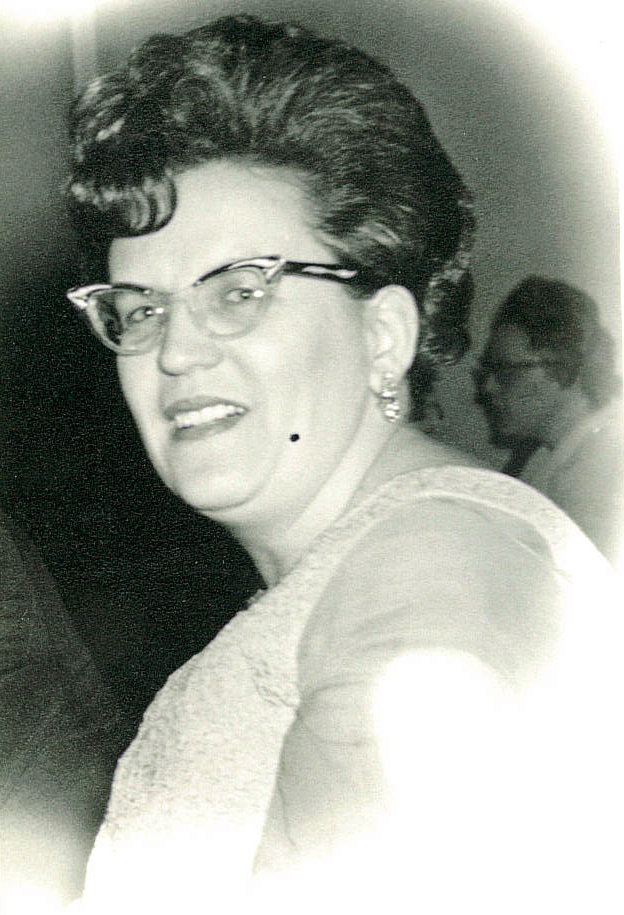 Margaret “Peggy” Theresa Johnson passed away on February 15, 2021, at age 891/2 at a Nursing Home in Missoula, Montana where she had resided for the last eight years, with an alert mind and a great sense of humor intact.

Peggy was born in Anaconda on October 16, 1931, to Peter & Mamie Staudohar, the seventh of seven children. She grew up in Anaconda, and attended St. Peter’s Catholic Grade School where her mother had also attended; she graduated from Anaconda High School and then attended Nursing School. Her nursing career was cut short when she married Robert “Jasty” Johnson on September 29, 1937, and from this union, they were blessed with six children, who were all raised in the Catholic faith and attended St. Peter’s Catholic School like their mother and grandmother before them. Peggy grew up, raised her family and lived her whole life on the 700 block of Park Street in Anaconda, having taken only a hand full of trips out of Anaconda and the State of Montana in her lifetime.

Peggy will always be remembered as the bartender at the Anaconda and Mill Bars in Anaconda where she worked after her children were grown, until she retired, after which she donated a considerable amount of her time helping to operate the Anaconda Food Bank. She made many long lasting friends over the years and people were always drawn to her sweet, innocent, friendly manner. Many people said she had a “Heart of Gold”.
She was very proud of her family and grandchildren and kept every card, drawing, article, or memento given to her. She never missed calling her children or grandchildren on their birthday and singing the entire song of Happy Birthday over the phone. This was something that was looked forward to and will be missed.

Peggy was preceded in death by her parents, Pete and Mamie Staudohar, and by her sisters Josephine “Dodie” Verlanic; Jewel Sweeney; Maribel Vanisko, Virginia Seymour, Lucille ll Arnot, and Joseph “Bud” Staudohar.
She is survived by her six children, Cindy Gauchay of Whitefish; Robbie Johnson of Anaconda; Cheryl Johnson of Seattle, Washington; Karen, Brenda and Lynette Johnson of Missoula; her three grandchildren Dewey Gauchay, Jay and Haley Johnson, and great-granddaughter Vivian Johnson. Peggy will be laid to rest at Mr. Olivet Cemetery in the future. A Catholic Memorial service will be held when the Covid is under control.

Let’s all donate to the Montana Food Banks.

Axelson Funeral and Cremation Services has been privileged to care for Peggy and her family.