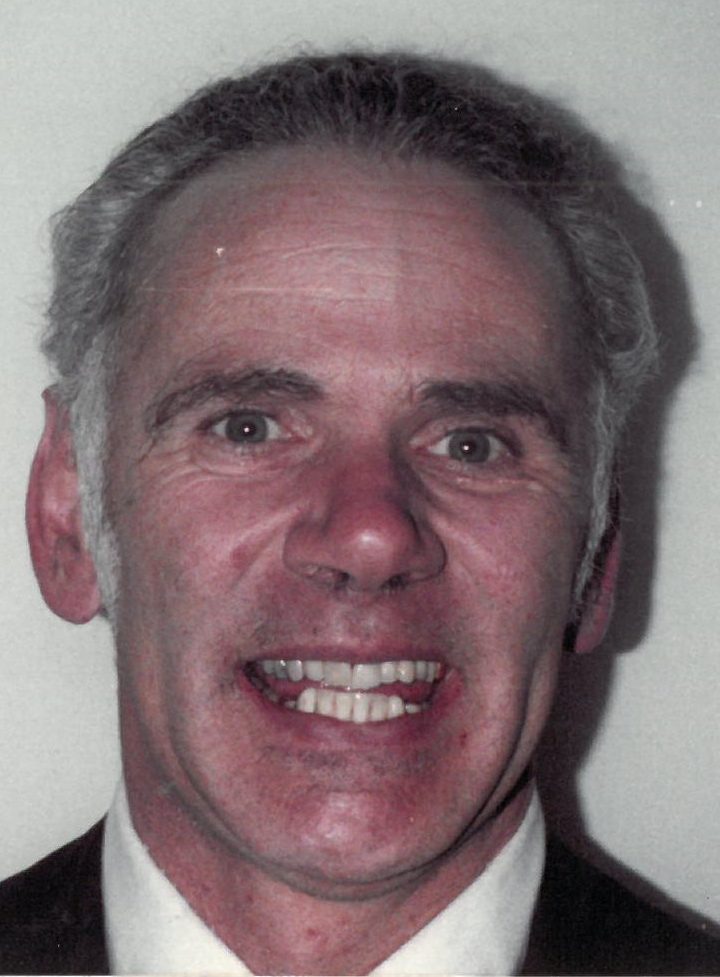 Mr. Michael “Mike” Axelson, beloved brother, uncle and good friend to so many, passed away peacefully on Sunday evening, December 20th, at his home at The Springs of Butte, surrounded by his family.

Mike was born on January 17th, 1942 to Arlo and Wilda (Parker) Axelson and attended local schools including the Washington Grade School.

He began working for his parents at Richards Funeral Home on Montana Street and held a variety of other occupations throughout his life, but his longest held and favorite was as a client at BSW on Wyoming Street. He looked forward to going to work each day, so that he could spend time working with his much cherished BSW family.

Mike was a genuine and kind-hearted person who loved being around people, and never met a stranger. He had an uncanny ability to recall details about when and where he’d met someone, and often could remember the weather or the day of the week at the time they’d met. It didn’t matter if Mike saw someone last week or many years ago, he always greeted people with a smile and called them by name. He enjoyed listening to the Metropolitan Opera on Saturday afternoon, reading the paper from page to page and reporting the news to his friends and family every day. He loved reading history books, traveling to see family and friends, going on picnics or other adventures, and never sat down to a meal he didn’t enjoy.

His gregarious nature led him to membership in many organizations over the years including Sunrise Kiwanis, The Butte Pioneers Club and United Commercial Travelers. However, a true cornerstone of his life was being a member of Butte Elks Lodge #240 B.P.O.E. which he joined on June 27th, 1963, just months after his 21st birthday. Mike was a faithful and dedicated member for nearly 60 years. He served the lodge in many capacities but principally in the office of Inner Guard. In recognition of his many years of loyal service, he was named Elk of The Year for 1980-1981 and Officer of The Year for 2004-2005. These were some of the proudest moments of his life, along with being able to see his two nephews become members of the lodge, which was something he had talked about and looked forward to since the day they were born.

In addition to his parents, he was preceded in death by his stepfather: Wilford Bell, uncles and aunts: Bob and Della Axelson, Fred and Ida Root, Ione Parker, Mel and Marcella Parker, John and Carlene Parker and by his cousins: Fred Root Jr., Marlene Walborn and Budge Parker.

Mike is survived by brothers and sisters in law: Steve and Lorie Axelson and Jim and Janet Axelson (Mike’s “other mother”/advocate and caregiver for many years) all of Butte; nephews and their wives: Cameron and Serena Axelson and Adam and Lynae Axelson all of Belgrade and great nephews and great niece: Brayden Axelson, Parker Axelson and Allison Axelson.

The family wishes to thank Dr. Kaufman for all his years of dedicated care and concern for Mike, Dr. Flowers and Elevation Dental, the incredible staff at The Springs of Butte for making such a wonderful home for Mike, Frontier Hospice for their compassionate end of life care, and to Bri Mulvaney of Axelson Funeral and Cremation Service for her expertise in presenting Mike just as he’d looked in the prime of his life.

His ashes will be interred with his parents in Mount Moriah Cemetery and a remembrance service will be held in the summer of 2021.

“Living or dead, an Elk is never forgotten, never forsaken”
“It is the hour of remembrance. Let the chime sound 11 times”.
“To Our Absent Members!”

Please visit below to offer a condolence or share a memory of Mike. Axelson Funeral and Cremation Services has been privileged to care for Mike and the Axelson Family.