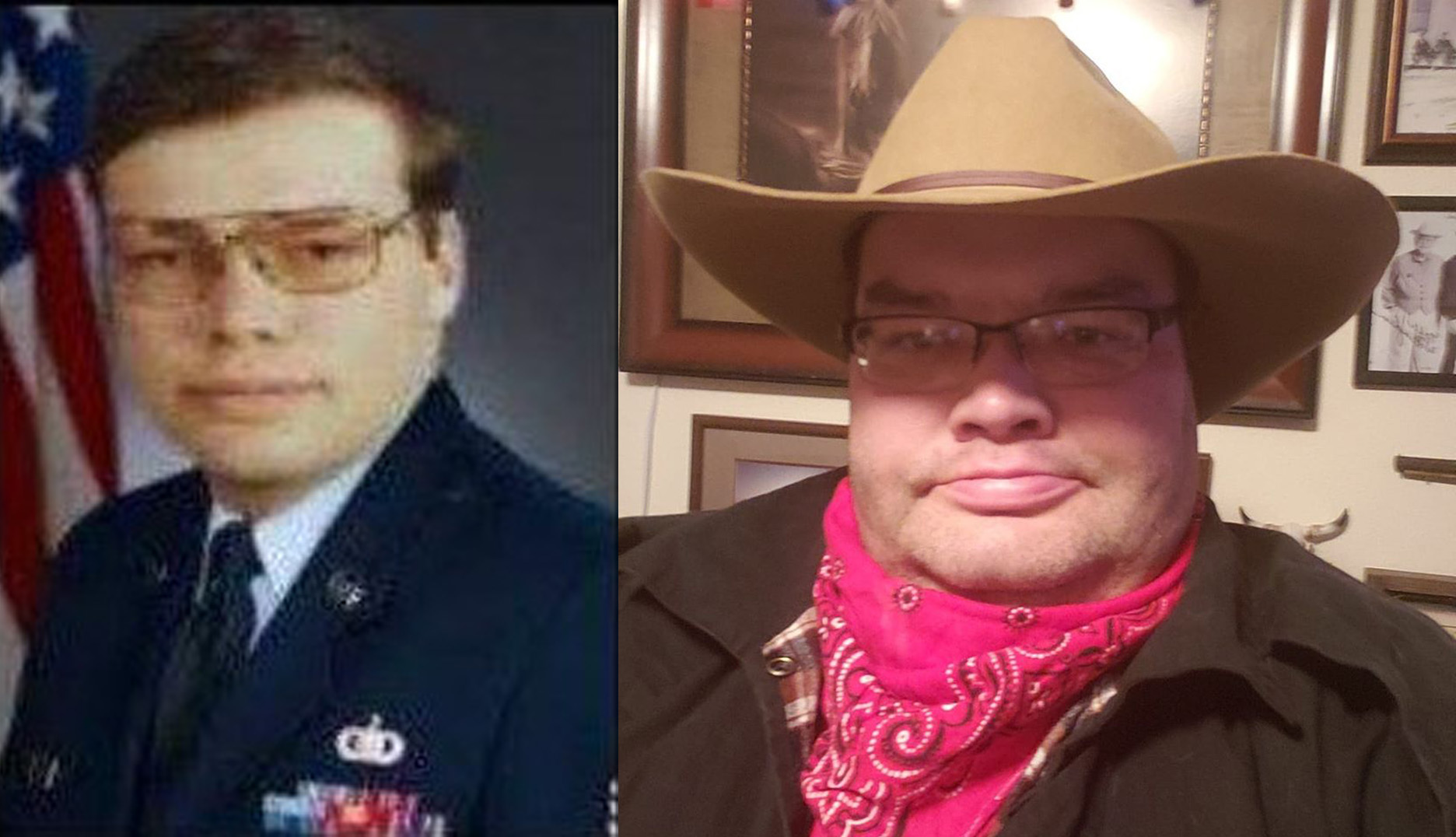 On Sunday April 19th Michael Parks went to be with his favorite Service Dog “Trixie”.

Michael’s love of music followed him all his life – first the piano under Mary Ann Canty and then the trombone in the Butte High Band.  Playing with a famous Brass band was the highlight of his music career.

Montana’s mountains and streams were a huge part of his life.   He joined Boy Scouts and fulfilled his Eagle requirements under Dave Barney.  He joined Order of the Arrow,  formed an Explorer Scout Group, and worked as a counselor at Island Park Scout Camp for several summers.

In High School he joined Civil Air Patrol.  His dream was to become an Air Force Pilot was not to happen due to health reasons.  His honor to people who served was above approach. He did enjoy flying with his dad at C & M Aviation.

He then completed his CNA training in Butte and moved to Lewistown to work at the Veterans’ Hospital.  After work he would sit with the Veterans and write up their stories to give to the family when they came to visit.  He then moved closer to home and worked in Livingston and Bozeman.  His love of helping patients was his true passion.

As a child he was a patient of the Shrine Children’s Hospital in Spokane.  The pride of his grandfather Charles Stack, he became a member of the Mount Moriah Masonic order, the Butte Shrine Center, and Lily of the Valley OES in Bozeman.

He was preceeded in death by his brother Patrick, grandparents Dorothy and Charles Stack, Julie and  Louis Rodregues , aunt and uncles, Emily Sherman, Bob Sherman and Phyllis Sherman.

Mike was laid to rest at Mount Moriah Cemetery in Butte during a private graveside service. Due to COVID19, Mike’s family has chosen to hold a memorial service celebrating his life at a later date when it is safe for friends and family to gather. Mike’s family appreciates your support during this time and thanks you for your understanding.

Please send memorials to the Bagdad Shrine Center Transportation fund in Butte or the  Shiners’ Hospital in Spokane.

We invite you to visit below to offer the family a condolence or to share a memory of Mike. Axelson Funeral and Cremation Services has been privileged to care for Mike and his family.