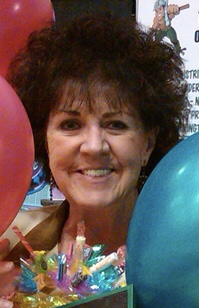 As if the year 2020 couldn’t get any worse, Maureen “Moe” Hamblin passed away peacefully in her sleep, Tuesday, October 27. She was born Maureen Elizabeth Lakel on February 6th, 1943, to Larry “Pie” and Alice Lakel. The second eldest of six children, she was raised in Anaconda, Montana. She married George A. Hamblin in April of 1965. They had 4 children.

Beginning in the late 1970’s, Moe worked many jobs in many capacities, the longest being with the Butte Pre-Release Center (nearly 30 years). She retired in 2013. All her positions required that she deal with and help people. Through her sense of humor, magnetic personality and giving spirit, she has influenced hundreds (if not thousands) of people from all walks of life in positive and memorable ways. She forged lifelong friendships, and spoke highly of every one of them. You all know who you are.

She was preceded in death by her parents Pie and Alice Lakel, sister Mary Pat Montgomery, and infant son Darren Hamblin.

Moe lived a very profound and exciting existence. She had a colorful story for all her adventures and experiences. Her motto in life, which applies in many cases and bears repeating: “It’s better to be sorry for something you did, than something you didn’t do.”

The world is a bit darker without Moe in it, but the skies are much brighter.

Services will be postponed in light of the pandemic, and a celebration of a life well lived will be announced at a later date

Please visit below to offer a condolence or share a memory of Moe. Axelson Funeral and Cremation Services has been privileged to care for Moe and her family.