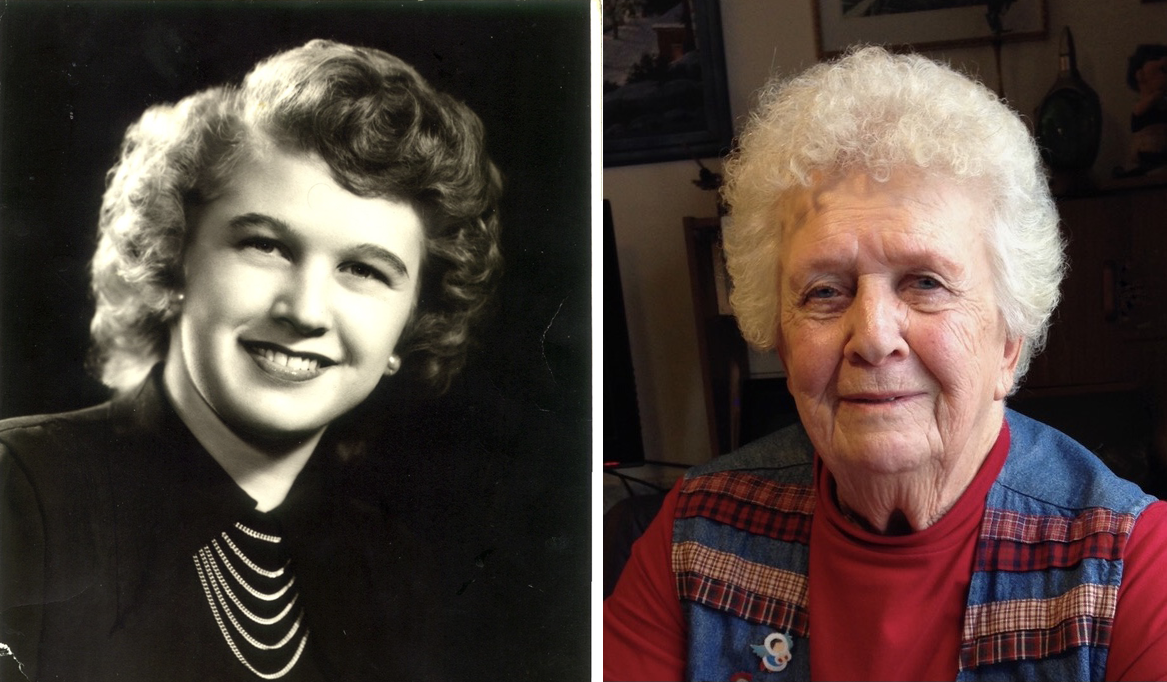 Lucille Helsper was born in Great Falls, MT to Charles and Catherine (Thommes) Lorang on November 14,1929. She passed away peacefully on February 19, 2021 in Butte.

After graduating from Great Falls High School Lucille worked as a stenographer until she married. The couple raised their children in Great Falls, Sun River, and Anaconda, MT where, later in life, she worked at Christie’s Flower Shop for 20 + years. She also lived briefly in Kellogg, ID and Yuma, AZ, returning to Anaconda before moving to Butte.

An energetic follower of her children’s and grandchildren’s sports pursuits “Gramma Lucy” often travelled hundreds of miles to cheer them on at games and meets. They all looked up to her as a bold, strong, driven, funny and sometimes a larger than life figure and hero.

When she wasn’t travelling, Lucille was busy going to and volunteering to manage, rummage sales and other community events as well as advancing her skills in a number of crafts including ceramics, crochet, and fashioning beautifully accurate silk renderings of many species of flowers, often contributing them to the weddings and other celebrations of friends and families.

Lucy will be remembered for her generous spirit, as a friend to all her children’s friends and as someone who could empathize with and strike up a conversation with anyone.

She loved Elvis Presley, NASCAR, spending time at her family’s cabin on Flathead Lake, where picking and eating cherries were one her favorite things about summer. She marveled at nature and tried to share it with her children and grandchildren, particularly the wonder of butterflies, hummingbirds, roadrunners and the chickens that lived in the trees outside her Yuma home.

Late in life she relished the role as her own family’s matriarch at the gathering’s at her son Bill’s ranch where she kept time on expertly played spoons with all the musicians in the family. She also held her own at horseshoes and even took up the challenge of her son’s home-built mechanical bull. “Oh, what a thrill!,” she proclaimed as she walked away victorious.

Lucille was an avid member of the Daughters of Isabella and the congregation at St. Peter’s Catholic Church in Anaconda.

A mass, burial and celebration of Lucille’s life are being planned for later this year.

Gifts in Lucille’s honor can be made to: Daughters of Isabella, St. Jude’s Children’s Hospital or to a favorite charity.

Please visit below to offer a condolence or share a memory of Lucille.

Axelson Funeral and Cremation Services has been privileged to care for Lucile and her family.