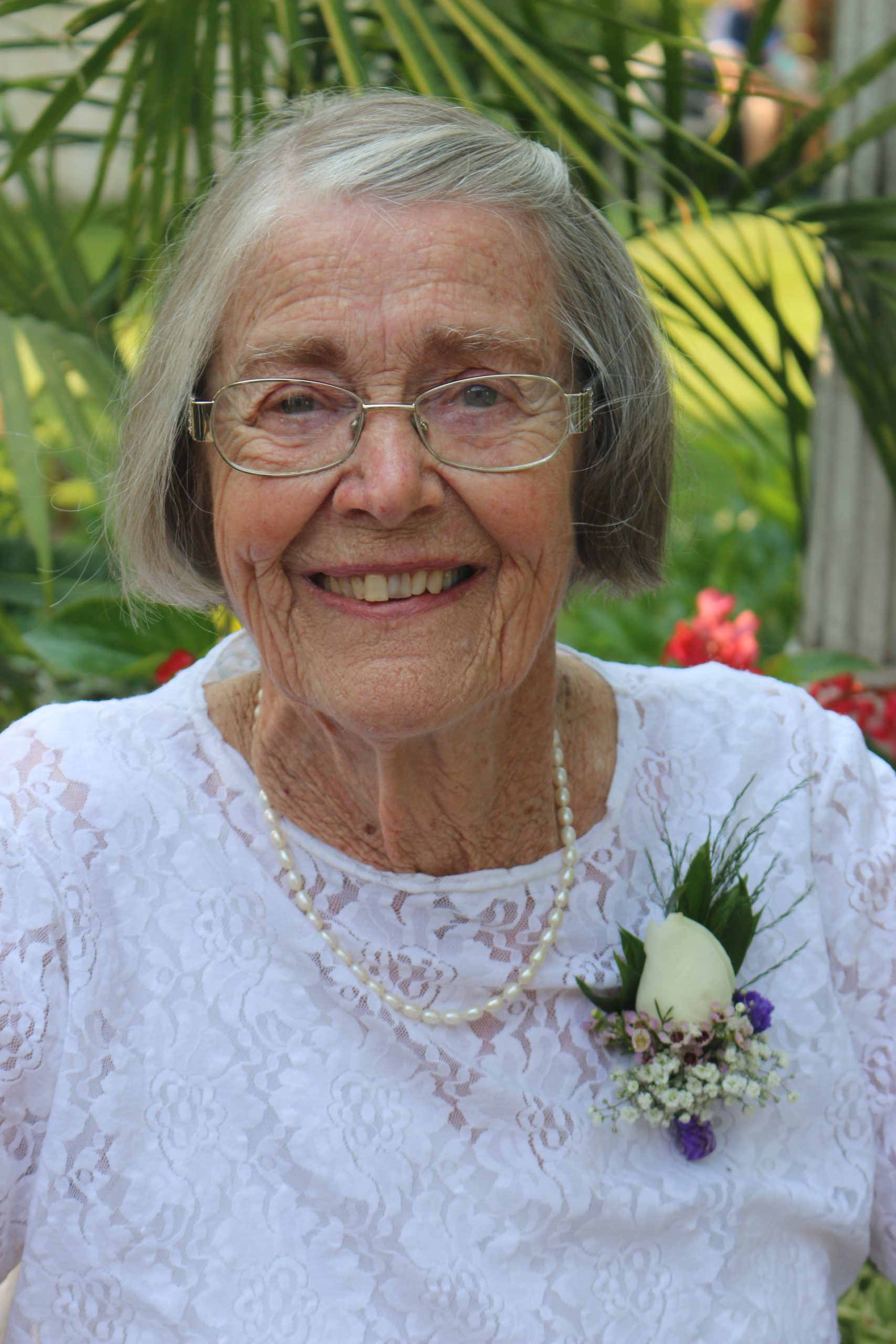 Lorraine was born in the bedroom of her family’s farmhouse in Fairview, MT, on March 30, 1929. She was the youngest of six children of Norwegian parents who ran a small dairy farm and raised sugar beets. Her years spent as a young girl were idyllic, growing up in an interwoven community largely comprised of immigrants. The strong ties to Lorraine’s Nordic heritage were a connection that remained with her throughout her lifetime and were passed on to her children. Making lefse continues to be a family tradition!

While in nursing school at Holy Cross Hospital in SLC, Utah, Lorraine was introduced to a handsome Canadian engineer by her sister. She ultimately left school and married the love of her life, William H. Smith, on June 29, 1949. It was the perfect choice. Bill worked for Texaco in SLC for a number of years before they were transferred to Butte, MT, in 1960. Lorraine broke down into tears at the news, yet Butte proved to be the perfect place to live and raise a family. Lifelong friendships were quickly made and a supportive “old-fashioned” neighborhood provided the foundation for an enriched and fulfilling life. The couple had three children and carved out an ideal niche for them, enjoying life under Montana’s glorious Big Sky. Years were spent as a tight-knit family camping, hiking, fishing, hunting, skating, skiing and traveling. Appreciation for nature and the creatures within were key.

Lorraine was fun-loving, capable, energetic and creative. She was a loyal friend, loved people, and had a keen memory for details. Many folks emphatically referred to Lorraine as a “great gal.” She was a lifelong member of Gloria Dei Lutheran Church and was active in many organizations throughout her life. Lorraine was proud to be honored as a 50-year member of PEO, a philanthropic organization dedicated to the advancement of young women.

Following Bill’s retirement, the couple traveled the United States and Canada in an RV over a number of years – from Key West to Nova Scotia. They particularly enjoyed the red rock country of southern Utah and Arizona. Summers were spent with children and grandchildren in the Montana outdoors. Their lives were blessed with abundance. Lorraine stayed in the family home after her husband passed in 2009, and ultimately transitioned to the Springs of Butte.

Lorraine is survived by her sister, Ruby Miller, of Portland; daughter Jolene (Steve) Lehman of Billings; daughter Rebecca (Brian Guttermuth) of Missoula; and son Rob (Mary Ann) Smith of Butte. She was blessed with nine adoring grandchildren – Megan, Heidi, Cara & Travis (Lehman); Lindsay (Guttermuth); Trisha, Tasha, Craig & Dylan (Smith) and eleven great-grandchildren, with two more on the way. Lorraine often commented that when one person leaves this earth, another arrives to take their place. So true!

If desired, memorials may be pledged to Shriners Hospital, the Montana Tech Foundation, or a charity of one’s choice. Cremation has taken place and no services are planned, per Lorraine’s wishes.

Lorraine was an extraordinary mother, grandmother and friend to many. Sincerest thanks to those who supported her and helped with her care during her last years. We will sorely miss Lorraine’s smile and presence in our lives but her bright spirit will live within us forever.

Our family’s hearts go out to people around the globe who have also lost loved ones to Covid-19. We pray that peace will find its way to all of us in 2021.

Please visit below to offer a condolence or share a memory of Lorraine.

Axelson Funeral and Cremation Services has been privileged to care for Lorraine and her family.