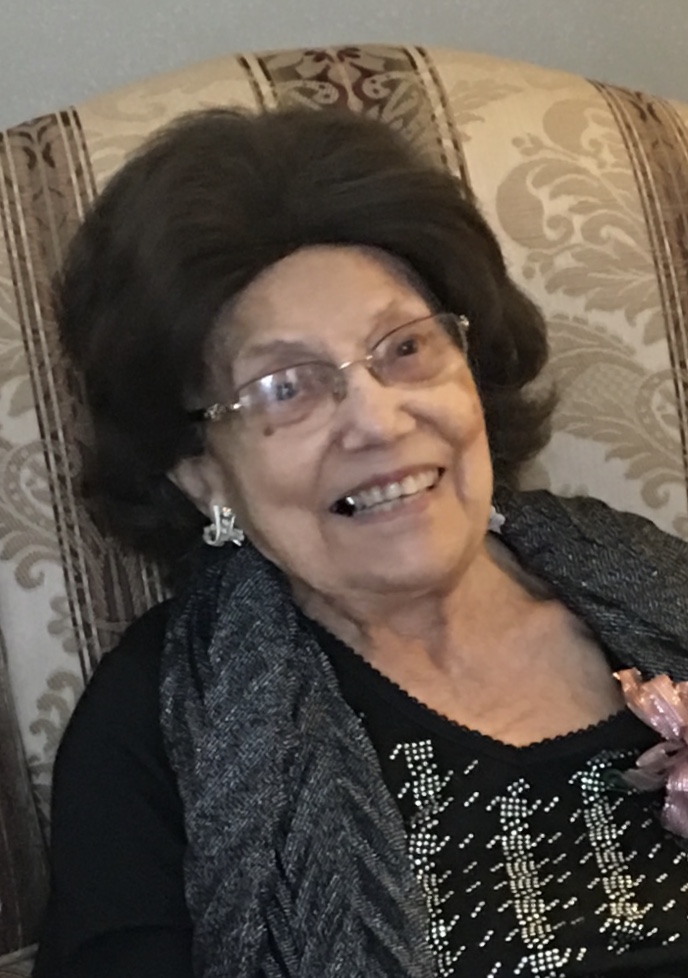 Loretta Josephine Masella, a centenarian at the age of 102, passed away peacefully at Copper Ridge Health & Rehab on November 10th, 2020 from complications of COVID-19.

She was born on January 18, 1918 to Vito DeMola and Josephine Rizzi DeMola in Brooklyn, New York and enjoyed a favorable upbringing, rich with family traditions alongside her four siblings. In 1937, she married her blue-eyed Carmine Masella and they soon afterward made their home in Anaconda, raising their two sons Frank and William.

Loretta worked in food service at Galen State Hospital for many years while also enjoying her favorite pastime of cooking at home – much to the enjoyment and benefit of her family and friends whom she cherished spending her time with. Burning up several telephones along the way, she also relished in countless hours of conversations with her many friends and long-distanced relatives.

Loretta was an active member of the Anaconda Holy Family Catholic Church, a ranking member of the St. Ann’s Society, and a recognized union member. She was quite proud of her Italian heritage, and she and her “Charlie”, as she affectionately referred to Carm as he identified her as “Lor”, often communicated in Italian. She was never at a loss for words in either language.

Due to COVID-19 risks and limitations, a private service will be held. She will be laid to rest at Mount Olivet Cemetery in Anaconda.

Special thanks to all at Frontier Hospice and Copper Ridge for their impassioned care of Loretta.

Please visit below to offer a condolence or share a memory of Loretta. Axelson Funeral and Cremation Services has been privileged to care for Loretta and her family.