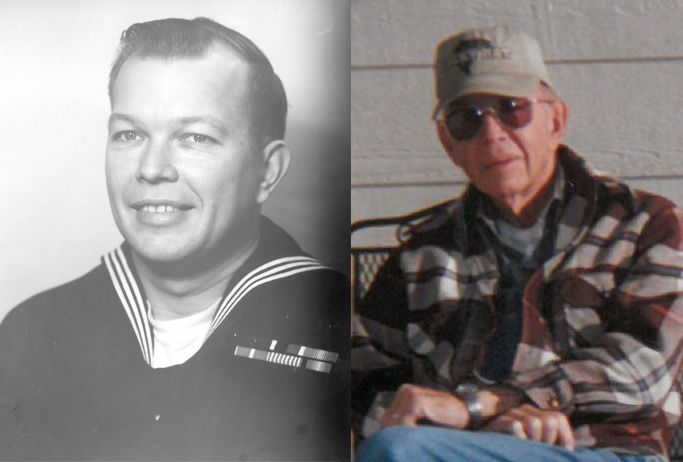 While growing up in Mobile, Alabama, during the depression era, Louie enjoyed raising rabbits, collecting baseball cards, and playing baseball. On occasion, he would go to Double-A baseball games where he enjoyed watching Chuck “Showboat” Conners in action. He also learned, from friends, how to play the guitar, which was something he very much enjoyed doing through-out the rest of his life.

Always hard working and industrious, Louie was able to pick up a paper route while in grade school. Although he had to complete his paper route on foot at first, he was later able to buy an old bike which he fixed up. That enabled him to get another route, earn a little more money to buy his first guitar. In the ninth grade, Louie dropped out of school and went to work at the cotton mill in his village. When that cotton mill closed, the family moved to Kingsport, Tennessee, and he went to work at the cotton mill there.

In 1950, Louie enlisted in the Navy. He completed his Basic Training at Great Lakes, Illinois. He served aboard a couple of ships, where he was involved in the Korean War for a time and was able to go through the Panama Canal for his first time. When his first enlistment was up, he took a short break from the Navy, after which he re-enlisted in the Navy and was stationed aboard a YF (Yard Freighter) on the west coast. While aboard the YF, he worked with and became good friends with Jack “Johnny” C. Neill. This of course led to him meeting Yvonne Neill, who was later to become his wife. They were happily married for over 62 years and were blessed with and raised three sons.

Louie served aboard several ships and shore bases throughout the pacific. Some of his most memorable experiences were his deployments to the Antarctica and the Arctic aboard the USS Staten Island, an Icebreaker. After their deployment to Antarctica, they went around Cape Horn and stopped at Valparaiso, Chile, on their way back to their home port in Seattle, WA. The next year they went to the Arctic, where they saw numerous polar bears, got frozen in for a short time, and lost their Captain, Pilot, and helicopter through the ice. (Of course, during that time, we also lost our president, John F. Kennedy.)

One of Louie’s more unusual shore-based stations was the year he spent in Danang, Vietnam. He and his team were assigned to build a repair facility for the LARC’s (Lighter Amphibious Re-supply Craft) and see to their management and repair thereafter. He then spent almost three years aboard an ammunition ship, the USS Rainier, off the coast of Vietnam.

He was also stationed at Pearl Harbor, Hawaii, for five years and then at Subic Bay, Philippines, for over three years. His last duty station was at NCSC (Naval Coastal Systems Center) in Panama City Beach, Florida, where he retired after 30 years of service.

After his retirement, Louie and Yvonne moved to Wise River, Montana. Louie liked fishing, hunting, hiking and playing his guitar and singing. He really enjoyed himself when he and his friends got together at various places (Thompson’s Corner, Wise River Club, H-J, or anybody’s home, backyard, or BBQ) to play music, sing, dance, (especially the clogging lessons), and just have a good time. Louie considered Wise River like a second home and people there like family.

In the last several years, Louie felt privileged to be a part of the Jehovah’s Witnesses. He enjoyed studying with the Witnesses, attending the meetings, and going out in service when his health permitted.

Louie was a special man. He was kind, thoughtful, and loving husband and father who always put his family first. He filled our lives with fun, joy, music, and most of all with love. Our lives’ without him will never be the same, but our love for him, and the precious memories he left with us, will last forever.

Per Louie’s wishes, cremation has taken place and no services will be held.

We would like to extent our special thanks to the Doctors, Nurses and Staff on the COVID-19 Ward at Saint James Hospital; and, to Compassus Hospice for helping us take care of Louie through his last days at home.

In lieu of flowers, donations may be made to Chelsea Bailey Animal Shelter, 699 Centennial Ave
Butte, MT 59701.

Please visit below to offer a condolence or share a memory of Louie. Axelson Funeral and Cremation Services has been privileged to care for Louie and his family.