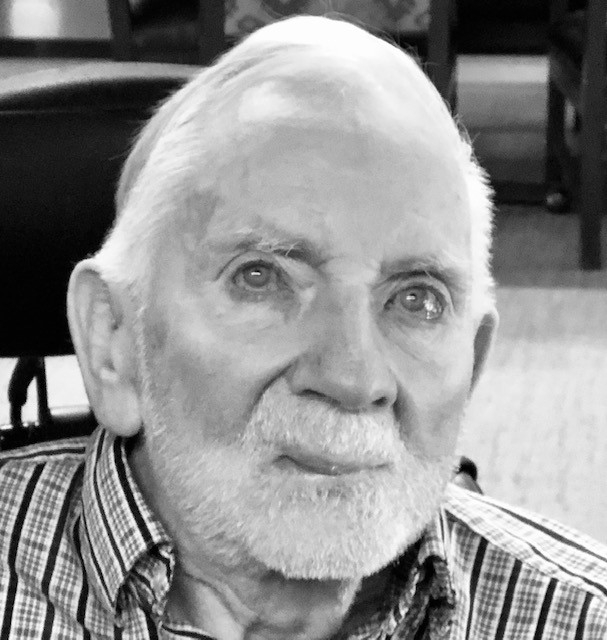 Larry died in Butte, Montana on 3/12/2020 at 90 years old.  He was born in Fresno, California.  During his childhood his family moved all over California.  He graduated from high school in Bakersfield and attended Fresno State College and earned a BA in business.  While at Fresno State, he met Marie O’Neill and they married after he served in the Army during the Korean War.  After the war Larry went to work in aluminum and steel sales in California, Texas and eventually settled in Oklahoma.

Larry was a great father to his daughters and over 90 foster children.  While Larry liked working, his passion was the 20 years working and running the Claremore, Oklahoma Meal on Wheels Program.  Larry was the kindest, gentlest, most hardworking person you’ve ever met. He had a strong love of family, church and living life.

Larry lived with Parkinson’s and Lewy Body Dementia in his later years but he did not let those diagnoses define him.  He embraced every day with gusto and grace.  When asked what he wanted for his 90th birthday he said “more time”.

Larry is preceded in death by his parents, Roy White and Eleanor Barr White, and his siblings, Robert, James and Elaine (Sikola).  His wife, Marie, died three years ago.

Larry is survived by his daughters, Therese Nesmith (Greg), Dolores Skarke (David), Cathy White (Lis), Martha Enslow (Don), Margaret White (Harriett) and Karyn Gibson, as well as eight grandchildren and many great grandchildren.  A memorial service will be held in Tulsa this summer.

Our family would like to recognize and thank, most recently, the caring staff at The Springs along with the hardworking and loving caregivers from Senior Solutions.  We also sincerely thank the VA Home Based Primary Care Program for their years of support, supplies and equipment.  In addition, there were many other wonderful caregivers over the eight years Larry and Marie were in Butte.  We could not have provided our parents with such loving care without this group of dedicated people.  Lunch will never be the same.

Please visit below to offer the family a condolence or to share a memory of Larry.

Axelson Funeral and Cremation Services has been privileged to care for Larry and his family.