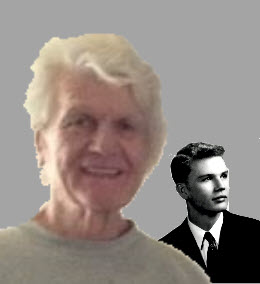 Kenneth Gerald Reick passed on to new beginnings on the first day of Spring, March 20, 2021. He was born in Butte to his parents Edna Sutton-Reick and Kenneth Reick Sr. on August 12, 1941, and grew up on Granite Street with his sisters Karen, Alice and Glenda. Ken attended Lincoln Elementary and Butte High, graduating in 1959. After attending the Montana School of Mines, Ken joined the Navy and was stationed at Norfolk, Virginia. Following his service in the Navy he returned to Montana to pursue a degree at MSU, graduating in 1968 with a B.S. in Chemistry.

In his adult years Ken was an avid environmentalist. Following graduation from MSU, Ken went to work for Stauffer Chemical. His career also included environmental work for the Anaconda Company (later Arco) in Butte, Denver, and Columbia Falls, as well as the State of Montana DEQ and MSE. His care for the environment extended to his personal life, attested to by his membership and participation in many environmental groups and activities, as well as frequent letters to the editor. Jet boats on Echo Lake and clear cutting of the Swan Mountain Range were absolute anathema to him.

Ken lived a full life with a wide range of interests: he had a love of flying and was proud of his single-engine and flight instructor certifications. Ken was an accomplished pianist and following retirement he received training and certification as a piano tuner. His other love was for animals and many stray feline friends shared his home and his life over the years. In his last days a dog named Misty gave him great joy and peace of mind by curling up next to him on his bed.

A special thanks to the staff at Bee Hive Homes and Frontier Hospice for their compassion and care during his final days.

Donations in Ken’s memory may be made to an animal shelter or pet rescue of your choice. No services are planned at this time. A celebration of life will be held this summer following the burial of his cremated remains at the Lonepine Cemetery.

Please visit below to offer a condolence or share a memory of Ken.

Axelson Funeral and Cremation Services has been privileged to care for Ken and his family.