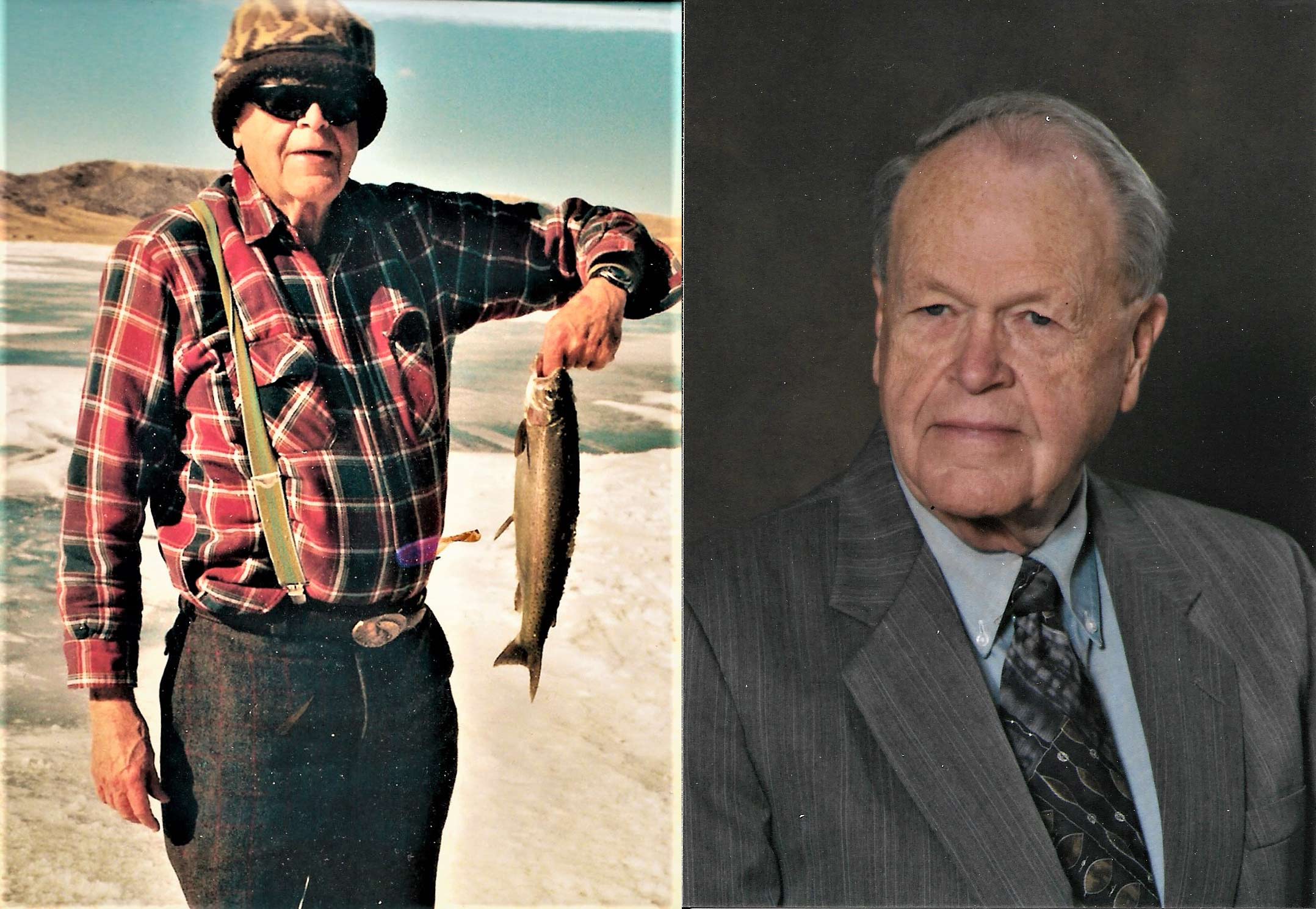 January 9, 2022 we said good-bye to husband, dad and friend, Joseph F. Maloney.  His life of 3.5 generations was an accumulation of Adventures, losses, successes and friendships; this is his story.

Born the second of 7 children on Dec. 5, 1930 to Joseph A. and Adelia (Allen) Maloney in Missoula he was raised in the Rattlesnake working his first job at age 15 in his father’s food market.  A proud graduate from Msla. County High, Class of ‘49’, he attended his reunions armed with a quick wit to take jabs at fellow attendees while acting as M.C.

He married his wife Mary K. (Olson) 70 yrs ago after 6 weeks of courtship and proposed while gopher hunting. He moved to Butte in 1957 and his passion for the outdoors grew every year with his skill as a hunter/fisher filling the family freezer and like generosity to many others in need. At 72 Joe’s adventures culminated by harvesting a record book ram with daughter Holly and that same season taking a fantastic goat guided by son Pat. Joe hunted Geese in Canada and turkeys in E. Mont. with friend Tom Bugni and stoked the fires of hunting camp with close friend Tom Holman.  He finished out his hunting career with a cow elk and a big brute whitetail at age 87.  Fishing was never considered a back seat sport; he tied his own flies; fished for salmon in the Columbia river, salmon and steelhead in the Clearwater river in Idaho, salmon in the ocean off the Oregon coast and took a dream trip to Hawaii where he and Mary caught Mahi Mahi .

Joe always had an open table for guests, sharing meals, holidays, laughter and good old fashioned conversation with many friends, among them; Janet and Doug Thompson, Jeff and Jill Honer, Tom and Evonne Holman and Bob and Becky Mundon.  He always offered a space at the Maloney table for folks who had no family with which to celebrate the holidays.  Somehow they all became our uncles.

Joe’s working career was multi-faceted from selling sewing machines for Singer to other varied sales jobs to cab driving to owning the Northwestern Intelligence P.I. service for 18 yrs.  He finally landed his last dream job as collection manager for Mont. S.W.FCU working with a wonderful team of financial professionals many whom became close friends.  He held a Board Chairman position before retiring after 26 yrs at age 82.

Our dad was proud of his children’s accomplishments and saved every clipping from the paper containing information of our successes.  Memorable moments were his daughter Colleen’s rise to vice president of First Interstate Bank’s residential real estate loan dept.; son Pat’s successful baseball career from little league to the pros of which Joe never missed a game.  He beamed when daughter Holly was inducted into the Butte Sports Hall of fame as a Green Jacket Member in Track and field at Butte High as well as the induction of daughter Teresa as a Butte High swimmer.

Joe was a proud Butte supporter and volunteered as a youth basketball coach and was a dedicated member of the Skyline Sportsman Assoc.  He rounded out his support to that organization as president.  Finally he was a strong supporter of the American values of family, church and freedom.  Joe served his country and believed in Freedom and as a life member of the NRA strongly supported the 2nd amendment  “Right to bear arms” as a necessary way to preserve it.

A special Thank you to Dr. Joe Gregory and staff, Dr. Scott and RN, Dr. Siddoway and all the MDs who’s expertise gave Joe quality of life and dignity in the end.  Not to be left out thank you wonderful RNs, CNA’s , and sitters from Senior Solutions Hospice and Home care who helped Joe and our family in ways too many to mention.  You are all true, caring professionals.

Cremation has taken place. Funeral Mass and Rite of Committal will be held on June 10, 2022. A funeral notice will be placed closer to the time of services. In lieu of flowers, memorials in honor of Joe are suggested to Skyline Sportsman Assoc., Senior Solutions Hospice, Butte Food Bank or charity of the donor’s choice.  Thank you all and God Bless.

Please visit below to offer a condolence or share a memory of Joe.

Axelson Funeral and Cremation Services has been privileged to care for Joe and his family.