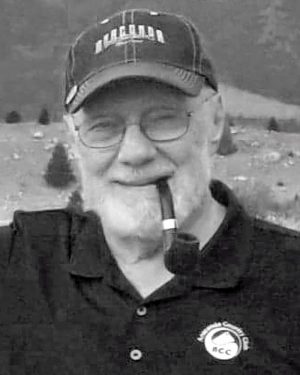 Surrounded by his family and loved ones at his home in Butte, John Hall, passed away early Tuesday, Nov. 5 following a short illness.

Born Dec 4, 1939, in Columbus, Ohio to Homer and Grace Hall, John enjoyed what he referred to as a rough childhood – one that was full of mischief and wonder. One of three brothers, Billy and Jim, and a sister, Patty Ott, John grew up in his hometown of Columbus, graduating from Linden McKinley High School in 1956.

John struck gold in his third attempt at marriage, tying the knot with Diann (Galle) Hall in 1993. He had five children, Vickie Hall of Anaconda, Debbie Hall, Kelly Hall and Johnny Hall, all of California, and Laura (Lewis) Goodson of Texas; two stepchildren, Chad Heffernan of California and Corey Heffernan (Trish) of Missoula; several grandchildren but was especially close to grandsons, Bryan Simpson and Brennan Heffernan; and granddaughters, Katie Goodson, Hattie Heffernan and Ryann Heffernan; and great grandson, Zander Simpson.

Described as a stand-out all-around athlete by his peers, John excelled in football, baseball, basketball and swimming. In his adult life, John was a jack of all trades. He worked in a bakery and other odd jobs but driving long hall trucks with Mayflower was what brought him to become infatuated with Montana.

He moved to Anaconda in 1978, taking a job with Grayrock Trucking. Shortly after, John’s business acumen was established. He purchased Anaconda Florist in 1979 and expanded it into Hall Johns Wholesale, serving Southwest Montana and beyond. He and his current wife, Diann, then purchased Wilhelms Flowers Shoppe in Butte in 1988 – a business still operated by Diann.

The couple expanded their business ventures, purchasing the Anaconda Bar in 1990 and The Shack in Deer Lodge in 1992. They then took over Brinks Amusement, an adult gaming company, that served establishments from Anaconda and Butte to Dillon, and a variety of towns in between.

In his spare time, John always made time for his passions, namely fishing, golf and bowling. John became one of Montana’s best bowlers and recognized by his peers as such, being inducted into the Montana Bowling Hall of Fame in 2000.

I marveled at how he threw it the same every time,” said longtime teammate, doubles partner and friend of 30 years, Mark Hodges. “He was true competitor and a great teammate. It was an honor to be in attendance when he was inducted into the Hall of Fame.”

Never one to hold his tongue, John was a polarizing individual. But those who chose to brush off his brash commentary and see the man underneath a gruff exterior were the ones John considered his best friends. Truth hurts, and John was never one to let a thought go unsaid.

Being stubborn and bullheaded aside, his unmistakable affection for making people feel awkward with a sudden and crushing embrace with his male and female friends – as Diann says, “He loved them all.” The smell of tobacco smoke billowing from his pipe usually gave his presence away, and it’s what many, if not all, will miss the most.

John and Diann began selling off their businesses to enter retirement, keeping Wilhelm’s only for his wife’s sanity. They eventually sold their property at Georgetown Lake after 16 years and moved to Butte. He would drive to Anaconda seven days a week to open the Anaconda Bar for his morning customers, never missing the 8 a.m. regulars.

His bowling prowess diminished over time after a hip surgery in the late 2000s, so instead of competing at the level he was once accustomed he would offer advice and even go as far as coaching young bowlers. He never missed a Ringin’ 10 at Star Lanes or 40/90 at Little’s Lanes Great Falls, even if he wasn’t participating. Those were the places and friends he cherished the most.

In retirement, he grew fond of spending time at the family cabin, fishing at Holter Lake in Helena, and also with his children and grandchildren. He loved golfing with great friend Marvin VanMeel and teaching his great grandson how to golf while also getting in trouble for giving him Mountain Dew.

John was preceded in death by his mother and father, father and mother in law, Buzz and Betty Galle; brother, Jim Hall; daughter, Kelly Hall; and grandchildren, James Hall and Earl Hall.

Cremation has taken place and services will be held later next summer, or as his friend Blake Hempstead says, “will be held when the ashes spread in his remembrance start to grow rotten apples.”

Please  see below to offer the family a condolence or to share a memory of John. Axelson Funeral and Cremation Services has been privileged to care for John and his family.