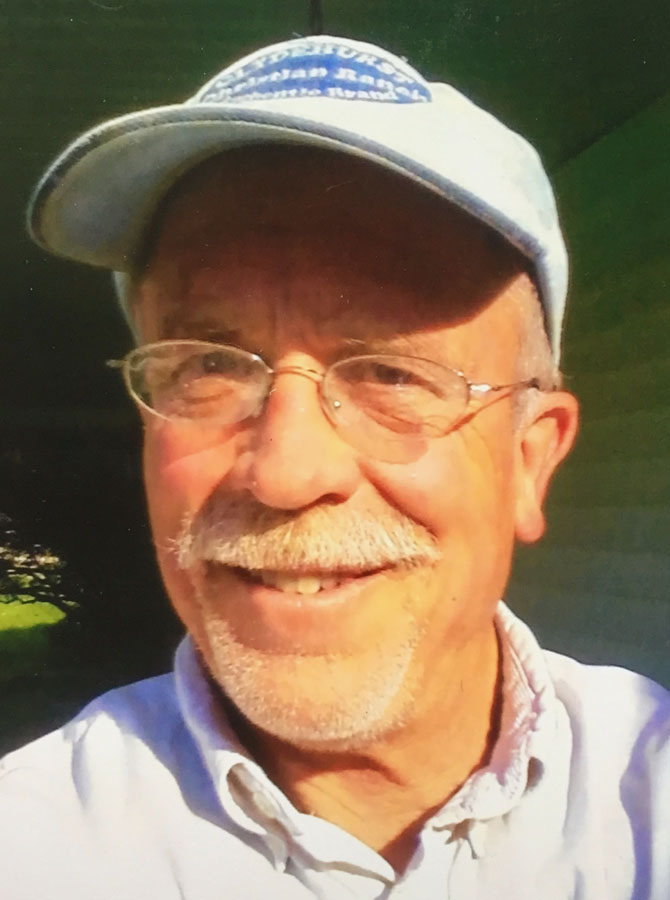 John Briggs Nicolson, age 67, passed away on October 9th, 2022, after a long illness. The youngest of three children, he was born in Billings on June 18th, 1955, to Elizabeth “Libbie” and John “Jack” Nicolson.

From an early age, John was a talented tennis player; as a teenager he was Montana AA doubles champion. He also loved woodworking. He learned the basics from his father, Jack, himself a skilled carpenter. One of his first design projects, around the age of 10, was a medieval pillory. He asked sister Mary to try it out, then promptly locked the device and left her in public view; it was a sturdy construction, but Mary was not amused!

After graduating from Billings Senior High, John enrolled at Oregon State University. When the Forestry/Botany program he entered turned out to be more about chopping down trees than learning how they grow, John returned to Montana to attend MSU in Bozeman. There he completed a degree in Industrial Arts and Technology Education.

In 1975, John married his high school sweetheart, Rebecca Yapuncich. Although they later divorced, John never forgot her and her large, fun-loving, tennis-playing family, who had warmly welcomed him into their clan.

In 1978, John established Gallatin Fine Joinery in Belgrade, where he specialized in making custom wood furniture. The noted British designer Alan Peters inspired John’s early work, which was featured in the prestigious professional magazine “Fine Woodworking”. Using mainly hand tools, he built several beautiful musical instruments, including a harpsichord, mandolin, guitars, and hammer dulcimers. Apart from extra certifications and several years’ experience as a broker, John remained a woodworker at heart. In addition to work for building contractors in the wider Bozeman area, both remodeling and new construction, John completed many of his own design projects, including an energy-sustainable greenhouse made of hay bales. When times were tough John worked as a hotel maintenance technician and a house painter, jokingly reflecting that he was the only crew member with a college degree.

John was a talented musician and loved music. After studying classical guitar, he taught himself piano. In high school, he played lead guitar in a band that had gigs in Billings and surrounding towns. John’s professional technical drawing skills later formed the basis for a large series of beautiful abstract artworks. A lifelong dog owner, his successive pointers Chopper, Charger, Chaser, and Chuck were soulmates, together enjoying the beautiful Gallatin river and lands around John’s Belgrade home. John was also an avid reader of both fiction and non-fiction literature, with a collection of over 1000 books.

Over the years, John built a broad network of friends and colleagues in the Bozeman area. He will be remembered by them and his family as creative, witty, charismatic, eccentric, a great writer and storyteller. He amused his nephews and niece, among others, with tricks like the removable thumb and the cracking nose. Although we all tried, John was the only family member who truly mastered these skills.

Above all, John was a caring and generous person, always willing to help others in need. During his last months and in spite of his declining health, John remained positive and open, making new friends along the way. John has mentioned his two proudest accomplishments: firstly, caring for his mother Libbie throughout her terminal illness, and, secondly, winning his long-term battle with alcoholism. Both of these required courage, dedication, and compassion. Special thanks to those who supported him during these difficult times.

John much appreciated the care and comfort he received from the staff of Bozeman Deaconess Hospital, Continental Care and Rehabilitation Center (Butte), and associated hospice caregivers and volunteers. To them our heartfelt thanks.

In memory of John, donations may be made to Bozeman’s Heart of the Valley Animal Shelter, via their website https://www.heartofthevalleyshelter.org/ways-to-give/.

Axelson Funeral & Cremation Services has been privileged to care for John and his family. A memorial service will be planned at a later date.

Visit below to leave a condolence or share a memory of John.