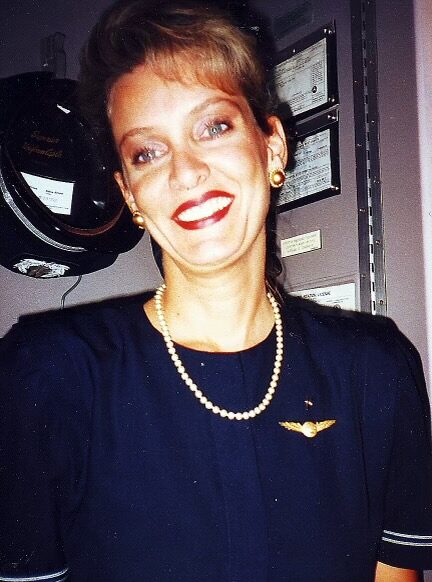 On the morning of June 15th , Our Amazing Wife and Mother passed on from this life, to join our Lord in Everlasting Paradise.

Jody was born in Pauls Valley Oklahoma and was raised in Lindsay Oklahoma. She was the youngest of 6 Children. She Graduated from Lindsay High School in 1983, She held jobs at a flower shop, a western outfitter and as a waitress, before fulfilling a childhood dream being hired as a Flight Attendant with American Airlines in 1987.

Jody Spent 26 years flying all over the world with the Airline, before retiring in 2013. Additionally She also was a Full-time Single Mother of 2 sons. Who she raised and provided opportunities for them to broaden their horizons with travel and culture.

All that we are, or ever hope to be, we owe to our Angel Mother. We LOVE you for eternity and then some.

No services are planned.

Please visit below to offer the family a condolence or share a memory of Jody.

Axelson Funeral and Cremation Services has been privileged to care for Jody and her family.