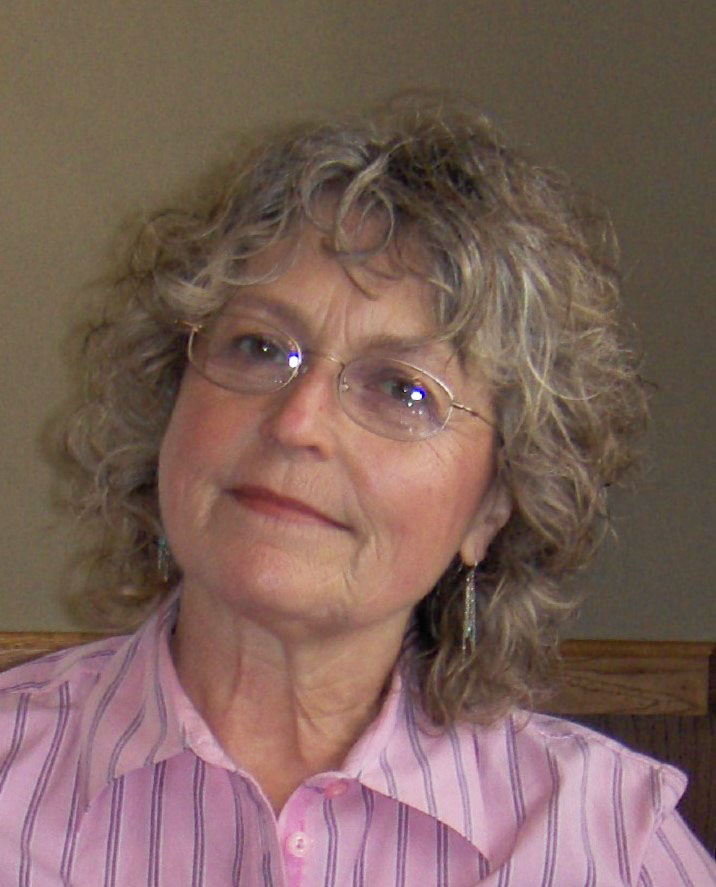 On the evening of March 25, Joan Coey Young passed away in her home, comforted by her husband, Dwight Young. Although she struggled with numerous health issues over the latter years of her life, her free spirit and warm smile stayed with her till the very end. She was 80 years old. She was born Joan Marie Coey on December 21, 1940 in Helena, MT to John and Martha (Flynn) Coey of Deerlodge, MT. As an infant she moved with her parents to Missoula, MT where she lived her entire life.

She attended Paxson Grade School where she developed many friendships starting in the first grade that she maintained her entire life. There were many gatherings of those friends over the years. During this time in her life she learned to play the piano, which was the beginning of a life long love of music. She especially liked the standards of American Jazz Age, but her appreciation spanned a wide, eclectic range of music genres. Later in life she took up playing again.

Since both of her parents were from Deerlodge, one of her great joys as a youngster was spending time there in the summer with her Grandparents. Her infectious and friendly nature led to the development of life long relationships with people in that community as well. Some of her fondest memories were playing bridge with her Grandmother and Aunt, going to the Rialto theater and having a soda at the Keystone Drug soda fountain. Deerlodge remained an important part of her life and she returned many times over the years for a nostalgic tour of the old neighborhood and homes of her Grandparents.

In 1956 Joan Coey married George Worden and had four daughters, Laurie, Linda, Mary and Georgia. They lived happily in Joan’s childhood home on Ford Street for several years. Joan was involved with her children’s school by serving as a Room Mother and also in the PTA. Joan was a homemaker who found time to sew clothes for her girls and was a tremendous cook. During these years Joan enjoyed working every summer for the Missoula Fair at the horse races and selling Avon, making great friends in the process. Joan started her girls on their faith journey by attending St. Anthony’s Catholic Church.

In 1977 she met Dwight Young, her eventual husband, and they spent the next 44 years together. They were married in 1984. They did everything together, from outdoor adventures, fishing, travel, to simply time at home. In 1988 they bought lake front property in Mulligan Bay on Flathead Lake and spent 30 years recreating and sharing it with her family. Water skiing was her passion and she came to be known as the “Energizer Ski Bunny” for her ability to ski for miles. As always she developed even more lifelong friendships with the neighbors over the years.

Joan was a true Irish lady. Her father was born in Belfast, Ireland and her mother was half Irish, so she was Irish thru and thru and extremely proud of her roots. She and Dwight made two trips to Ireland where she was able to locate family members and the homes of her grandparents and great grandparents on her father’s side.

Throughout her life Joan left an indelible mark on all the people she encountered. Her genuine interest in their well being and uplifting spirit brought joy to everyone. She was cherished by all who knew her and vice versa. We will all miss her dearly. We love and care for you very much Mom! It is a comfort to know you are with our Lord and Savior and we will see you again!

A Celebration of Life (Irish Style of course) will be held at a later date in Missoula, probably late summer or early fall of this year. Public announcements will be made in advance so all can attend. Please make donations in lieu of flowers to the Humane Society, St Judes Childrens Hospital or the charity of your choice.

Please visit below to offer a condolence or share a memory of Joan.

Axelson Funeral and Cremation Services has been privileged to care for Joan and her family.