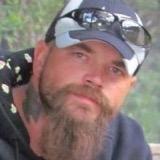 Jason was a free soul from the get-go and developed a love for cars, trucks, motorbikes, snowmobiles, Harleys, and anything that went fast, or that he could wrench on. At a young age while most kids were still into toys and kid things, not Jason… for him it was motorbikes, cars, and speed. When Jason was very young his Grammie Ann asked him if he wanted to go see the fireworks display. His response was “No gram you seen one you’ve seen them all” however in later years he moved on to dynamite to make the biggest bang he could on the 3rd of July. Jason always had a passion for anything he could fix, build, or create. Jason spent many years as a master mechanic and worked at Butte GM and Baker Auto along with locations in Nevada, Kalispell, and out of his own shop. He was known as “Mr. Fix it” to his family and friends and was always willing to help get whatever he could back up and running. He always had to have a project. Jason was a Butte boy through and through and was “Butte Tough” but was also known to friends as “Jason Gus’s tough son” Jason was a true hearted genuine person and would give anyone the shirt off his back if they needed it. Jason also had a special inseparable bond with his grandparents Harold and Luella that words cannot describe and his Grammie Ann who he always missed from the time she left this earth.

Jason met Lynn Powell in the early 1990’s and together they had his “pride and joy” Braach in 1992. Jason’s next greatest joy was the discovery of the birth of his 2nd son Bryant “Bubba” Morris. Jason loved both of his children deeply. Jason spent many years in Butte then moved to Whitefish MT in 2003 where he met and married “his rock” and eternal caregiver Andrea Null. Jason spent a few years in the Kalispell area wrenching and enjoying all the area had to offer including Glacier National park where he really enjoyed “God’s Highway”, The Going To The Sun Road. Jason later returned to Butte where he spent many years wrenching, camping with family at Canyon Ferry and enjoying all life had to offer. Jason lived his life to the fullest and always did things the only way he could “his way”.

Jason was preceded in his journey home by his Grandparents, Harold and Luella Gustafson, Grammie Ann Shea Meier and Uncle Jeff Gustafson.

Thank you to all his friends who loved and cared about him and to Dr. Grace for taking care of him.

Until we see you again there will be a hole in our hearts that nothing will ever fill! You have found Peace Jason. We will all always love you so much!! And will never stop missing you!!

A celebration of life gathering for family and friends will take place March 5th, 2021 at the McQueen Athletic Club at 5:00 PM.

Jason’s last wish, his final Harley ride on this earth, will take place on “The Going To The Sun Road” in Glacier National Park, later this summer, where he will enjoy his last ride eternally in his favorite place. Anyone who would like to take that last ride with him please come and join us. A day and time will be announced at a later date.

Please visit below to offer a condolence or share a memory of Jason.

Axelson Funeral and Cremation Services has been privileged to care for Jason and his family.