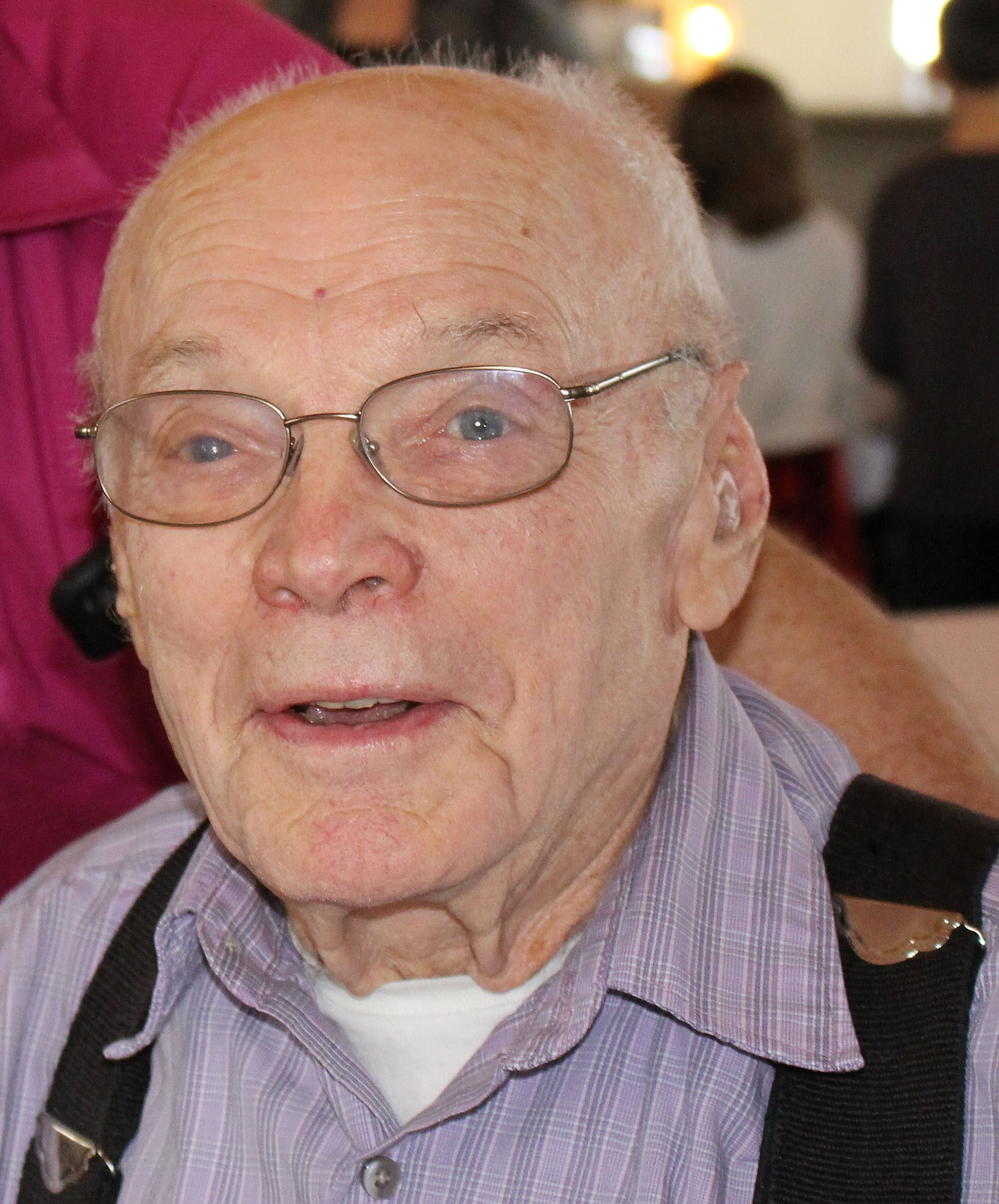 John D. “Easy” Walsh passed away on January 6, 2022, with his son, Tom, at his side. He was born in Butte on March 27, 1925, to Dave and Marie “Lenz” Walsh, attended St. Joseph Grade School, and just prior to graduation from Butte High, joined the Navy and served in the South Pacific during World War II. Upon discharge, he returned to Butte and followed in the family trade of carpentry. Jack married Peg “Walsh” Walsh in September 1951, and son Tom joined the family in September 1952 – point of interest while dating Peg, her niece, Peggy Jo would announce that “Easy” was here. Little did she know that the “Easy” nickname fit him perfectly and would last a lifetime. In the early 50s, Jack started his own construction company and would complete numerous projects in the Butte area. In the early 70s, an accident took him away from his trade and business for over 2 years. In 1976, Easy and Tom restarted Walsh Construction, where he helped Tom with many projects in SW Montana until his retirement in 1992. And after retirement, he spent countless hours at the shop, office, and jobsites, as he would say, “just keeping Tom in line.”

Easy and Peg enjoyed several Notre Dame football trips and trips to Jackpot and Wendover to as he would “donate.” And of course, they both enjoyed many great times with friends and family at the “cabin” at Canyon Ferry.

A few very special people in Jack and Tom’s life were Deb Hamry and Jackie Currey and of course our Tuesday night dinner providers Randy and Shari Widhalm. Thank you so much.

We would like to thank the crew from Senior Solutions, especially Kathy – Abby – Julie and Chris for their care and love and another big Thank You to Janet and Shawna at Compassionate Heart Home Care. You were all fantastic. Thank you so much – also a thanks to Dr. Shawna Yates for all her care and concern and love.

Cremation has taken place and a celebration of Easy’s life will take place this spring/summer. Easy would want us to have a party and we will.

Please visit below to offer a condolence or share a memory of Easy.

Axelson Funeral and Cremation Services has been privileged to care for Easy and his family.