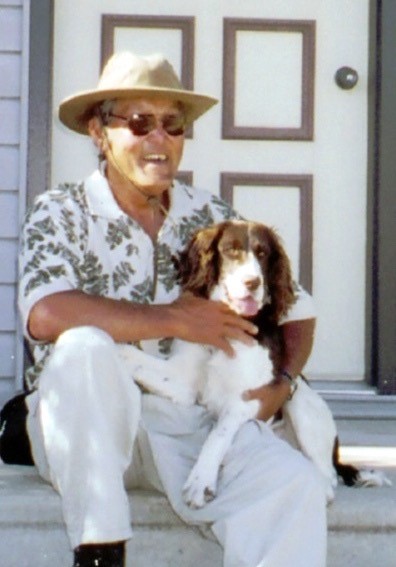 In the early morning hours of October 20, 2021, Jack Yamanaka passed away after a brief battle with the complications of COVID-19 at St. James Healthcare in Butte, MT. He was 84 years old and fully vaccinated.
Jack was born February 4, 1937 in Kohala on the big island Hawai’i and was the first of 3 sons of Tooru “Jack” and Sueko (Suzuki) Yamanaka.
The family lived in Hawi and Hono’apu on the Island of Hawai’i; they later sailed to Oahu on the cattle ship Humuula and lived in the McCully neighborhood in Honolulu. Jack attended Lunalilo Elementary, Washington Intermediate, and graduated from McKinley High School in 1955. He sometimes told the story of when he was 4 years old he ran out into the street to watch a lot of airplanes, not knowing that their intended target was the nearby naval base at Pearl Harbor.
Growing up he was a Boy Scout and loved body surfing; hunting; fishing; diving; crabbing; auto drag racing; ham radio and Morse code.
He was a Lt. Colonel in the ROTC and the captain of the rifle team. Jack attended the University of Hawaii at Manoa and graduated with a degree in electrical engineering.
In 1956, Jack enlisted in the U.S. Air Force and was honorably discharged in 1962. While watching recent news coverage of Black Lives Matter he talked about being stationed at Keesler AFB in MS during the Civil Rights movement and how the Hawai’i boys tried to figure out if they were supposed to be white or black when it came to bathrooms or water fountains.
Jack married Betty Oshiro in 1965 and moved to WA and worked for Boeing when their first child was born. The family later moved to Aloha, OR and son Jason was born.
In Oregon, Jack worked for Tektronix and eventually started his own data processing business using early computers that relied on punch cards. Later the family moved back to the Puget Sound area as Jack took a job with Pan American Airlines, a contractor at the Trident Nuclear Submarine Base.
Many family vacations were spent salmon fishing at the mouth of the Columbia River. Because Jack got seasick, it was up to daughter Jackie to bait the hooks, drive the boat for trolling, and stop to land the salmon, all the while dodging naval vessels and freighters. When not based out of Astoria, the family spent time fishing amid the San Juan Islands.
Later, grandson Jeremy Williams took over driving the golf cart or boat for grandpa. Jack bought a sailboat when Jeremy was young and the two hit the road to Bellingham, WA towing a very large boat with a very small Toyota pickup determined to set sail in the Puget Sound. After a couple of days, Jack realized that he didn’t know how to sail. Jeremy still remembers meeting up with another family with the same boat who quickly outpaced them even though the sails were up and motor running full speed. Still, they explored the San Juan Islands and grandpa taught Jeremy how to catch crab, shrimp, dig clams, and even fish for sharks.
Later in life, Parkinson’s disease didn’t keep Jack from competing at trap or cowboy shooting contests with single-action revolvers. Jack was also an avid golfer, gold miner, and model airplane enthusiast. He loved his dogs dearly, his constant companions for his outdoor pursuits.
In Montana, Jack lived in Miles City, Billings, Helena, and finally Butte to live at the newly constructed Southwest Montana Veterans’ Home where he was among the first residents when it opened in 2021. Among his favorite activities there included target shooting with Nerf guns and “golf.”
Jack is preceded in death by his parents; brother Harold; wife Betty; and son Jason.
Jack is survived by his daughter Jackie and Patrick Williams; grandson Jeremy and Annie (Ouellette) Williams; brother Stanley and Elaine Yamanaka and their children Keith and Brian; sister-in-law Suzanne Yamanaka and children Wade and Jon; cousin Glenn Yamanaka and numerous other family members.
Cremation has taken place.
The family would like to extend special thanks to the medical staff at St. James Healthcare for their care during his final days and gratitude to the staff at the Southwest Montana Veterans Home. We would also like to extend thanks to Fort Harrison VA Medical staff and Axelson Funeral & Cremation Services for their compassionate care.

Please visit below to offer the family a condolence or to share a memory of Jack.