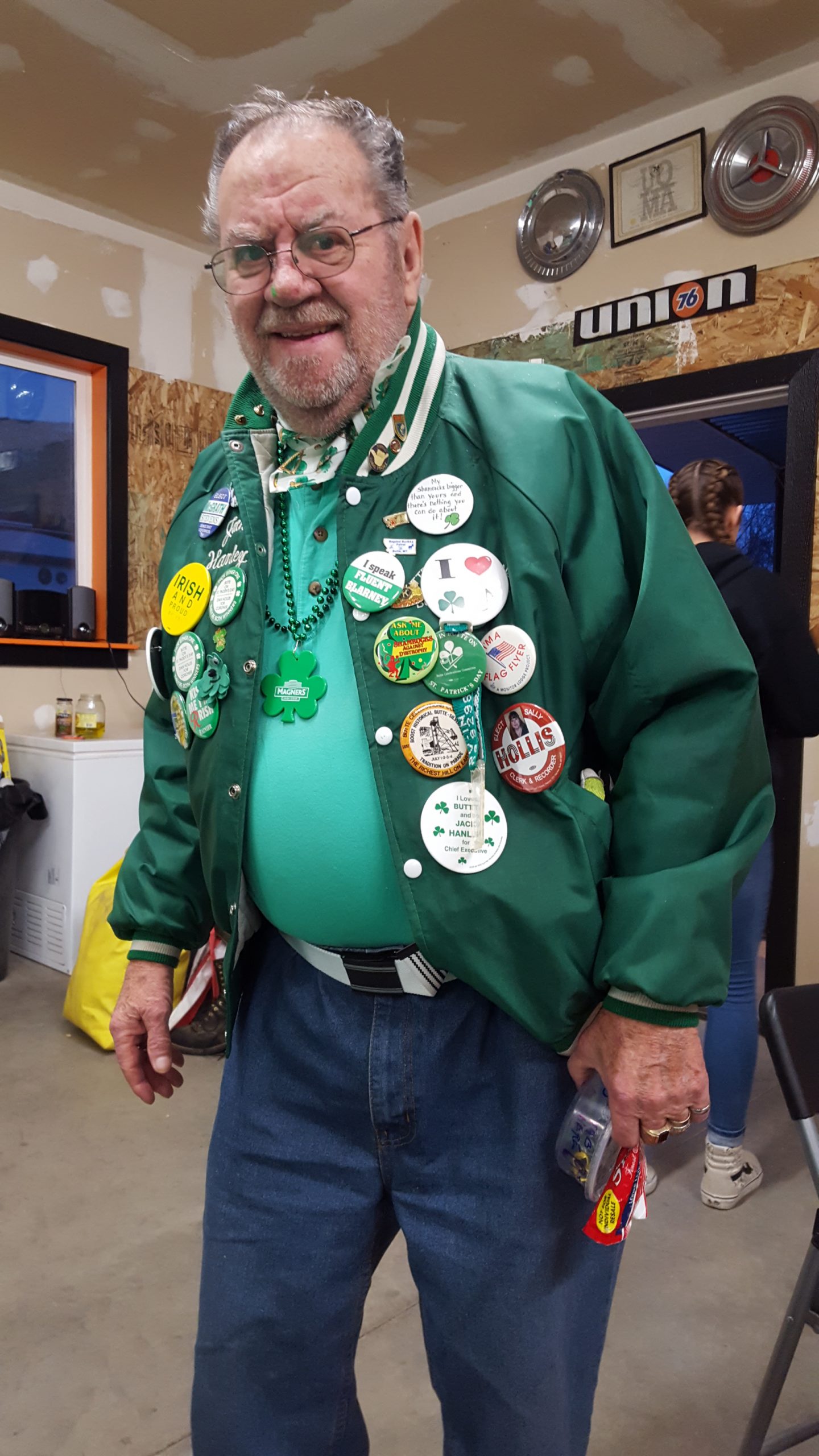 To be able to write my Dads obituary is both an honor and sad for me but I am going to do my best to make him proud. Love ya Pops!

Jack Hanley, 87, went to meet his creator on Sunday, February 14, 2021 holding the hands of his two daughters Jackie and Niki.

Dad was born in Butte on December 30, 1933 to John and Kathleen Moss Hanley. He was the oldest of six children and you can bet that they all gave their mother a run for her money. Dad attended Saint John’s Catholic grade school, boys Central, attended Carroll College, and Montana Tech before enlisting in the Army in 1953. While Dad was stationed in Tokyo Japan, he attended Sophia University.

Dads 32-year military career was one of great honor. The fact that son David and grandsons Jeremy, Jesse and Brady all joined the military gave Dad immense pride. In 1992 Dad was named Butte Silver Bow Military citizen of the year and honored in the St Patrick’s Day parade that year. While enlisted as a medic he had the joy of bringing life into this world by delivering babies and was also able to be of comfort for those who lost their lives. The life-long friends Dad made while enlisted in the US Army and in the Montana Army National Guard were many. You know who you are, and I know that was a time in his life that he held close to his heart.

While living in Helena Montana, Dad met Mom, Gerry Wihlborg-Clark. They married in March 1968. From that marriage he became a stepfather to Mom’s two children Debbie and Davie. They added two girls, Jackie and Niki, to the family.
Dad had many other careers in addition to his military career. Dad started in radio while stationed in Japan where he earned the nickname “Spinner Jack.” From there he went to television where he became news director at KXLF TV. This career led to a friendship that would span over 50 years with Danny Hollis. Dad worked for Model Cities District #8 and traveled the US extensively teaching people about legislative importance. Dad and Mom purchased the Donna Belle drive-in where you could get the best Whataburger in town. During that time, they also purchased the Acoma Lounge and Supper Club. Here you could dance the night away to live music or have a prime rib dinner that included spaghetti and homemade raviolis that were made every Sunday by mom and Dad while Jackie and Niki played on the dance floor downstairs. From there Dad went on to sell insurance for American Family life Assurance. He went from associate to regional manager in a short time. They met so many great people they immediately became longtime friends with. Dad left American Family to create “Jack Hanley and Associates” where he dabbled in so many different things, they are all too numerous to mention.

This led Dad to find his greatest passion. Writing his good news newspaper for The Rountown’ Review. His greatest gift was being able to offer the free edition to his readers. Dad’s love for his hometown of Butte Montana was apparent on each and every page. He was able to interview and write about so many Butte and Montana characters that it even led him to be honored as Small Businessman of the Year.

To say Dad’s civic work went over and above the average person is putting it mildly. Dad was one of the first Butte Celebrations members to help plan St. Patrick’s Day and Fourth of July festivities and later was to add “pig races” and the “bed races” to the lineup. Dad was a member of the Masons and the Shriners where he was able to work next to his father-in-law Sid to help children at the Shriners Hospital for Children. Dad was exulted Ruler for the Loyal Order of the Elks, past associate guardian for Job’s Daughters Bethel #12. Dad was also a member of the American Legion Post #1, the board of the American Red Cross, volunteered with Habitat for Humanity, was a member of the Lions Club and the local Toastmasters group and many more I am sure I am forgetting. One of Dad’s greatest contributions to the children of Butte and Southwest Montana were the time he was able to spend at the Kiwanis Sunshine Camp. Dad and his good friend Jerry Aanes worked hard but always had fun doing so while they were there. Dad was able to teach the skills he thought each child would enjoy and help them to become the people he knew they could be. Whether it be cooking or carpentry, Dad did it all with the flourish nobody else could top. Dad was instrumental in starting the Kiwanis Aktion Club for adults with disabilities to be able to serve their community! He loved each one of you.

Being called Dad Grandpa, and Great Grampa were his favorite titles. Brother Jack, Hank, Spinner Jack and Unk each ran a close second. Teaching his grandsons to fish, to pound a nail, to saw a board, to tie a knot or to be a great soldier were gifts that Grampa loved to share and that they very much appreciate to this day.

Dad was always up for a party and St. Patrick’s Day was never lacking in fun when it came to Dad. Irish whiskey a beer and Disaronno were always on the drink menu and there was never a shortage of any of them. Labor Day and 4th of July picnics and burying a Turkey underground to cook are some of my fondest memories growing up. These were always a huge success attended by family, friends, and neighbors and filled with laughter, food, drink and games.

Jack is survived by daughter Jackie and her husband Pat Sampson, daughter Niki and her husband Wade Massey stepdaughter Debbie Stocklin, stepson Dave Clark and his wife Lucille. Grandchildren Jeremy and Caitlynn Ott and their children Leighton and Owen and baby boy Ott coming in July, Brady Farren, Sydney, Jake, Ty and Dane Massey, Jesse and Samantha Stocklin and their daughter Nora Layne, Shelby Stocklin and her son Hunter, and grandsons Scott and Dale Sheridan and their families. Brother Jerry Hanley, half-brother John Hanley and half sister Mary Anne Hanley. He is survived by his former wife, Gerry Hanley, and brother-in-law, Roger Wihlborg. He is also survived by special friend, Lucy Taylor.

Memorial services will be held at the Butte Copper King March 9, 2021 at 2:00. Please follow all COVID-19 precautions. Masks required.

In lieu of flowers please make donations to the Shriners Hospital Spokane or to The Butte Silver Bow Kiwanis Sunshine Camp.

We are all sending you one last Salute Dad. We will miss you and will see you again.

Please visit below to offer a condolence or share a memory of Jack.