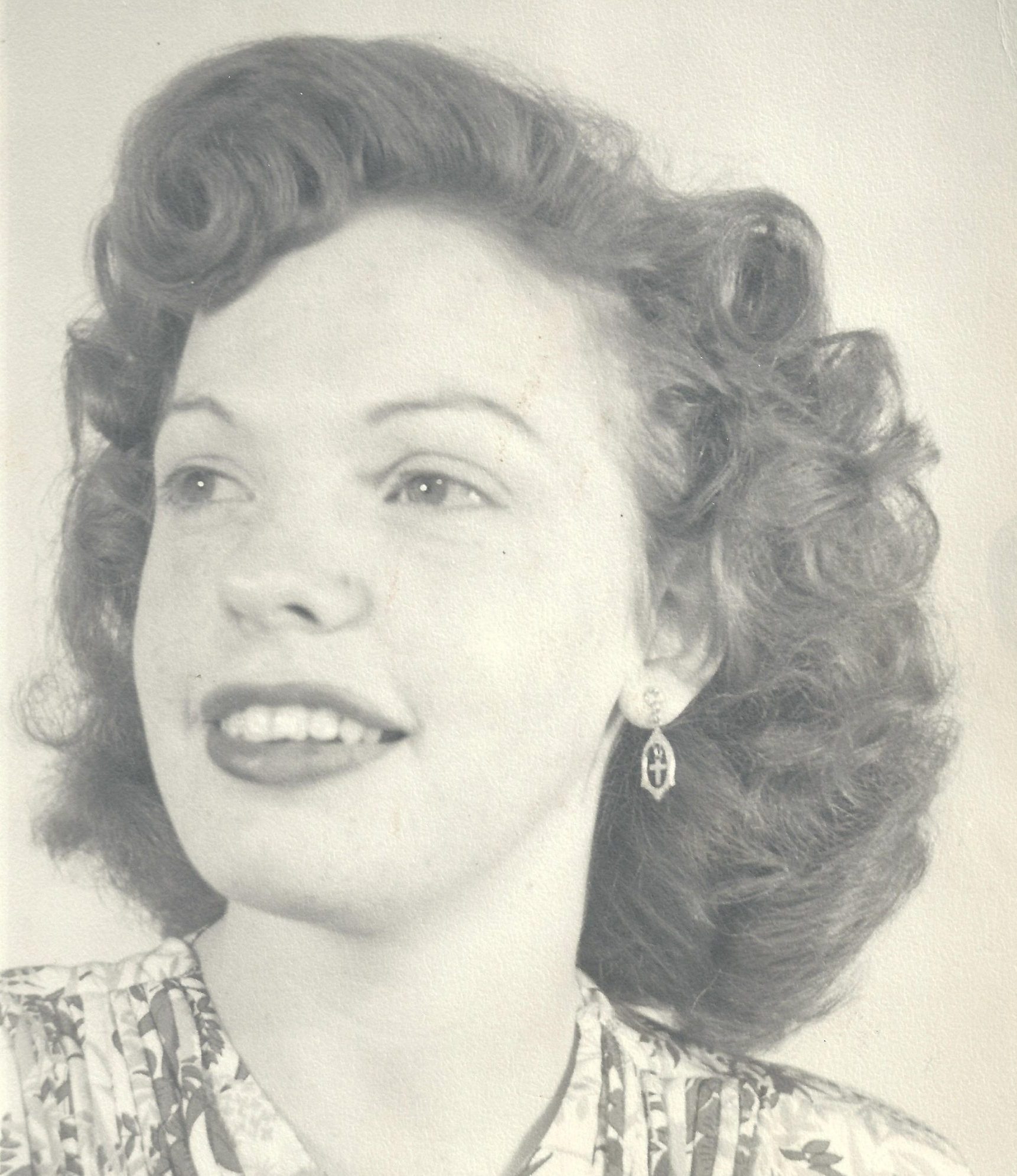 With sadness my sister and I regret to announce the passing of our Mother, Helen L. Lingenfelter Maichel (“Helen”) aged 90. On July 23rd she died from natural causes with her children close by in her home at “The Springs at Butte” in Butte, Montana, She is preceded in death by her Husband Homer in 1997.

Helen was born May 25th, 1930 in Johnstown, Pennsylvania to Richard and Marie Lingenfelter. She was the ninth of eleven children. In 1949 her father, a munitions machinist, was transferred to Concord, California by his employer, the Pittsburg Steel Company. There she met our father, Homer E. Maichel, a native Montanan serving the US Marine Corps in San Diego.

On July 8th, 1950 they married, and Helen went to work for Convair Aircraft as a “Rosie the Riveter” pin striping the wings of Convair’s B-36 “Peacemaker” bombers.

In 1952 they moved to Harrison, Montana, Homer’s birthplace, where they operated a small café and a year later took over the management of the family’s farm and ranch. Without indoor toilet plumbing for several years, Helen butchered her own meat, churned her own butter, and baked her own bread; feeding her family and dozens of ranch hands. She would tell us she was a lousy cook and hated cooking. She was right on both counts, but she could cut and wrap a hog in half-a-day on her own.

She and Homer had two children, Jeff in 1955 and Jennifer in 1957. Mom used to tell us Dad only stopped working long enough to drop Mom off at the hospital in Ennis and pick up her up when she and the baby could come home. Dad would confirm this routine later.

Life on the ranch was never easy, but great fun most of the time, and Helen thrived in it. She accredited that life and the state of Montana for making her who she was… tough, independent, and strong.

In 1990 Mom and Dad sold the ranch and moved to Pipestone, Montana, a roadside hot springs along I-90 and retired in a foothill estate that Mom said was the only spot in Silver Bow County the wind never blew!

While retired she spent lots of hours creating stained glass art, making baby blankets for sick kids, and volunteering at St. James Hospital in Butte as a “candy striper”. In later years she would serve on the Board of Directors of the Hospital’s Foundation.
When Homer passed in 1997 Helen moved into Butte. There she maintained a private residence and continued to participate in donating her time and money to civic organizations such as the Widowed Persons Group (Board director), the Chelsea Bailey Animal Shelter, the Salvation Army of Butte, Montana, and the Silverbow County Sheriff’s office (she once asked the Sheriff “Now, should I bring my own gun or will you provide one?”).

Always an adventurer, Helen “free dived” from a perfectly good airplane and traveled to 37 countries on all the continents of the world except Antarctica, ranging from the outback of Australia to the pyramids of Egypt.

Her optimism and love of life was amazing, it influenced everyone. She went out of her way to help and befriend everyone she met, she told me once “if you can put a smile on someone’s face, it will put one on yours!”

Helen is also survived by her brother Ted Lingenfelter of Grass Valley, California, who was her best friend growing up; her daughter-in-law Larisa, son-in-law Keith, grandchildren Jill, Alla, and Nina, and great grandchildren Dasha, Denis, Joshua, Annabelle, and Abigail. And a great bunch of nephews and nieces, living in Montana and the Northern California area.

Helen asked not to have a funeral. She asked that her body be cremated, and her ashes be spread from above over the Tobacco Root Mountains. She also instructed us to tell you she loved you all and you have her deepest gratitude if you are reading this.

We have special thanks to Shawna and Janet, Mom’s caregivers for the past several months, and the staff at The Springs at Butte, for doing their job so well.

Please visit below to offer a condolence or share a memory of Helen. Axelson Funeral and Cremation Services has been privileged to care for Helen and her family.