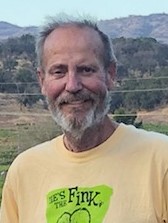 Harlan Michael “Mike” Campo, age 59, of Whitehall, Montana passed away on April 5, 2020 at his home. He was born to Harlene Hunt and A.J. Campo on July 15, 1960 in Napa, California. Mike was raised in Napa, and this is where he met his wife, Pam. He lovingly called Pam, “P.J.”. They were married on April 12, 1981 in Napa. Mike received his Associates degree and became a truck driver. He was a member of the NRA and also loved hunting, fishing, walking, and hiking with his dogs.

Mike was preceded in death by his mom, Harlene Hunt; his dad, A.J. Campo; his stepfather, Robert Hunt; and his brother, Terry Campo.

Please visit below to offer the family a condolence or to share a memory of Mike. Axelson Funeral and Cremation Services has been privileged to care for Mike and his family.