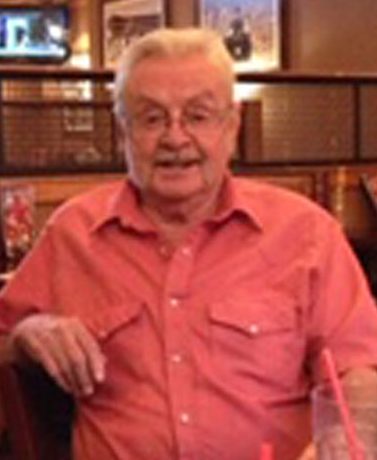 On the evening of December 31, 2020, Dad left us to join mom in heaven for New Year’s Eve. Glen Lewis Yant was born on July 27th, 1935, to Arthur and Ada (Reed) Yant in Deadwood, SD. He left home at an early age to pursue a career in Butte at the copper mines. He worked a series of odd jobs, including a dishwasher at Lydia’s Supper Club. There he met Janet Lafley and they married in Tonopah, NV on August 31, 1954. They were married nearly 45 years upon her passing. They had two daughters, Amy (John) Rogers and Jeri (Yant) Tallon.

Glen worked in the copper mine as a parts runner for many years, surviving each strike and closure. When he retired from the mine, he went on to drive the school bus for several years. He loved driving, especially the younger children. He enjoyed their stories and the little gifts they brought him. He also drove the tour bus to the Lady of the Rockies for a few summers and found it enjoyable. He was active with the Elk’s Club for a period of time and was affiliated with Local Union 381.

Glen enjoyed traveling, every summer the family embarked on a vacation, visiting relatives and seeing many sights along the way including MT Rushmore, San Francisco and Calgary, Canada. Glen and Jan enjoyed gambling and took numerous trips to Nevada over the years. Glen also went on a cruise to Cozumel, Mexico with his brothers, Harold and Sid, after Jan passed in 1999.

Glen had many collections throughout the years including coins and belt buckles. He became especially interested in Butte memorabilia. He could be found at garage sales, flea markets and beer shows, always adding to his collections. He loved telling stories of old Butte people and places, especially Meaderville, where he and Jan lived until the mine started to expand. They moved to the “flats” in 1964.

Special thanks to Compassus (Jeanna), Easter Seals, Senior Solutions (Aubree, Stacey) for their help in caring for dad. Also, the Beehive Homes (Luchy) where he resided for a very short time before his death.

Enjoy a martini in Heaven Dad, we love you!! Glen has been cremated and will be placed with his loving wife, Jan, and special feline pet, Smokey, in the spring. No services are planned and condolences can be made to Axelson Funeral Home.

Axelson Funeral and Cremation Services has been privileged to care for Glen and his family.