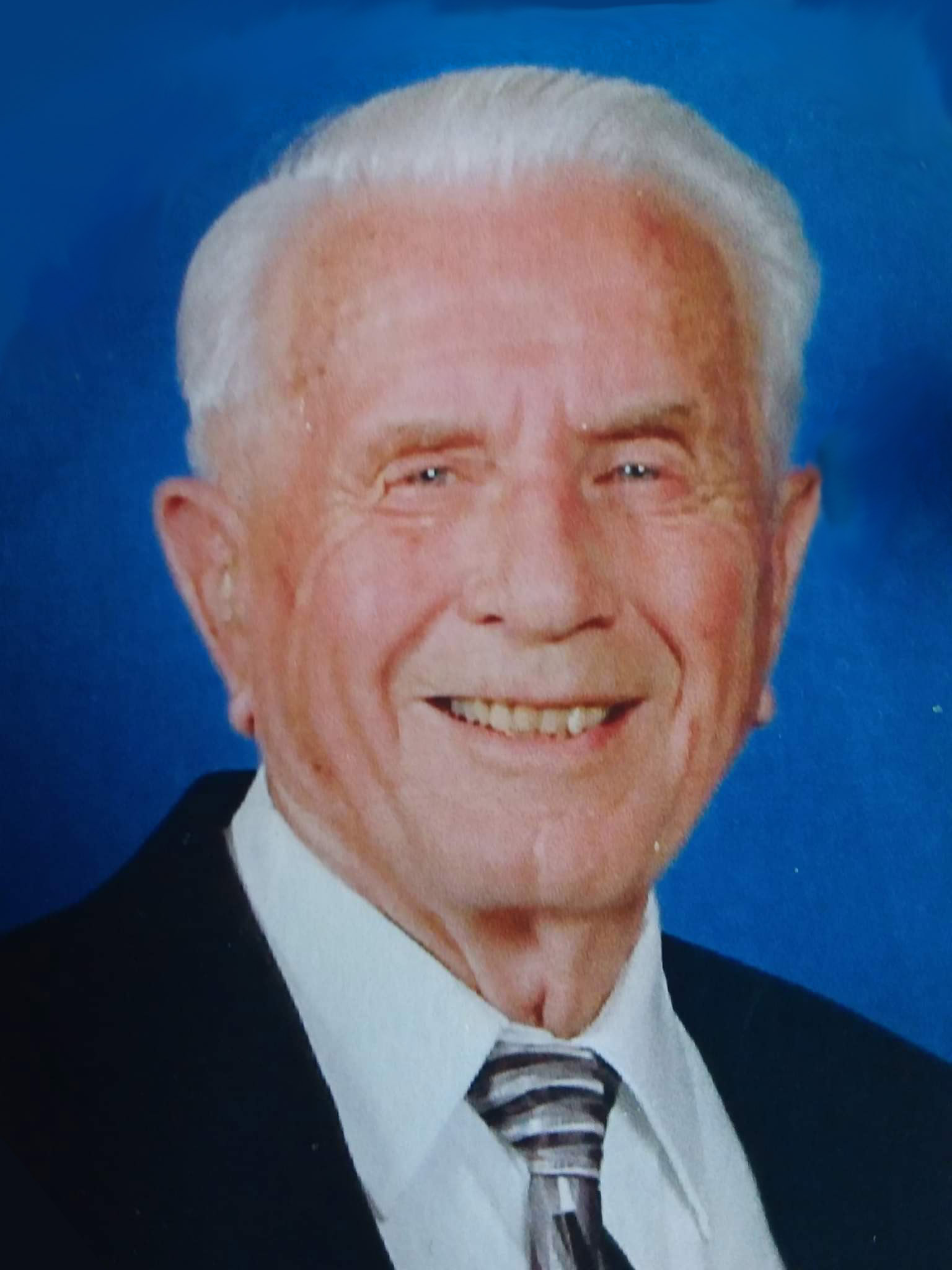 He entered the service November 24, 1942 and was sent to Farragut Navy base, Idaho for ”Boot” camp. After “Boot” camp he was sent to Texas A&M college for radio operators training. After three months training, he was promoted to Radioman 3rd class and transferred to Miami, Florida for assignment on a sub chaser in or about May 1943. On or about June 1943, he was sent to a shipyard in Stamford, Conn., to get the radio equipment on the SC-1355 ready for sea duty. The SC-1355 was assigned to Norfolk, VA., from there to Moorhead City, N.C. was a stretch of the east coast to escort merchant ships going north or south. He served on the SC-1355 until October 1, 1944 when he was transferred to the DE 442 USS Ulvert M. Moore. This ship was skippered by FDR Jr., the president’s son. The Moore was involved in such actions as the second battle of the Philippines, Iwo Jima & Okinawa. He was anchored in Tokyo Bay the day of the surrender September 7, 1945. He returned to San Diego early in 1946 and worked at de-commissioning the ship. When that was completed, he was transferred to the DE 441 and helped de-commission it until his discharge on July 6, 1946.

On June 21, 1951, he was called back into the service and was assigned to the L. S. T. – 1048. It was sent to Pearl Harbor where it was refurbished to make it a flag ship. When that was completed, it returned to San Diego for a brief period and was then sent to Korea. He was transferred to the Naval base at San Diego because he had less than six months to serve. On April 14, 1952 he was discharged.

He was a salesman for Munnell & Sherrill Lumber Mill Supplies in Eureka, California.

He loved to golf and would not use a cart except when he had to for a tournament. He stopped golfing when he could no longer walk the course at the age of 90. He enjoyed boating, fishing, and hunting.

No services are being planned.

Please visit below to offer the family a condolence or share a memory of Glen.

Axelson Funeral and Cremation Services has been privileged to care for Glen and his family.