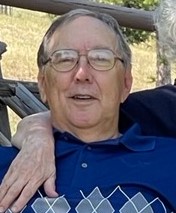 On Friday, September 3, Fred passed away at his home with his loving wife by his side. Fred was born in Ironwood Michigan on July 7, 1947 to Roman and Hulda Wendt. He moved to Butte at a young age and lived there the remainder of his life. He married Judy on August 12, 1967 and spent 54 wonderful years together. He always said it was the best decision he ever made. Together they raised two sons, Fred and Brad, who he quickly began passing all his knowledge on to. He earned two associate degrees in science and engineering and another in arts at Montana Tech. He spent 30 years working at Metro Sewer Treatment Plant in the lab and later on in management. After retirement, mom and dad enjoyed every day they spent together. They were never seen anywhere without each other. They especially enjoyed the two trips they took to Alaska together. Fred’s love and mastery of carpentry will be loved and cherished forever by his family who he enjoyed making a memory for. He loved golf and will always be remembered for his hole in one in St. Regis, which his son still doesn’t believe he got, although, he was the only one to witness his. One of his greatest enjoyments in life was spending time chasing his kids and grandkids around supporting them at their sporting events. He passed his knowledge and love of hunting to his kids and grandkids. No one could ever keep up with his long strides and he always laughed when they tried. His passion for the outdoors extended to the special 4-wheeler rides he took with his entire family, and the countless stories that we will all cherish forever. Everyone will continue to benefit from his deep love for his family and knowledge he passed on for many years. Even those who had the smallest interaction could tell how special he was, and his many special friends he made over the years who meant the world to him would agree. His pride and joy will always be his wife of 54 years, his kids and grandkids and the family home he built at Fairmont. We will always love and miss you honey, dad, and papa. Per Fred’s request no services are planned but a private friends and family gathering will be held at a later date. In lieu of flowers donations can be made to ST. Mark’s Lutheran church or donor’s choice.
Survived by: Judy- wife of 54 years, Fred Jr (Anna), Brad (Angela). Grandkids- McKenna Wendt, Kevin (Melanie) Wendt, Haedyn and Kaleb Wendt. Great Grandson- Dean Wendt. Siblings- Gerrie (Terry) Erskine, John (Denise) Canalia, and numerous nieces and nephews.
Deceased: David Wendt, Sally Holland, Chris Canalia, Karen Schultz, Don Canalia, Mother and father-in-law Montana and John Williams, and Hulda and Christie Canalia.
Please visit below to share a memory of Fred. Axelson Funeral and Cremation Services has been privileged to care for Fred and his family.