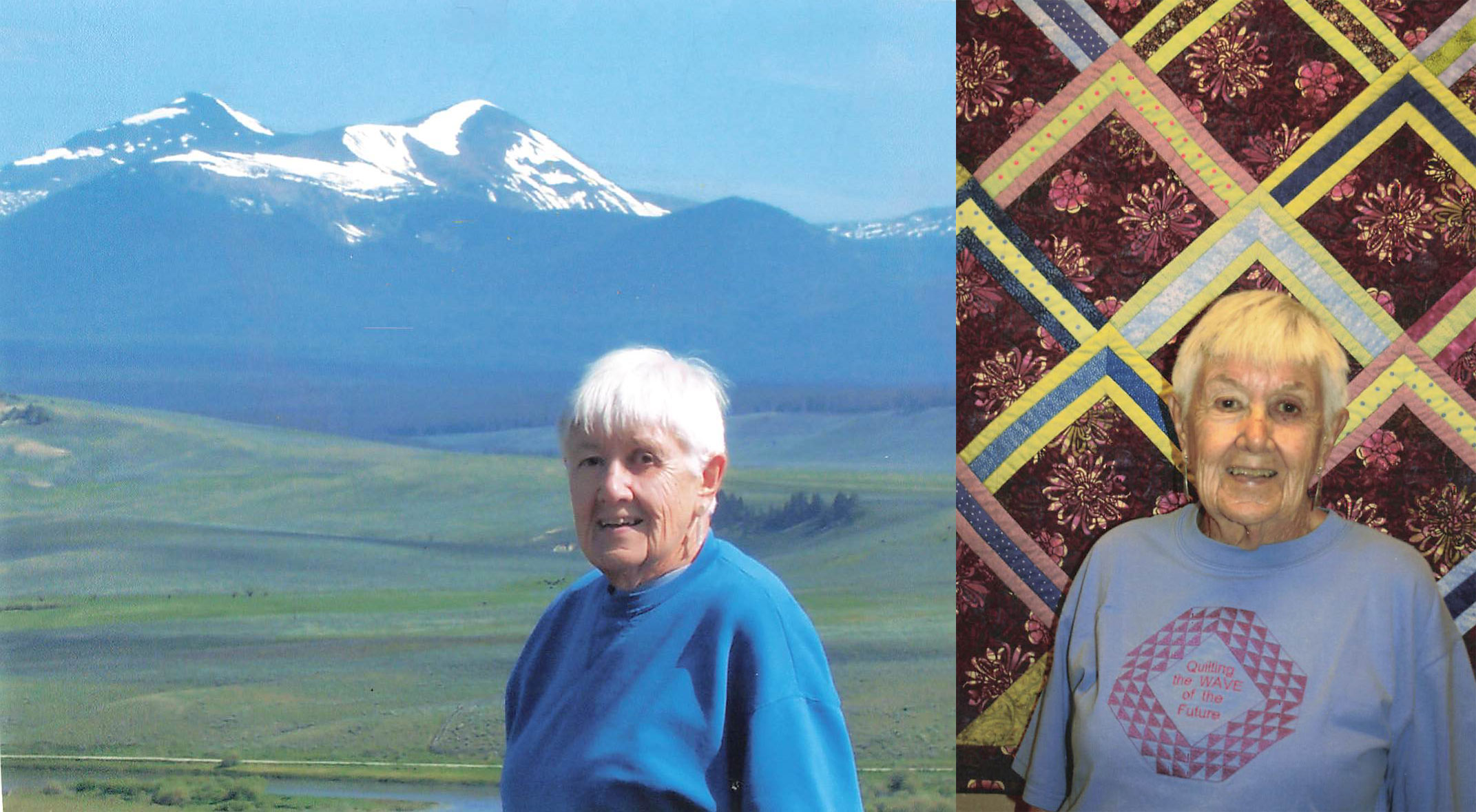 Dorothy Christiansen Dannis was born on November 7, 1924 in Anaconda Montana to Matt and Elvina Christiansen. She had three older brothers, Lawrence, Wallace and Roland Christiansen. She spent her early years in the Big Hole valley and then went to Anaconda High School. Dorothy’s mother did not want her to go to college as “nice girls didn’t go to college”, but was encouraged to go by her father. She then attended Montana State College for three years, earning a bachelor’s degree in medical technology. She did an internship at California Medical College in 1946. Dorothy then accepted a position in Great Falls where she worked in several different positions for several years. Dorothy then moved to Yakima Washington for three years and then returned to Great Falls. In 1963, Dorothy decided to return to Montana State for her master’s degree. In 1965 she was accepted at Baylor University in Houston to work on her PhD in clinical microbiology which she completed in 1967. Dorothy was very proud of her educational accomplishments and was certainly ahead of her time.
In 1971 Dorothy accepted a position at St. Joseph’s Hospital in Scottsdale Arizona in the laboratory and worked there until she retired in 1986. She moved to Sonoita Arizona where she lived with her longtime friend Judd Marston until 2012. Dorothy chose this location because it reminded her of the Big Hole Valley. When Judd passed away in 2011, Dorothy decided it was time to come home to Montana. She decided to move to the Springs in Butte and lived there independently until April of 2021 when changing health conditions necessitated her move to the assisted living section at the Springs. After a brief hospitalization Dorothy passed away on September 9, 2021 at the age of 96 years.
After retirement, Dorothy became very involved in volunteer activities. She became a “master quilter” and started a group, called the Crossroad Quilters, in Sonoita where she taught many ladies the skill of quilting. She herself made over 50 quilts and proudly gave them to each of her many nieces, nephews and grand nieces and nephews.
Dorothy also became very involved in a building project for the Fire and Rescue Service for Eastern Santa Cruz County. She later became a dispatcher for the Fire Service and taught basic microbiology and infection control to the fire fighters. Dorothy discovered that she really liked teaching and ended up doing some teaching in whatever hobby that she chose.
Dorothy viewed herself as an only child, even though she had brothers and felt that she was a “loner’, even though she had many friends and relatives. In her biography called the “First 90 years of My Life” she noted that she had a good life, few regrets, and that at 95 she was in reasonably good health and had many friends in many places and great memories.
She is survived by 7 nieces and nephews, Larry, Ted, Paul and Judy Christiansen, Sharon Talbot, Craig Christiansen and Jana Warner and numerous grandnieces and nephews. Dorothy included the following poem by Alfred Tennyson in her biography to describe her feelings about passing away!
Crossing the Bar
Sunset and evening star, And one clear call for me!
And may there be no moaning of the bar, When I put out to sea.

But such a tide as moving seems asleep, Too full for sound and foam,
When that which drew from out the boundless deep, Turns home again.
Twilight and evening bell, And after the dark!
And may there be no sadness of farewell, When I embark!

For tho” from out our bourne of Time and Place The flood may bear me far,
I hope to see my Pilot face to face, When I have crossed the bar.

There will be no services at Dorothy’s request and the ashes will be scattered at the ranch.

Memorials may be directed to the Montana State University Alumni Foundation or to the donor’s choice.

Please visit below to offer a condolence or share a memory of Dorcothy.

Axelson Funeral and Cremation Services has been privileged to care for Dorothy and her family.