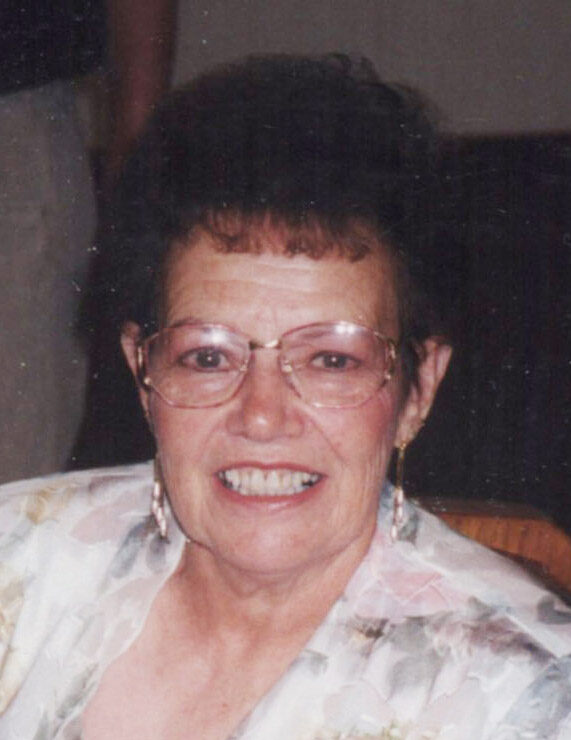 Doris L. (Mentzer) Hildebrand, 90, or Deer Lodge passed away on January 18, 2022. Doris, affectionally known as Grandma Dee to the Deer Lodge community was born May 26, 1931 in Ansley, Nebraska to Claude L. and Dorothy Nell (Marsh) Mentzer. Doris was the oldest of seven children and always was a caregiver to her younger siblings. The family moved to Arlee, Montana where Doris graduated from high school in 1949. Her family later bought a ranch in Hall.
Doris was married to Robert B. Hildebrand in July 1949. They lived in Medford, Oregon for a short while before returning the Missoula where their first two daughters were born. They moved to Butte in 1954 where their third daughter was born. Bob worked in the mines in Butte until 1958 when they moved to Drummond where Bob operated the Phillips 66 gas station. A son and a fourth daughter were born while living in Drummond. Doris and Bob divorced in 1966 and Doris went to work in local restaurants and raised her children as a single mom. Anyone who knew Doris can attest to what an incredibly hard worker she was, often working the night shift so she could get the kids off to school in the morning.
In 1975, after the birth of her first grandchild, Doris moved to Deer Lodge where she briefly worked in local restaurants before becoming a dietary cook at Powell County Memorial Hospital. She retired from the hospital at the age of 65 and started another career as a daycare provider. Grandma Dee’s Daycare was Doris’s pride and joy. She took great pleasure when some of the children she cared for came back to visit as teenagers and even young adults.
Doris enjoyed crafting, painting ceramics and was an accomplished seamstress. She especially enjoyed collecting Marie Osmond dolls.
Doris was proceeded in death by her parents Claude and Dorothy Mentzer, her sisters, Darlene (Art) Henderson of Lolo and Karol Parker of Missoula; her sister-in-law, Donna Mentzer of Missoula; her brothers Garry (Debbie) of Hall and Leland of Missoula. She is also preceded by her sons-in-law Will Spaulding and Mannie Moore and great grandchildren Wyatt Havens and Victoria and Brynleigh Smith.
Survivors include daughters Jean Moore of Stevensville, MT; Linda Spaulding of Deer Lodge, MT; Debbie (Frank Gilson) of Kittitas, Washington, Judy Dowty of Lolo, Montana and her son Dean (Shaunda) Hildebrand of Boulder, MT. Doris also is survived by her former son-in-law Roger Greg Dowty of Minden Nevada. A brother, Calvin Mentzer (Harriet) of Drummond and sisters Wunona Clawson of Canada and Sherri Morse of Lolo, MT also survive. Surviving grandchildren include Kristy (Todd) Boese of Helena, Darcy Spaulding of Bozeman, Dawn (Matt) Smith of Shertz, TX, Casey Gilson of Hobbs, New Mexico; Carey (Justin) Jaffe of Spokane,, WA; Chelse (Kyle Mullen) Alconbury AFB, England, Chance and Lexie Hildebrand of Boulder,MT; Ryan Dowty of Big Bear, CA; Jared Dowty of Missoula, MT, Morgan Dowty of Las Vegas, NV; Bobbi (Matt) Hettick of Missoula, Scott Moore of of Myrtle Beach, SD and Dee Dee Moore of Swannonoa, ND. Twenty seven great grandchildren survive. Their photos adorned the walls of Doris’s home. Doris is also survived by a special friend Elsie (Larry) Wilson of Deer Lodge.
At Doris’s request there will be no formal services. She will be interned next to her parents at Valley Cemetery in Drummond, MT at a later date.

Please visit below to offer a condolence or share a memory of Doris.

Axelson Funeral and Cremation Services has been privileged to care for Doris and her family.