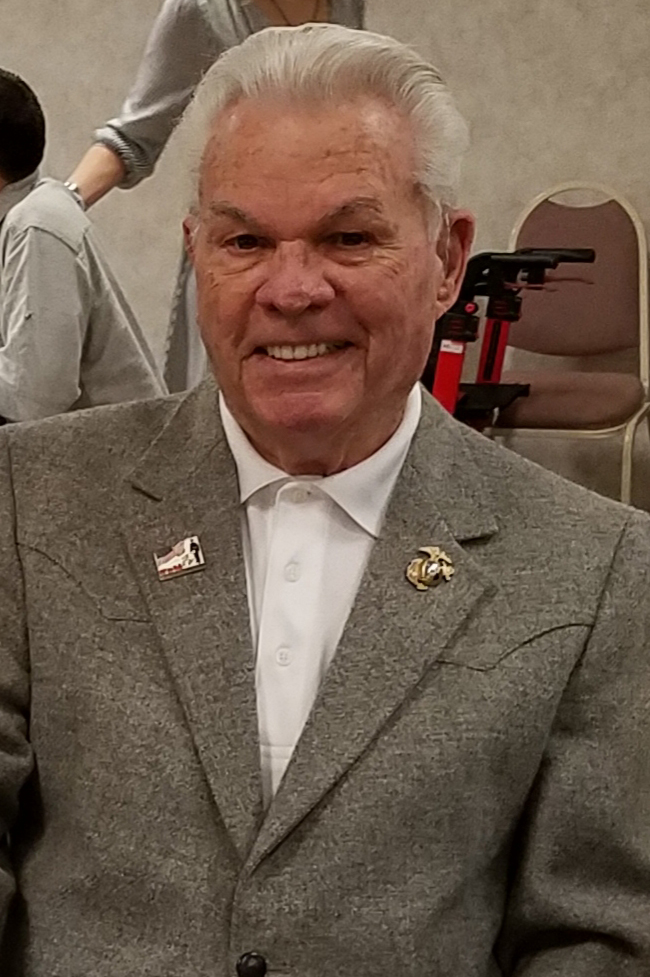 On August 5th, 2020, David Lee Farris passed from this life, into his next life.

David was born on April 2, 1937, to William and Joyce Farris, in Los Angeles, CA, in time followed by a sister, Billie Colleen, and two brothers, Dennis Patrick, and Daniel Kevin.

He led a normal life until 1946, when his father began chasing rainbows, and left him with his grandmother for a year.

He was then boarded out at St. Labres Mission in Eastern MT, for four years. He ran away from the mission, and returned to his parents, in Ennis.

David left home at the age of 16 and became an apprentice lineman. Due to cold weather and having no money, he joined the Marine Corp. He spent 26 months overseas and was honorably discharged. Four years later, he returned to his apprenticeship, and became a lineman. He continued in this field until his retirement.

Upon returning to the “States,” he met his beautiful wife, Myrna Parsons. Together, they raised five children, Randy, Vicky, Laura, Michelle, and William. (Mom doing the “raising” and dad the “enforcer.”) Dave believed something worked, as he was very proud of how successful they are.

Upon his retirement, he began spending time with the Marine Corp League. He volunteered for the Marine Corp Honor Guard, and spent much time fundraising for “Toys for Tots.” He formed many meaningful friendships, as a result, whom he truly cherished.

He is survived by Randy and Storri Farris; Vicky and Jim Bjornemo; Laura Delekta; Bill and Carol Farris; and numerous grandchildren and great-grandchildren.

In lieu of flowers, donations can be made to “Toys for Tots” or donor’s choice.

A graveside service with military honors will be held at 11 A.M. on Saturday, August 15, 2020, at Mountain View Cemetery on Harrison Avenue in Butte.

Please visit below to offer a condolence or share a memory of David. Axelson Funeral and Cremation Services has been privileged to care for David and his family.