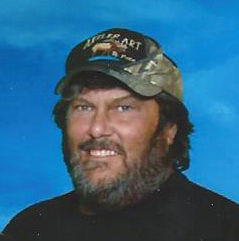 Daniel Joseph Peterson, 54, passed away on October 16th, 2021, surrounded by family. Dan was born to Bill and Georgia Peterson on May 21, 1967 in Butte. He attended school at Emerson Elementary, South Central and graduated from Butte Central High School in 1986. Dan’s desire to become a mechanic came at an early age when he would move old engines and transmissions in a wheelbarrow from behind his Dad’s shop and take them apart and put them back together. Dan worked in the automotive industry in Butte beginning when he was in high school and worked his way from a lot boy to a mechanic for over 30 years. Dan was one of the hardest working people you will ever meet and was always ready to lend a hand when someone needed help.

In 1987 Dan married Laurie Gordon and Dan cherished the time they had together. They later divorced but from that union Dan was blessed with two wonderful children, Heather and Cody. Dan loved his children and was the proudest Dad around. He loved being in his garage where Heather would join him when she was little just to hang out with her Dad. Dan got “drafted” as a Boy Scout leader where he got to teach his son lifelong skills. Dan was very proud of how both Heather and Cody grew into the young adults they became.

Dan was blessed to have two beautiful granddaughters, Danika and Elaina, who were the apple of his eye. He loved spending time with those “funny little girls”. He was the best Papa ever.

Dan enjoyed hunting, camping, working in his garage, his dogs, and leaning on his truck watching the NASCAR races on Sundays. Dan got to drive the NASCAR race cars in Vegas and Daytona several times and excelled at it. Dan loved going to Rockin’ the Rivers every year since 1999 and will be greatly missed by his RTR family. Dan loved wearing his funny t-shirts and had a great sense of humor. We are all lucky in that we will still benefit from Dan’s sense of humor as he passed it on to both Heather and Cody.

Dan is preceded in death by his grandparents, Lill and Russ Peterson, James and Lorene Lowney, his aunts and uncle Donna Rigney, June Lowney, and Luella and Ed Rogers, and his oldest sister Judi, who were all waiting to greet Dan.

A special thank you to Gina and Mark, Paula and John, Shavon, and Mike Schumacher for their support and friendship with Dan during the past year.

A celebration of life will be held on October 23rd, 2021 at the Carpenters Union Hall, 156 West Granite, Butte, MT at 2:00 p.m. In lieu of flowers please consider making a donation to the Girl Scouts.

In honor of Dan, please wear your favorite funny (or even inappropriate) t-shirt to the celebration.

Dan was a son, brother, father, grandfather, and friend to many and will be greatly missed by all.

Please visit below to offer a condolence or share a memory of Daniel.

Axelson Funeral and Cremation Services has been privileged to care for Daniel and his family.