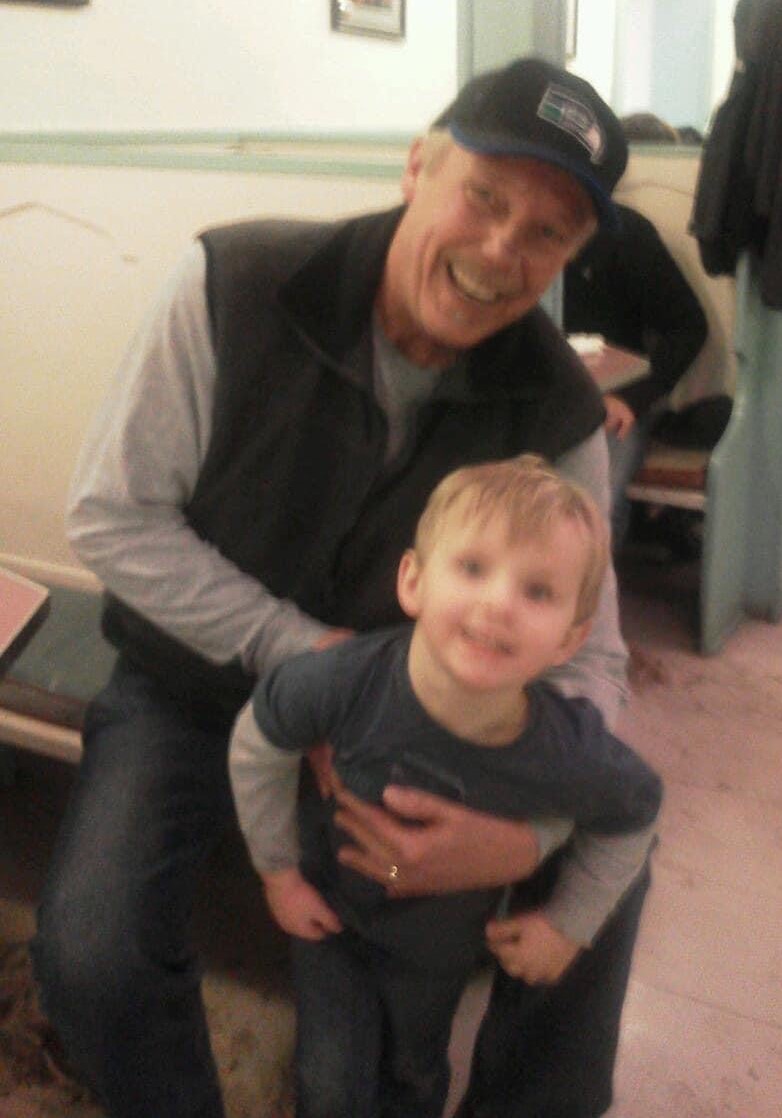 Charles Ralph Nylund, Jr left us on December 27, surrounded by his three favorite people in the world. Chuck was born on July 7, 1949, to Ralph and Georgia Nylund (Oren). He grew up a proud Butte guy staying close with childhood friends, texting one shortly before his passing. Like most of his conversations, it revolved around his best friend, his grandson Jack.

Chuck enlisted in the US Navy in 1967, becoming a Corpsman with a Marine Corps MOS. He saw the world proudly serving in multiple theaters aboard the USS Cavalier, USS John F. Kennedy, and at Bethesda Naval Hospital. Upon his discharge, he met Kristine Kelly and began his relentless pursuit. Her skeptical father was won over by the long-haired sailor turned student and laborer, and the two married on July 27, 1972. Together, they raised their son Erik and built a loving family that grew not just by birth, but by love. Over the next 50 years, they welcomed children into their family as grandchildren. In 2008, they met their first grandbaby, Jack who is the pride of their lives. Chuck spent his career with the Postal Service, eventually retiring as a maintenance manager. He kept busy working part-time at the Port of Montana and later driving for Big Sky Senior Living, where he loved interacting with staff and residents a couple days each week. He was a consummate union activist throughout his career and in retirement, committed to fairness and justice, which translated to all aspects of his life. Chuck was politically active supporting candidates who support working families and those who consider future generations. In his world, actions speak louder than words and boy did he pay close attention.

Chuck was active in coaching every sport from Erik’s fist days in t-ball to helping coach Jack in 2021, shaping hundreds of kids’ lives. Family kids were introduced to things like camping, golf, skiing, fishing, rafting, and making sure they had a few basic handyman skills, including the art of well-timed profanity which he held as critical to a task as the proper tool. He respected and empowered kids always working to make their world a better place, while insisting no person was inherently better than another. Chuck was a daily source of wisdom and philosophy, guiding decisions on everything from parenting to morality. Most topics were open for discussion, but a few like crossing a picket line and disrespecting the flag he served under were not negotiable. Chuck was clear he would defend the right to do both, but he would give those of us in his circle “the look” that let us know he wouldn’t appreciate us engaging in those things.

His personal brand of patriotism was based on actions to improve the world and he had little patience for those who self-identify as such without regard for others. Chuck believed our obligations are rooted in “We” and always put the needs of others first. Regarding our current state of pandemic, Chuck was outspoken about putting others at risk and had choice words for those unwilling to do their part for the greater good. He saw firsthand the emotional and physical impacts on the people he worked with and encouraged more consideration from society. Sadly, his last hours were defined by a lack of capacity in regional hospitals.

A remembrance may be held at a future date to ensure the safety of those we love. The family thanks the staff at St. James for their efforts in the face of circumstances beyond their control. In lieu of flowers, please consider a donation to the Butte Food Bank and pause to reflect on the impacts of our decisions on others.

Please visit below to offer the family a condolence or to share a memory of Charles.

Axelson Funeral and Cremation Services has been privileged to care for Charles and his family.