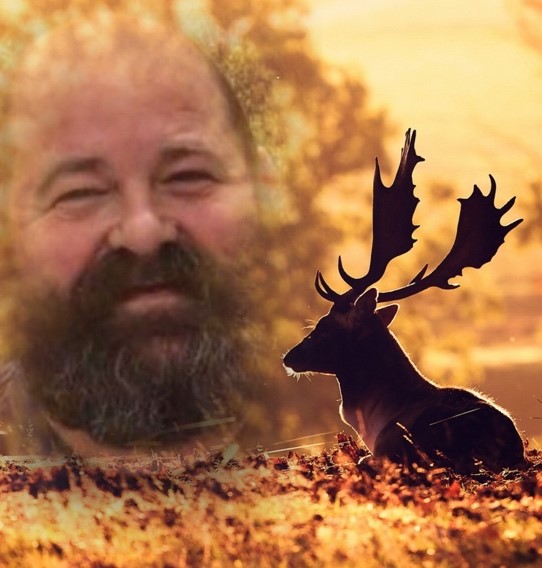 Chuck was born in Libby, Montana on August 11, 1969 to Robert L. Wood and Linda “Colleen” Roberts. He left this world too soon, at the young age of 50 on May 25, 2020 after succumbing to surgical compilations from a fractured femur he sustained while camping with his family in their favorite camp spot in the willows.

Chuck’s life was just as adventurous in his childhood as it was in his adult life. He always stated how grateful he was that his family went camping from Memorial Day to Labor Day every year at Miner’s Lake outside of Jackson. It is there he learned to ride motorcycles and found a great passion for being in the great outdoors.

Chuck chased his favorite redhead, Danyella Rose Vukman for years, until he wore her down and they married on March 2, 1997 in Dillon.  In June of 1998, they had their first child, Tyrel James Wood, who was his pride and joy. He had dreamed of having a son and in fact, had his name picked out long before he even met Danyella. He spent the next 21 years guiding Tyrel and teaching him how to hunt, fish and cuss while working on automobiles.  He was so proud of who Tyrel became and envied him for the career he built for himself at such an early age in the Mining & Drilling Industry. One of his most cherished moments was taking Tyrel to Levi Stadium to see a San Francisco 49ers game.

Two years later, in November of 2000, came “daddy’s little girl” Riley Denise Wood. He called her “my Smiley Riley” from early on. That blonde hair, blue eyed girl had him wrapped around her finger from the moment he laid eyes on her. He was so proud the day he moved her in to the dorms at the University of Montana. She would become the newest Griz in the family. At the last Griz game he attended, Chuck was able to shout her name so loud from the tailgate party, she could hear him in the concession stand she was working.

Speaking of Griz, Chuck attended the University of Montana from 2008-2009 and received a degree in Building Maintenance. Prior to this, his career was mostly in the food and beverage industry where his biggest accomplishment was working as a Chef at Teton Pines Country Club in Jackson Hole, Wyoming.  It was here he cooked for people such as former Secretary-General of the United Nations Kofi Annan and former Vice President Dick Cheney as the Secret Service watched closely. Other career achievements include his favorite job at Western Meat Block, and he was made welcome by folks at the Dillon Dairy Queen who allowed him to have a better purpose and still work with his disabilities.

After the children were grown, Chuck’s favorite thing to do was to crack open a cold Miller Highlife and “work on the truck” with his best friend, Brian Barker.

Chuck is survived by his mother Colleen, his charming and beautiful wife Danyella (yes, who do you think wrote this), his children Tyrel and Riley, his older brother Larry (Bev) and brother-in-law and fellow 49ers fan, Dan Svalstad (Bekka). Other survivors include his four- legged family, Stanley, Rex, Abbott and Joey.

He was preceded in death by his father, Robert Wood.

There will be no services at this time, but  we will respect his wishes and make one hell of a tribute to him. This will include a three- part shindig which will be announced at a later date.

In lieu of flowers, please fill up the truck with a tank of gas and head to your favorite outdoor spot in honor of Chuck.

Please visit below offer the family a condolence or to share a memory of Chuck.

Axelson Funeral and Cremation Services has been privileged to care for Chuck and his family.