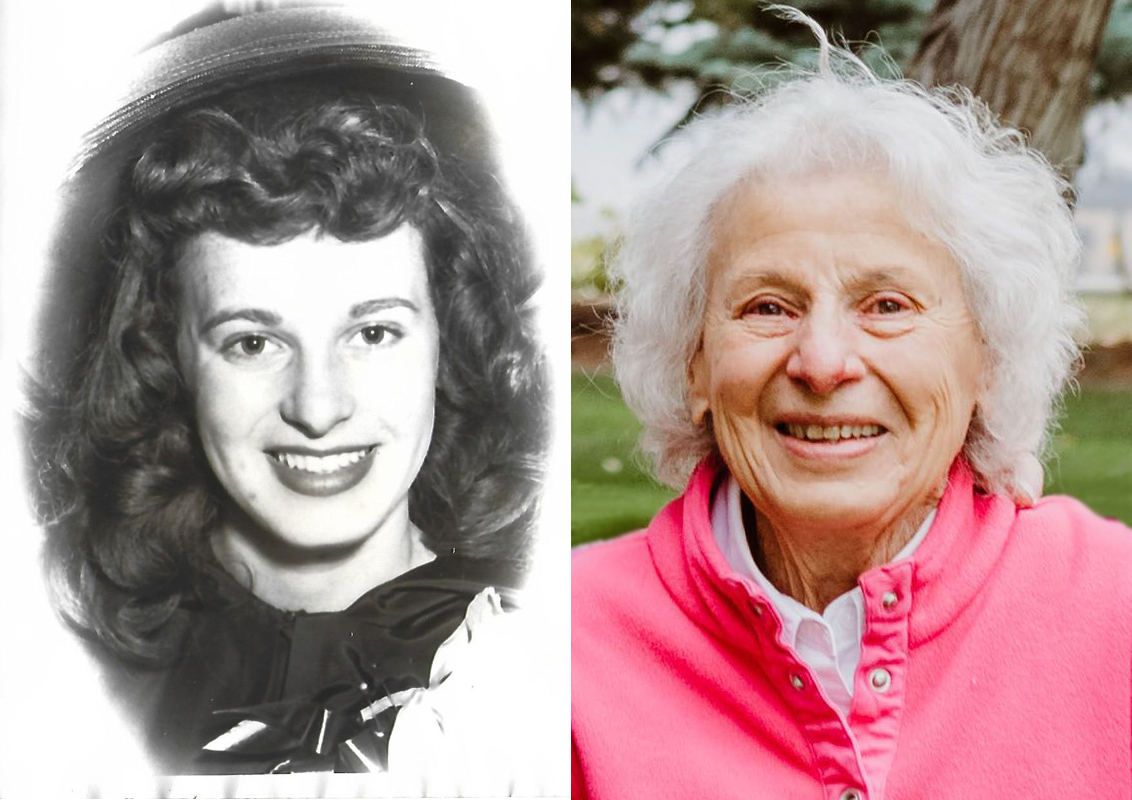 Catherine Ann Schwend, age 89, passed away on February 12. Her rich life ended in her Sheridan, Montana home after a courageous battle against cancer. In her final weeks she was surrounded by many family members and friends. She was a strong personality with a kind heart and a conspiratorial smile, and was dearly loved by those who knew her.

Catherine was born in East Helena, Montana in the midst of the Great Depression. Even in her final days she accurately recounted hardships and friendships formed during this difficult time in American history. In 1933 at the age of two she became an orphan when her parents were killed in an accident. She was raised by her grandmother and grandfather, who had immigrated to East Helena from Austria. Her Grandmother, Caroline Petek, was a frequent topic of her conversation and she looked upon her grandparents with great adoration.

Catherine graduated from Helena High in 1949. Soon after her graduation she met her future husband Harold (Hal) Schwend. The couple married and moved to Missoula where they raised their three children. Weekends as a family were spent fishing on Rock Creek or adventuring in Montana’s great outdoors and these remained some of Catherine’s cherished memories.

She was preceded in death by Hal who passed in 1987. Catherine, who had been a homemaker and mother for most of her life, found herself a widow. Never one to shy away from an adventure, she shifted gears, pulled up her boots, and went to work at the Missoula County Courthouse as a court assistant to Missoula County Judge Douglas Harkin. She remained in that position until her retirement 16 years later.

After retirement Catherine moved to Sheridan to be near her sons. She was the matriarch to many people that passed through her life. She was always grateful for those who called her Momma Schwend.

Catherine loved her flower gardens and grew beautiful peonies at each location she lived. She nurtured peonies and poppies that had been her grandmother’s and transplanted those peonies everywhere she lived. They are the same beautiful flowers that graced her final home in Sheridan.

The family would like to express thanks to all of those that called upon her and assisted her in her final months. Especially Brad’s wife Janet Marsh, Kristine Philpot, SuAn Chow, Jane Waldie, Saris Marsh, and Shan Hoover. An intimate family service was held and memorials can be sent to P.O. Box 111, Sheridan, MT 59749, or to inmemoryofCASchwend@gmail.com.

Please visit below to offer a condolence or share a memory of Catherine.

Axelson Funeral and Cremation Services has been privileged to care for Catherine and her family.