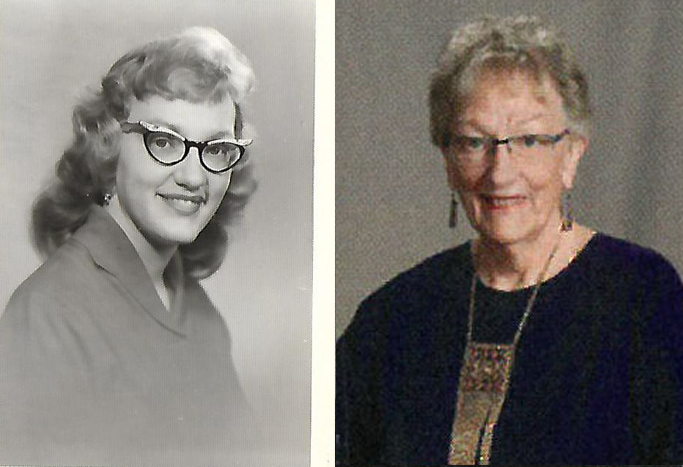 Carol Jean Orr passed away in Butte on Saturday afternoon, April 16, 2022, due to injuries sustained in an accident at her home. She had been fighting a long, painful battle with cancer, and she slipped away peacefully at her cottage with family by her side.

Carol was born on December 26, 1942, in Billings, MT to William Whithorn and Doris (Swenson) Whithorn. Because her birthday was the day after Christmas, she often said she was “a Christmas Carol one day late.” Carol often felt shorted on recognition of her birthday, so her parents allowed her to choose another day in spring or summer to celebrate. She was the 2nd of four Whithorn children with Bruce as the eldest sibling, followed by Alta and Duane.

In 1948, the family purchased the The Wan-i-gan business, which included cabins, gas station, and a dining counter in the Pray, MT, near the northern entrance of Yellowstone National Park. Carol grew up next to the Yellowstone River serving tourists, pumping gas and cleaning cabins for the family business. Carol attended school at the country one-room schoolhouse in Pray, MT. She graduated from Park High School in Livingston in 1960 and then earned her bachelor’s degree in Elementary Education from Eastern Montana College in Billings. She taught in Billings while earning her Master’s Degree in Education.

Between 1966-1969, Carol taught with the U.S Dept. of Defense as a civilian in Okinawa, Japan, for a year and then taught at Rhein Mein Air Force Base in Germany for two years. She traveled around Asia, Europe, the Soviet Union and Northern Africa as much as possible during those years. She then brought the historical sites she visited to life for students with her photos and her extensive postcard collection.

Carol returned to Montana to teach after her years with the military. She met husband James Orr in Butte, MT in 1971. She fell in love with both James and the colorful labor and mining history of Butte and made Butte her lifelong home. James and Carol were married on June 28, 1972.

In the early 1990’s, Carol traveled in Europe and Israel extensively to study the Holocaust with Holocaust survivors. She presented a slide show of her travels to sites of the Holocaust to her students and other gatherings in hopes that the atrocities of the Holocaust never be repeated. Carol’s travels included 39 countries in the Far East, Middle East, and Iron Curtain. Later in life she taught English in Baotou, China and Harbin, China. In 2006 she went with cousins to Sweden to visit cousins there who lived on the farm where her ancestors lived. She also toured Australia, Ireland, and the United Kingdom.

In retirement, Carol and James enjoyed collecting Butte memorabilia and photo postcards together. They also traveled in the US to gather family history and genealogy records.

After the passing of husband James in 2003, Carol continued to enjoy participation in church activities at Aldersgate United Methodist Church and with her 4th Day Group. She enjoyed baking her favorite cookies for fundraising efforts for several organizations including the Daughters of Norway. Carol also greatly enjoyed attending the musical and theater performances at The Mother Lode Theater and the Washoe Theater with friends. She was an active member of many other civic and teachers groups including Red Hats, Cornish Cousins, Homer Group, American Association of University Women, Alpha Delta Kappa Teacher Sorority, Butte Retired Teachers, her widow’s dinner group,and the Lunch Bunch of retired Whittier teachers.

Carol was preceded in death by her parents, her husband James, and her two brothers Bruce and Duane. She is survived by her sister Alta LeDoux; sisters-in-law, Karen Whithorn and Diana Whithorn; daughters Susan Turney, Melanie (Knute) Peterson, and Lindsay Young, Melanie’s children Elizabeth and Xavior, Susan’s children Charles and Kathryn, and numerous nieces, nephews, cousins, and many dear friends.

Carol loved regularly donating to the Butte Food Bank, Butte Rescue Mission and Butte Safe Space women’s shelter, Aldersgate United Methodist Church. In lieu of flowers, the family requests that donations be made to those organizations or to a charity of the donor’s choice.

Please visit below to offer the family a condolence or share a memory of Carol.

Axelson Funeral and Cremation Services has been privileged to care for Carol and her family.