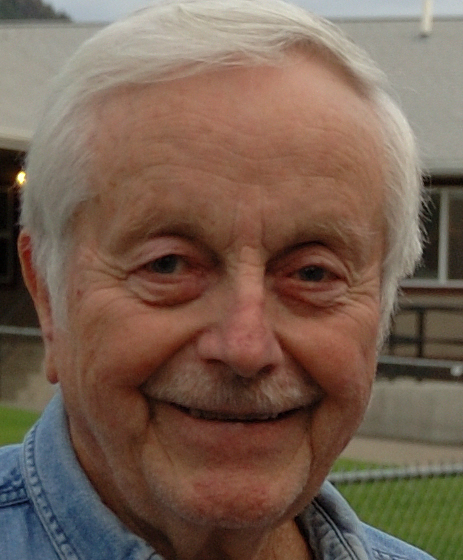 Carl grew up on Grand Avenue and attended St. John’s Catholic school, with one year also at St. Ann’s. He graduated in 1947 from Butte High School. During grade school and high school years he spent every summer at his Aunt and Uncle’s cattle ranch in Helmville, Montana. His mother and father had great difficulty in getting him to return to Butte for school!

Carl served in the U.S. Army during the Korean War stationed stateside in Delaware, New Jersey, Pennsylvania. He was sent to Oklahoma to communications school and graduated as a Communications Engr. After discharge, Carl worked for the Western Iron Works for many years then worked in construction for Boilermakers Union Local 11, Helena. Carl also owned a small appliance and outdoor equipment repair business. Carl was a charter member of the Butte 15-90 Search & Rescue and helped establish a local ATV trail riding group. He loved photography, woodworking, taking his family hunting and fishing. Over the years he owned many ATV’s and his last was a side-by-side UTV which he really enjoyed riding with Doris, son Ken, and friend Earl. He was a designer and inventor and built a house for his family in Butte in which he passed away. He loved to tease people, tell funny stories and enjoyed the reaction. He will be missed by all that knew and loved him.

He was preceded in death by his parents, Mary (Bonnie) Eurick and Carl (Pat) Eurick Sr. and in-laws, Erma Gillen-Ambill and Charles (Chick) Ambill.

Private graveside services were held at the family plot in St. Patrick’s Cemetery in Butte, Montana.

Please visit below to offer a condolence or share a memory of Carl. Axelson Funeral and Cremation has been privileged to care for Carl and his family.