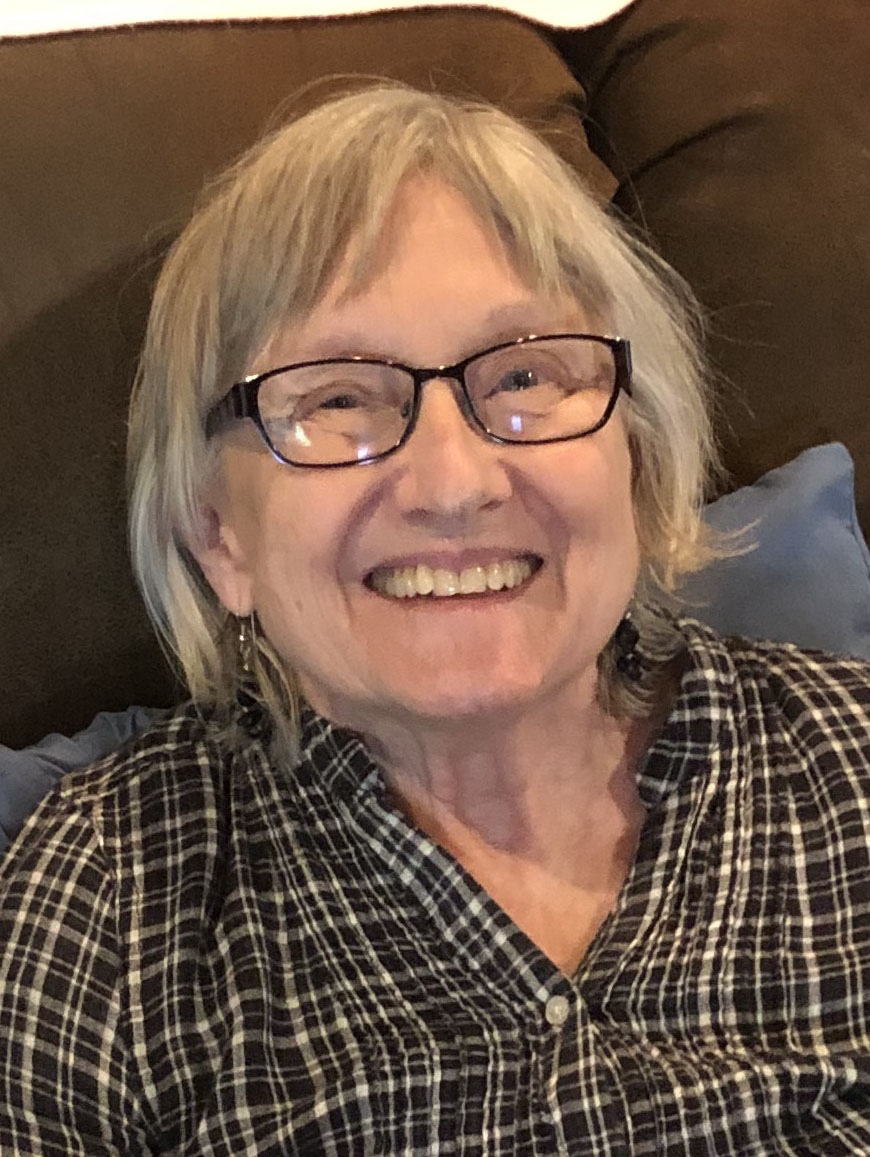 Beverly Jean Sloan, 79, peacefully passed away at home in Butte, Montana, on December 16, 2021, after living with Alzheimer’s for the past seven years.  Beverly was born in San Diego, California, on November 17, 1942, to Earl and Ruth Pankratz.  She was the first of five children and loved her brothers and sisters with all her heart.  She was raised in Marion, Kansas, and graduated from Marion High School in 1960.  Beverly received her bachelor’s degree in Spanish from Emporia State University in Emporia, Kansas, in 1964.  She met her future husband, Bruce, through her younger sister, Judy, and they were married on August 8, 1964, in Marion, Kansas.  At the time of her death, Beverly and Bruce had celebrated their 57th wedding anniversary.  Beverly continued her education at Emporia State and received a master’s degree in Library Science in 1966.

She and Bruce moved to Topeka, Kansas, where Beverly was the librarian at Jay Schidler Junior High School.  They became foster parents to three boys during this time due to Beverly’s active involvement with the boys at school.  They were blessed with their first child, Brenda, who was born in 1967.

Beverly and Bruce then moved to Stillwater, Oklahoma, in 1968, so Bruce could continue his graduate studies.  They were blessed with their second child, Brian, who was born in 1969.  While in Stillwater, Beverly served as the librarian for the Oklahoma Vocational Department.  She and Bruce were also foster parents to a young girl.

In 1974, the family moved to Omaha, Nebraska.  Beverly was recruited and hired to start the library for the Vocational Technical High School at Father Flanagan’s Boys Town.  Beverly was dedicated to her family and was actively involved in her children’s activities.  She encouraged and supported them in everything they did.  She was also very active in her church serving as an elder and deacon at West Hills Presbyterian.  She also volunteered with a program that regularly delivered food and clothes to homeless individuals in downtown Omaha.

In 1988, she and Bruce moved to Indianola, Iowa, where Bruce taught mathematics at Simpson College.  During their time in Indianola, Beverly was the librarian at Morman Trail High School, Winterset High School, and Indianola Middle School.  She was actively involved in a local program serving the homeless population including serving as the Chairperson for the Board of Directors.  She prepared and served meals for the Catholic Worker House in Des Moines, Iowa, and she was active with the United Church of Christ.

In 2005, Beverly retired, and she and Bruce moved to Butte, Montana, to be near their daughter, Brenda, and her family.  Beverly loved her two grandchildren with all her heart.  She moved to Butte so she could care for them after school and during the summers.  Together, they went on many adventures from the backyard to Disneyland!  She was always a very cool grandma!

Beverly believed strongly in giving back and supporting her community.  She volunteered through the Retired and Senior Volunteer Program (RSVP), Butte Rescue Mission, Butte 4-C’s, Butte Literacy Program, Safe Space, We Deliver, and the United Church of Christ.

Beverly was diagnosed with Alzheimer’s in 2014.  She and Bruce moved to a cottage at the Springs to make daily activities a little easier.  She loved the sunshine, her kitty, telling stories, and singing.  It was a privilege for her husband and daughter to provide her care during this time and until the time of her passing.  Beverly had a big heart, loved her family, and always saw the good in people.  We will miss her deeply.

Beverly was preceded in death by her mother and father.  She is survived by her husband, Bruce; daughter, Brenda Hergott (Greg); son, Brian Sloan (Molly); grandchildren, Hannah Hergott (Cam) and Jacob Hergott (Caroline); sisters, Judy Carpenter (Ron) and Karen Pankratz; brothers, Dennis Pankratz (Mary Ellen) and Charles Pankratz (Nancy).  The family would like to thank Encompass Hospice for their care of Beverly during her final days.  They were compassionate, respectful, and above all they made Beverly comfortable.   A celebration of life is being planned for the spring of 2022.

Please visit below to offer the family a condolence or share a memory of Beverly.

Axelson Funeral and Cremation Services has been privileged to care for Beverly and her family.