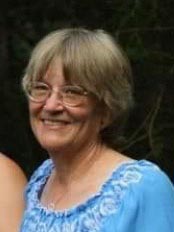 Barbara K. Morgan Elliott, February 21, 1949 – July 29, 2020. After a short toddler time at Bozeman while her father completed civil engineering studies, Barb grew up in Havre, Montana and graduated from Havre High School in 1967. As a young adult, she worked at Montana Developmental Center (MDC)in Boulder, which would later become her long career as an RN. She also met her dearest friends, Sandy Sletton and Marilyn McHugh as a young adult.

She continued her education at Eastern Montana College (now MSU-Billings) and the University of Montana. It was after the third daughter was born that she got back to college, earning an Associate Registered Nursing degree from Miles Community College. Barb was driven by a need to help people on the margins of life, especially those with developmental disabilities. Nursing at MDC became her long career. Helping people with difficult lives was her wider vocation: nursing at Pine Hills School, in Miles City’s Home Health program, Warm Springs State Hospital.

A memorial with scattering of ashes will be held at a later date.

Preceding her in death were here sister Kathy; parents, Leigh and Arlene Hanson Morgan; and her life-long friend Marilyn McHugh.

Please visit below to offer a condolence or share a memory of Barbara. Axelson Funeral and Cremation Services has been privileged to care for Barbara and her family.