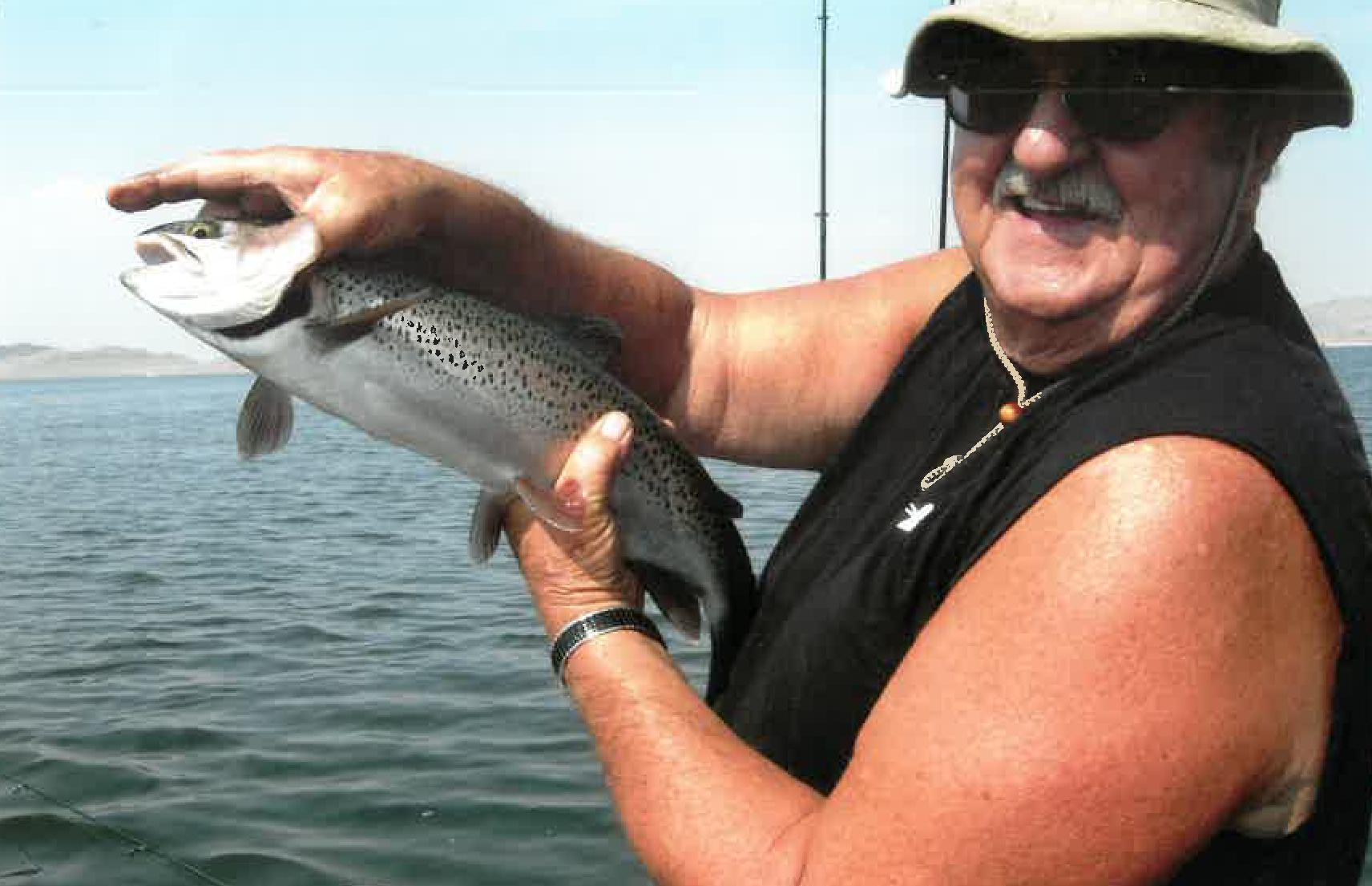 It is with great sadness that we say goodbye for a while,
to a wonderful husband, father grandfather great grandfather and dear friend.
Richard passed away 10/17/21 to pursue the much bigger and better hunting and fishing grounds. As per Dad’s request this is going to be brief. ……
For years, the riverbank was where Your soul felt most at peace
Your heart was most content when there With the fish and the turtles
But then, your spirit came to rest Where angels chose to roam
And once equipped with ten-pound test You made yourself at home.

The sky became your deep blue sea The clouds became your shore
And there, for all eternity You sat with friends galore Each angel was a fisherman Who had traded his pole
For golden wings and a game plan
At Heaven’s Fishing Hole.

The tales you told about each catch Its stature and its girth
Will live in memories unmatched As days pass here on earth
Until we meet again, one day
Upon God’s golden sand We’ll picture you, no other way
Than with a pole in hand.

Private family memorial will be held Saturday and internment of ashes to be held at a later date.
The family would like to extend a special thanks to St James staff for all the kindness and support. Especially Dr. Watson and RN Isaac. We thank you so much!
Donations may be made to the American Cancer Society or a charity of the donors’ choice.

Please visit below to offer a condolence or share a memory of Richard.

Axelson Funeral and Cremation Services has been privileged to care for Richard and his family.