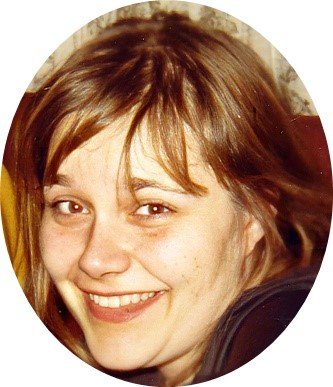 Karen Geritz Shacklett passed away in Butte, Montana, from heart disease complications on May 17, 2022, after a failed March 2019 bypass surgery.  She was born Cheri’ Kenkel, illegitimate, on January 23, 1947, at City Hospital in St. Louis, Missouri, to Erline Kenkel, nee McCarthy, who was separated from her husband Frank Kenkel at the time.   Accompanied by her then boyfriend and later husband Vernon Aubuchon, Erline surrendered Cheri’ for adoption to his aunt Carol “Carrie” Geritz and her husband John Geritz, who changed Cheri’s name to Karen.  John Geritz died when Karen was nearly 4 years old and, subsequently, was raised by her single mom Carrie. Karen believed Carrie legally adopted her around age 6 with the assistance of a lifelong, political friend Judge Donald Gunn. Karen always talked affectionately about her adopted mom, remembering that they had lived in several apartments in North St.  Louis.  Karen attended a variety of Catholic elementary schools: Holy Name, St. Laborius, Holy Rosary, graduating from DeAndreis High School in 1964.  In October 1964, Carrie Geritz died when Karen was seventeen, and Karen then moved in with her cousin Carol and children who lived two doors away.

Through a friend’s deception, Karen accidentally met her birth mother Erline around 1965, when Erline was married to Jerry Marsden. Because her mother feared her husband’s repercussions, Karen’s relationship to Erline was kept secret.  However, Karen met other members of her mother’s family, notably Erline’s aunt Lorraine Boston who had always known of Karen’s familial relationship.

In 1967, Karen moved to San Francisco to live with her biological father, Edward “Lucky” Heimann.  Karen often said that her mother and father had about a dozen marriages between them, but never married each other.  Karen worked as a bank proof operator, bookkeeper in the San Francisco Bay area.  She lived a colorful life during those famous hippie years, leaving San Francisco in 1972 to live in Deadwood, South Dakota, for 2 years, then briefly staying in Great Falls, Montana, before ultimately visiting her former roommate Bonnie Saylor, now Kiedrowski, married at that time to Richard Fladland, who was living in Tahoe City, California.

It was 1974 in Tahoe City, when Karen met her future husband, Dale Shacklett, who was living in a teepee. Karen moved in with Dale where they braved the wintery weather in a camper shell next to the teepee. They were inseparable. Married on May 14, 1977, in San Francisco, they moved to Billings, Montana, where they initially stayed with her former roommate Cassandra Reeh and Eric Taylor (who later married in 1978) and then moved to 1819 8th Ave. North in Billings.  Karen and Dale lived there for roughly 5 years, before moving to the Helena, Montana, area in 1983, where they lived for approximately 17 years. Having earned her boiler operator license, Karen worked for the Helena School District as a custodial engineer.

In 1990, Karen and Dale moved to Seattle, Washington, where Karen graduated from Eaton Technical College and attained a Medial Assistant license.  However, working with people was never Karen’s passion; she preferred to work with animals.  In 1991, Karen began employment at Phoenix Laboratory for Veterinarians in Woodinville, Washington, as a Lab Aide. The business later relocated to Mukilteo and then to Everett, Washington.  In order to be closer to her job, Karen and Dale purchased a home in Everett.

Unfortunately, Karen and Dale went their separate ways in December 1999, but did not officially sever their marriage until July 2, 2003.  Despite their differences, Karen and Dale had always maintained a congenial friendship. In fact, Dale spent most of the 2020 and 2021 summer months with Karen, giving them a chance to communicate and review their life together, as well as making new memories.

Karen worked at Phoenix Laboratory for 25 years, retiring from that position on October 31, 2016, and moving to Butte on November 1, 2016, to be closer to her dear friends Peg and Howie Amtzis whom she had first befriended in Billings. Later they were neighbors in East Helena, Montana. After Karen’s failed 2019 bypass surgery, Peg and Howie fulfilled innumerable caretaking responsibilities for her. On September 24, 2021, Karen reluctantly moved to the Crest Nursing Home in Butte, because she was no longer capable of living by herself.

Throughout Karen’s life, she had always been a lover of animals, having owned numerous cats and dogs.  She loved historic houses and vintage cars. Her favorite hobby was shopping at second hand stores, collecting antiques, especially blue glass. Throughout her life, Karen accumulated many friends who were significantly important to her and who mourn her passing.  Karen is survived by her half-sisters Linda Heimann and Charlene “Chick” Johnson, and half-brothers Jerry Marsden and Dennis Rodney “Rocky” Kenkel. Tragically, Karen’s younger half-sister Tammy Heimann completed suicide in February 2020.

Axelson Funeral & Cremation Services are in charge of her cremation. Her ashes will be scattered at Homestake Pass. In lieu of flowers, Karen’s wish was that her loved ones donate to the SPCA in her memory.

Please visit below to offer the family a condolence or share a memory of Karen.

Axelson Funeral and Cremation Services has been privileged to care for Karen and her family.