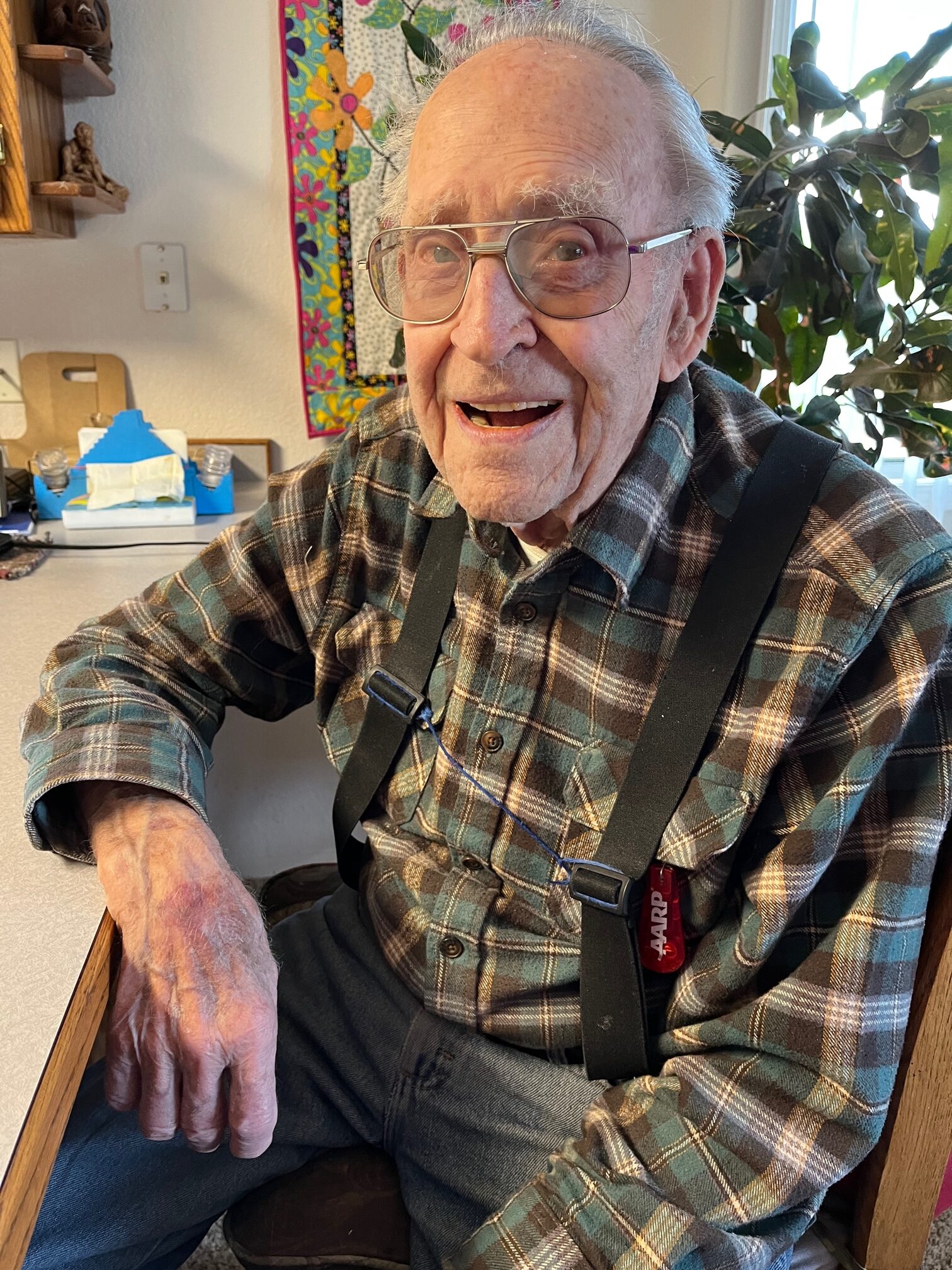 Edward was born in Deer Lodge on August 21st, 1926, to parents Charles L. Johnson and Lida Brenton. At age 19, he joined the U.S. Army, participating in the war effort during World War II and earning medals for his service.

After the military, Edward’s main occupations were working as a conductor and a brakeman on the railroad. He was married twice, first to Florence “Skippy” Johnson, who passed away in 1967, and then to Barbara Johnson on August 8th, 1969, at Rock Creek Lake in Deer Lodge. She later passed away on November 7th, 2010.

Edward was very talented and crafty, and enjoyed hobbies of woodworking and quilting.

He is survived by his daughter Charlotte Molendyke (John), and step-daughter Lorean Newbrough, as well as 8 grandchildren, 18 great-grandchildren, and several nieces and nephews.

A grave side service will be held at 11 A.M. on August 20th, at Hillcrest Cemetery in Deer Lodge, Montana.

Memorials in honor of Edward may be made to the donor’s choice.

Please visit below to offer the family a condolence or share a memory of Edward.

Axelson Funeral and Cremation Services has been privileged to care for Edward and his family.