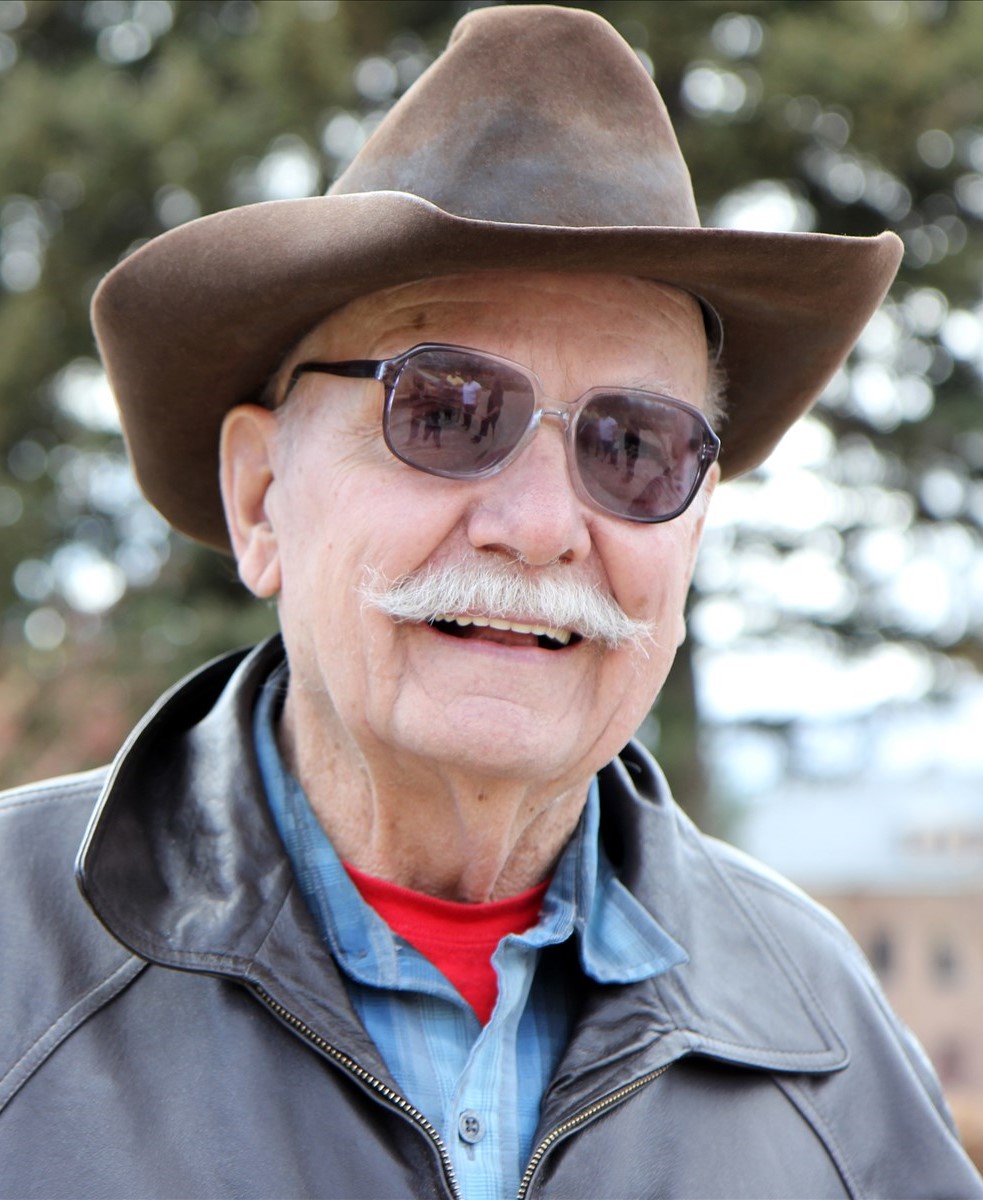 Donald Edward (Curley) Marchwick, 96, passed away peacefully in Butte, MT at the Southwest Montana Veterans Home on December 7, 2022.  Fortunate to have lived his first 90 years with very few health ailments, recent years were filled with age-related conditions and a year ago he moved into the veterans’ home in Butte, where he received excellent continual care. The son of Peter Marchwick and Marie Tlustosch, Curley was born October 13, 1926 in Culbertson, MT and grew up in Sidney and Culbertson.  Independent from an early age, he left high school to join the US Navy in July 1943, serving in the Asiatic Pacific until WWII ended.  In November 1946 he completed his service and returned to Culbertson, where he worked as a truck driver for Great Northern Railroad.  There he met Grace Neikirk of Bainville; they married in Culbertson on November 6, 1948.

Curley and Grace embarked upon a vagabond life, moving across Montana and back again, building an active family of five children over ten years, with each one born in a different city.  When the fourth child reached school age in 1962, the family settled in Wolf Point where they spent the next 16 years. Although Curley spent some time in sales (life insurance, mobile homes) and construction, he always returned to long distance truck driving, hauling loads of grain and cattle over the open road.  In Wolf Point he was owner/operator of the trucking firm Crown Distributors for many years while his kids completed their pre-college education in the Wolf Point school system.

With the kids grown and gone, wanderlust again took over.  Over the next 20+ years, Curley and Grace moved around Montana to Bozeman, Great Falls, Lincoln, East Helena, Clancy, and back to East Helena.  Several winters were spent in Arizona until failing health made travel difficult for Grace.  After Grace passed away in 2008, Curley remained in East Helena as a home base.  Somewhat of an entrepreneur, Curley used his mechanical and marketing skills to “wheel & deal” his way through a life of buying and selling vehicles, equipment, and real estate, most of all enjoying the constant interactions with people, resulting in acquaintances spread over the western USA.

Curley shared with Grace a lifelong passion for animals, especially dogs.  He was never without a couple of dogs and usually included a cat in the household. Curley was never interested in much discipline or training when it came to his dogs, always insisting their constant barking was because he had trained them to be “watch dogs”.

Curley was preceded in death by his wife of 60 years, Grace, his brother Eugene (Whitey), and grandson Tanner Moe.  He is survived by his five children:  Terry (Ra) of Laguna Niguel, CA; Tom (Donna) of Belgrade; Toni of Roseburg, OR; Teresa (Scott) Neubauer of Wolf Point; and Tamara Moe of Bozeman.  He is also survived by eight grandchildren, eleven great-grandchildren and one great-great grandson. Curley is also survived by brothers Tom of Wyoming, Jim of Bozeman, Jack of Arizona, Jerry Park of Arizona, Larry Park of Park City, MT and many nieces and nephews.  Honoring Curley’s request, his remains along with those of Grace will be interred together next spring.  No services will be held at this time.  Memorials may be made to your local animal shelter.

Please visit below to offer the family a condolence or share a memory of Curley.